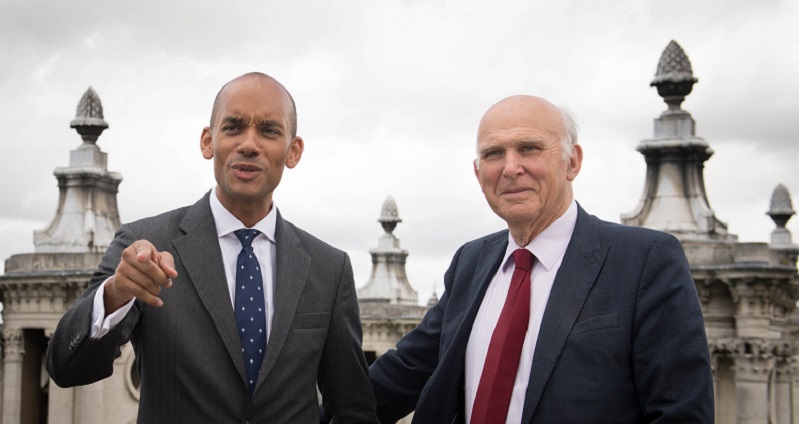 I have chosen to join the Liberal Democrats because I believe they offer the best chance to improve the lives of people in Streatham and Lambeth, as well as countless other citizens across our country.

Our politics is broken. Labour and the Conservatives are failing to provide the leadership our country needs.

They can’t provide the answers because they are part of the problem.

That is why I left the Labour Party earlier this year – I was not prepared to stand idly by and do nothing.

Like many, I found it hard to come to terms with the impact of the public spending cuts which were instigated by the Conservative-Liberal Democrat coalition government of 2010-2015.

I did not disagree that there was a need to reduce the deficit and debt – there is nothing progressive in spending more each year paying debt interest than investing in housing, transport or education.

Indeed, Labour’s last chancellor accepted this. However, I disagreed with the speed and severity, and the extent to which cuts to public spending as opposed to tax increases were made to carry the burden.

Four years on, things have changed. The Liberal Democrats have voted against every Tory budget since 2015.

They stood on an anti-austerity manifesto in 2017 with, for example, commitments to end the public-sector pay cap, increase tax to pay for the NHS and reverse cuts to housing benefit and universal credit.

Senior figures have said that they should not have allowed measures like the bedroom tax to be introduced.

They also accept that a major mistake was made in relation to the pledge given on university tuition fees. Most importantly, the biggest impediment to ending austerity currently is pressing on with Brexit.

According to the Conservative government’s own economic impact assessment, the UK will be poorer under any form of Brexit

In every Brexit scenario, tax receipts will be hit hard, depriving the Exchequer of much needed revenue to invest in public services.

Labour and the Tories are committed to facilitating Brexit, and Brexit makes ending austerity virtually impossible.

The Liberal Democrats are not – they were arguing for a People’s Vote and to remain in the EU from the very start.

I suspect those who will be most critical of the decision I have made will be many of those still in the Labour Party.

The question they must answer is how, if they are committed to ending austerity, continued support of a party’s leadership that is committed to Brexit helps achieve that goal.

Privately, many accept this, and know that a visceral hatred of the West and antisemitism is all too common place in too many Labour circles.

They also abhor the bullying behaviour by supporters of the leadership as much as they do the fact it is tacitly sanctioned.

In its words and deeds, Labour is not being true to the progressive values I believe in, and they know it.

After being in retreat for the last few years, the progressive centre-ground in Britain is fighting back.

Brexit runs counter to the values we hold dear. Instead of waving the white flag and leaving the field, progressives have rolled up our sleeves, taken to the streets and campaigned.

After leaving one of the two main parties, I had thought that Britain needed a new party at the centre. I believed that was what the millions of politically homeless people in Britain wanted. I was wrong.

I massively underestimated the challenge of building a new, fully fledged party in the midst of a national political crisis, never mind attempting to do so at the same time as running a national election campaign.

Also, I have no doubt that under the voting system used in Westminster elections, there is space for only one main centre ground party – the Liberal Democrats.

You have your ups and your downs in politics. Politicians are all human, and we have our flaws. I have plenty! The important thing is to learn the lessons from your mistakes, to listen to what my community is telling me, and to strive to do better.

I have chosen to join the Liberal Democrats because it is at the forefront of a renewed, progressive and internationalist movement in British politics that shares my values.

The behaviour of the leadership of the party is in keeping with those progressive values.

For all these reasons I am convinced the Liberal Democrats, as the spearhead of a broader progressive movement in civil society, offer the best chance to improve the lives of those I represent as well as countless other citizens across our country.

The time has come to put past differences behind us and, in the national interest, do what is right for the country.