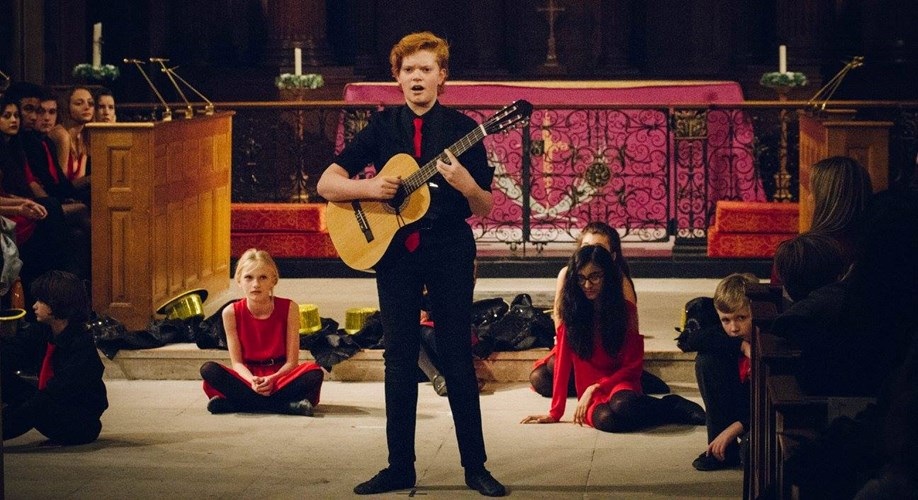 A 10-year-old boy’s parents are appealing for support from the public to help him realise his dream.

Milo Claes won a place at the  Italia Conti acting academy after auditioning against hundreds of young hopefuls, but his family are having difficulty in finding the £13,000 tuition fees required. They have produced a crowd-funding page asking for public support.

On receiving the acceptance letter from the academy Milo said: “I was so excited. It took me a while to realise what was written in the letter, I was just speechless and so happy. A dream coming true.”

Previous Italia Conti students include Russell Brand, Naomi Campbell, Pixie Lott, Sir Noel Coward and Leona Lewis. Milo told his mother that he wanted to be a performer when he was three. She looked for drama schools close to their home in Orpington and enrolled him in the All the Arts Theatres (ATA) school, based in Bexley and Bromley, which he attends four times a week.

Milo said: “I adore singing, I love acting and I like dancing too. I take every opportunity to perform
and the stage is where I feel best.”

His acting idols include Johnny Depp, James Corden and Nickelodeon kids TV star Casey Simpson, while pop sensation Ed Sheeran inspired him to learn how to play the guitar.

Mum Katrien, 41, said: “We are so proud of Milo. The minute the letter came through the door, we were so excited for and with him.

“All his hard work has paid off. And we realise that this is just a start. After the high of finding out he has been offered a place, we had to come to reality and start looking for a sponsor or a way of affording the fees. We would all be so devastated if we can’t accept his place because of lack of funding.”

ATA principal and former soap actress Lucy Morgans said: “Milo grabs every opportunity to perform, take exams and rehearse. He has been hugely successful in recent years, winning roles in The Railway Children in the West End, professional pantomimes as well as dancing with Diversity in a recent BBC TV series.

“It would be a travesty for this dedicated young man not to accept his place. He is truly one of the hardest working pupils we have ever met.”

If you’d like to help Milo by contributing to his just giving page, go to: www.justgiving.com/crowdfunding/miloclaesitaliaconti