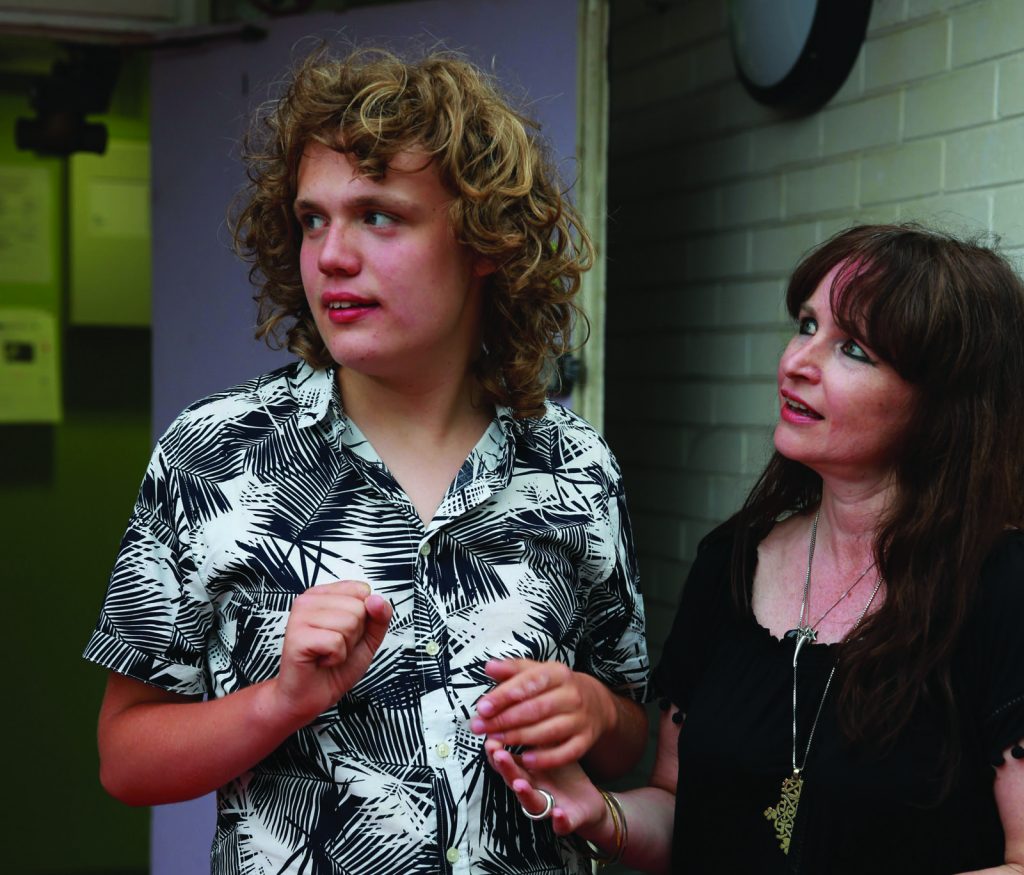 Lewisham council presented proposals for the future of Drumbeat School’s extended services in a meeting with parents on Monday, January 22.

Drumbeat serves boys and girls aged 4-19 in Lewisham who have been diagnosed with the highest levels of autistic needs.

The new proposals saw the price of the after-school club and holiday club services rocket from £11 for one and a half hours to £39 for those requiring the highest level of care.

They also proposed charging £5.50 per child for transport home, where this had previously been free. This amounts to £178 per week for six hours of care.

Sally Watson and Nigel Kersey of Forest Hill have a 17-year-old son called Daniel who has autism and learning disabilities.

Ms Watson, 53, said: “Life is very difficult. The after-school and holiday club has been holding us together as a more or less functioning unit.

“The prospect of that going is really worrying.”

She added: “Many parents will not be able to afford these services now.

“We might be able to send Daniel to one or two days but it means Nigel and I will not be able to work as much.”

If there are not enough parents who can afford the services at the new prices then it is likely they will have to be cut.

His mother said Daniel has a tendency towards violent behaviour and as he has grown older and bigger it has reached the point where it is not safe for Ms Watson to take care of him on her own.

She said: “It is a risk now even to take him outside by myself. I have had experiences where he has turned violent out in public and he has started beating me.

“A member of the public has then had to help me.

“The after-school club gave us some room to breathe and lead a more normal life.”

Taking care of Daniel has meant Mr Kersey and Ms Watson have had to reduce their working hours.

Ms Watson said: “This is not just us, it is happening to many other families in Drumbeat.

“With this added stress I wouldn’t be surprised to see families breaking up and crumbling here.”

For the holiday club the charge is up to £156 per day, but Lewisham have said they are prepared to pay for up to 24 places at the holiday club if the child has had an assessment that demonstrates that this is necessary.

Sheryl Burton has a 17-year-old daughter who attends the school in Roundtable Road, Bromley.

Ms Burton said: “At various points we have been teetering on the brink as a family.

“Drumbeat is a stimulating and safe environment. It gives my daughter a chance to socialise.

“Without these services she will be at home getting more anxious and frustrated, culminating in lashing out and other behaviours.”

Parents received a letter in March from the school which said they could not afford to keep running the extended services due to cuts from the council.

But after a backlash from parents the council stepped in to mediate new proposals.

Chairman of the children and young people’s select committee Cllr Luke Sorba said: “It is my duty to co-ordinate scrutiny of decisions made by the executive of the council in that area.

“That is why I have arranged to meet the executive director for children and young people on Monday specifically to discuss Drumbeat School.

“I will also be raising the issue before my committee when it sits on Tuesday. Several years of
unprecedented and relentless cuts to local government funding by National Government, with more to come, have threatened so many vital services the council provides and created heart-breaking dilemmas around what is affordable and what isn’t.”