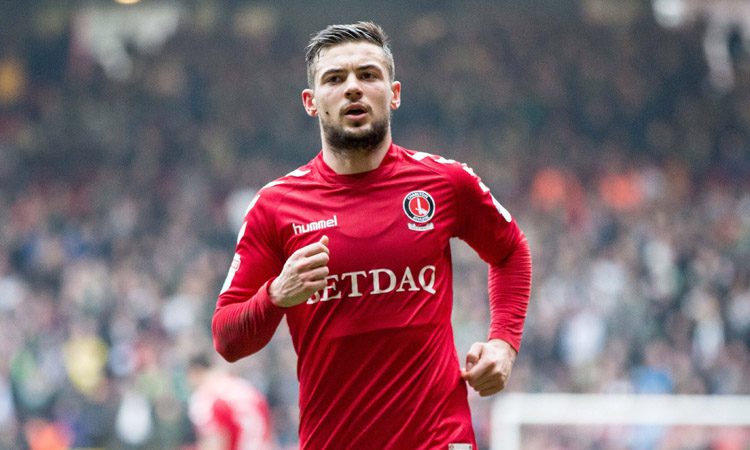 Jake Forster-Caskey has fired out a message to Charlton Athletic fans before tomorrow’s home game against Scunthorpe: “Stay behind us and we’ll get in the play-offs.”

The Addicks suffered a setback on Tuesday night as they were beaten 1-0 at AFC Wimbledon, Lyle Taylor’s goal inflicting a first defeat on caretaker boss Lee Bowyer.

The result did not change Charlton staying sixth in the standings but they face a formidable run-in with Scunthorpe United, Shrewsbury Town, Portsmouth and Blackburn Rovers the next four on the horizon – all clubs with promotion aspirations.

“We’d rather have it in our own hands and it is,” said Forster-Caskey. “We know what we have got to do. The fans are behind us and we need them now – they are going to be massive for us.

“The last few times we have played at home they have definitely pushed us on. Stay with us, get behind us and we’ll get in there.

“We have got some top sides to play but to go up you have got to beat the best teams anyway.”

Forster-Caskey opted against handing out praise to Wimbledon as they prevented Charlton from scoring. The Addicks had racked up 10 goals in Bowyer’s first four fixtures in the hotseat.

“Sometimes you don’t create as much as you want to. But you are away at a tough place – it is intense. They didn’t really create anything – they scored from a mistake. He [Patrick Bauer] slipped over [to give Taylor a shooting chance]. Anybody can slip.

“They played long ball, they got the goal and clung on, to be honest. They just kept kicking it long, they didn’t really have a threat.

“It’s just frustrating because it is definitely points dropped. We expected to come here and pick up at least one point, if not three. It hurts us as much as everybody else because we’re desperate to get in the play-offs.”

“We need three wins – maybe four,” said Forster-Caskey. “Scunny is a massive game at home. We’ve been good at home since Bow’s taken over, we’ve been really good.

“We will take this on the chin. We need to go again on Saturday.”