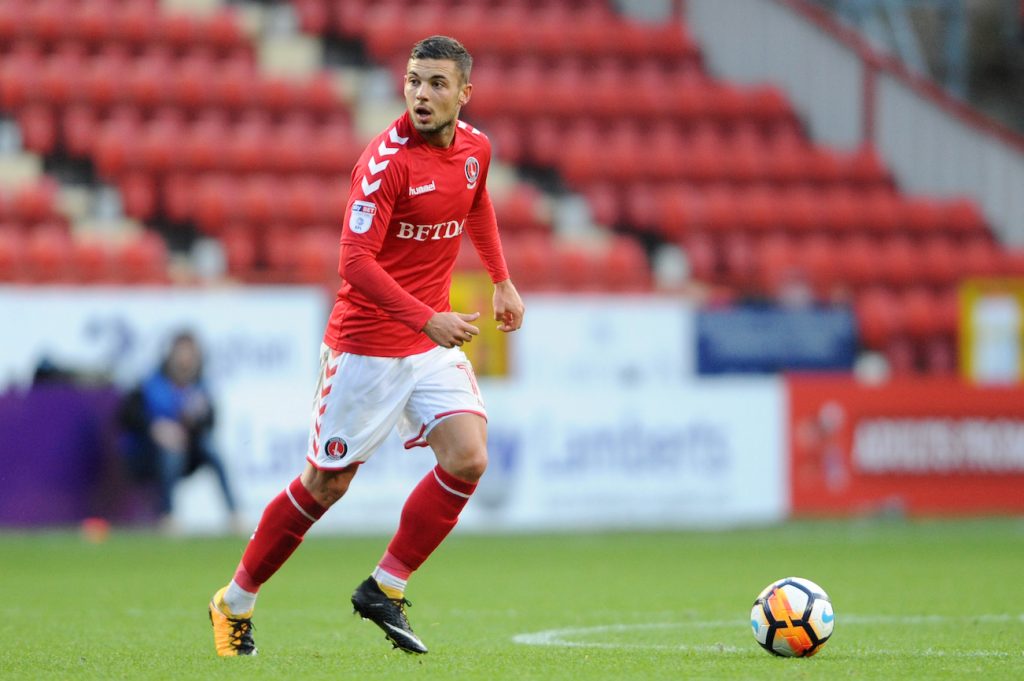 Jake Forster-Caskey reckons Charlton will continue to pick up victories if they play like they did during the 2-2 draw with Milton Keynes, writes Louis Mendez.

The Buckinghamshire side equalised through a controversial penalty in the closing stages of Saturday’s game, after a Scott Golbourne own-goal seemed to have secured what would have been a deserved three-points for the South Londoners.

“I haven’t seen it back but I was pretty close to it at the time and I didn’t think it was a penalty,” said the 23-year-old midfielder.

“We played really well. If we play like that, we’ll win a lot of games. That’s the positive we have to take out of this.

“We needed that second goal. I had a couple of chances. 1-0 is a bit of a tricky scoreline. We knew that they were going to have a spell, they’re a good side. We deserved to win. It was a couple of iffy decisions. If we play like that I think we’ll pick up a lot of points.

“We felt we were on top for the majority of the game. They had a little spell but we felt quite comfortable. They scored a good goal, then we got back on top again and got the goal. I don’t want to say too much on the decision because you can’t blame it on that, but we played really well.”

Despite the disappointment of the late equaliser, the draw means that the Addicks are now eight games unbeaten in League One under Karl Robinson. Forster-Caskey says that there’s plenty to look forward to for the Charlton support.

“We’ve got loads of confidence,” he explained.

“You can see they (Milton Keynes) were cheering after the game that they drew and we were disappointed – that shows how far we’ve come. The fans were brilliant again. They were behind us the whole way. Even when they scored, they got straight behind us. It helps. We’ve got two games in hand, a lot of games coming up. We’ve got confidence. It’s an exciting time.

“[Robinson] just said that if we perform like that, we’re going to pick up results.He was a little bit disappointed that we drew. I think he felt like we should have won. That game has gone now. We have to look to the games that are coming up. Because we’ve got a lot of games in a short period of time.

“We’ve got loads of games coming up, Tuesday (at home to Rochadale) is another big one. Hopefully we can keep making the Valley a fortress and we’ll be okay.”

One thought on “Jake Forster-Caskey: Milton Keynes performance will usually be good enough for Charlton to bank a win”