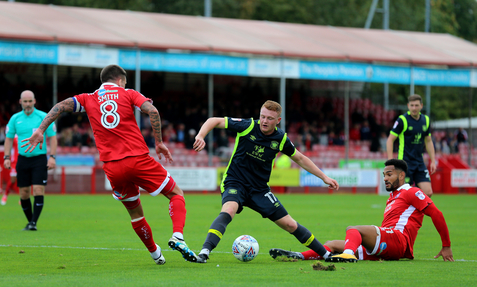 Millwall right-back James Brown was a long way from home when he went on loan to League Two Carlisle United last season.

But this time he will be going even further – the defender has signed to go on loan to Scottish Premiership club Livingston.

It is a sign of how highly rated the 20-year-old is in the game that even though he was still a teenager at the start of this year, boss Neil Harris feels he is ready to take on the big guns of Celtic and Rangers.
And he will have a manager who knows how to do it – former Scottish internationial striker Kenny Miller, appointed to the hotseat in the summer, is one of only five players since 1945 to have pulled on the shirts of both clubs. He had a total of three spells at Rangers.
The West Lothian side won promotion back to the top flight for the first time since 2006 thanks to a 3-1 aggregate win over Partick Thistle in April.
Brown has played in Millwall colours just once – a 2-1 Football League Trophy win over Gillingham almost two years ago.
Last season he featured 34 times for United, helping them into contention for the play-offs in the latter stages under Keith Curle – but they ultimately fell narrowly short.