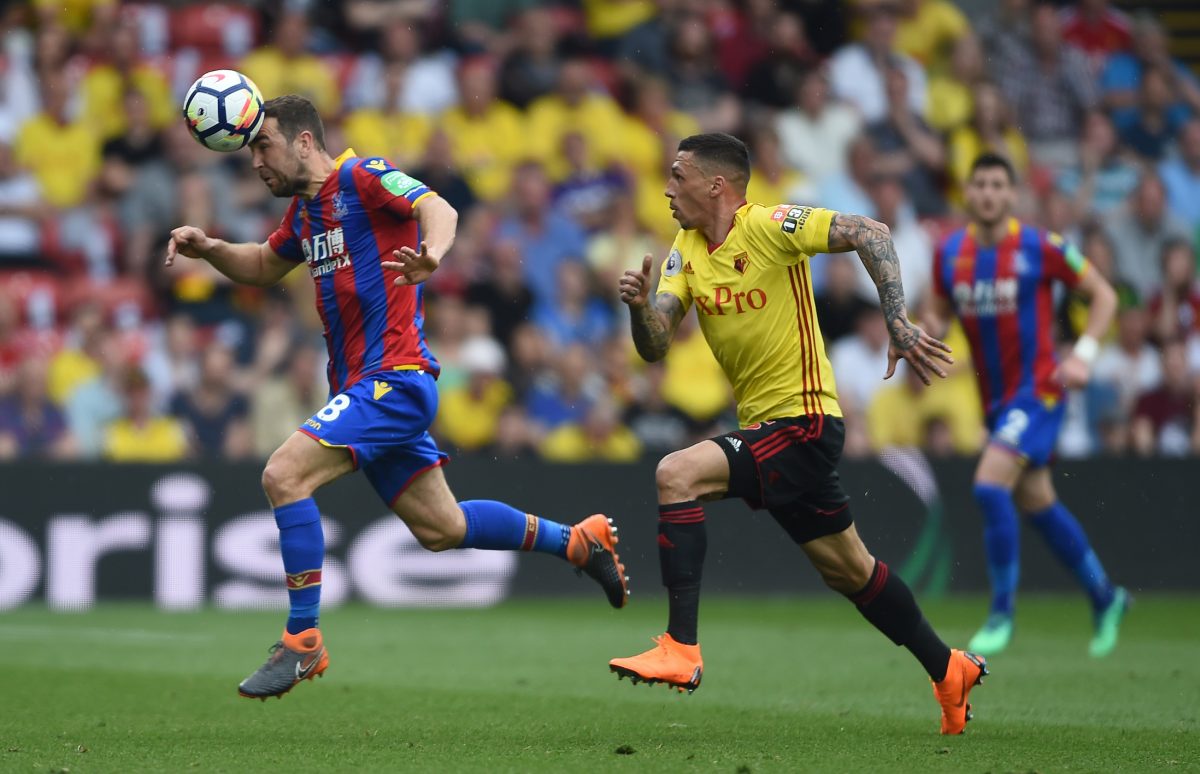 James McArthur has spoken out about his love for life at Crystal Palace and admits: “I’d love to end my career here.”

The 30-year-old Scottish international has been linked with Rangers and Championship play-off finalists Aston Villa.

“I’m not bothered [about the speculation],” said McArthur.

“I’m a Palace player, I love it here. I want to stay here. I’d love to finish my career here. I love it.

“It’s a great bunch, the fans are amazing, the manager; everyone at the club has been brilliant since I stepped foot in the place.”

The ex-Wigan man played in 33 out of 38 Premier League games this season, scoring five times.

After a frustrating start to the season – losing their first seven league games without scoring and an early managerial change from Frank de Boer to Roy Hodgson – McArthur said the turnaround was nothing short of unbelievable.

Palace ended the campaign 11th and finished second in the form table for the final six games, with four wins and two draws, just one victory behind record-breaking champions Manchester City.

“Obviously, the start was difficult – not scoring in seven games was incredible,” said McArthur, 30. “To come back from that has been a real test of character. There were a lot of low moments in the season, a lot of hard times, but it shows the spirit we’ve got and are a team who keep going.

“To stay up with a couple of games to spare by beating Leicester 5-0 on an unbelievable day topped off a very good season.

“Leicester was probably the perfect game, we scored and took control. It was one of those games where everyone really believed we could get the victory.”

McArthur, who made his 200th Premier League appearance this season, was keen to point out the effect of Hodgson.

“Roy’s been instrumental in keeping us up. He shows his experience and doesn’t panic. That sets the tone for everyone – we don’t panic, we keep going.

“He’s got us solid. Normally, when you become solid you lose that attacking threat, but we’ve not done that – we’ve got a very good balance in the team.”

McArthur is keen for summer transfers to be positive for Palace, building a squad for next season.

“It’s important we mainly keep the players that we’ve got here. Obviously, there’s going to be interest, especially [Wilfried] Zaha. “Also, it would be amazing to get Ruben [Loftus-Cheek] back, he’s been instrumental. He’s been injured, and we missed him.

“If we can keep the main squad together and add a couple and we’ll be very strong next year.”

McArthur was speaking at Crystal Palace’s Player of the Year Awards last week at Boxpark, Croydon – a free-to-attend community event.