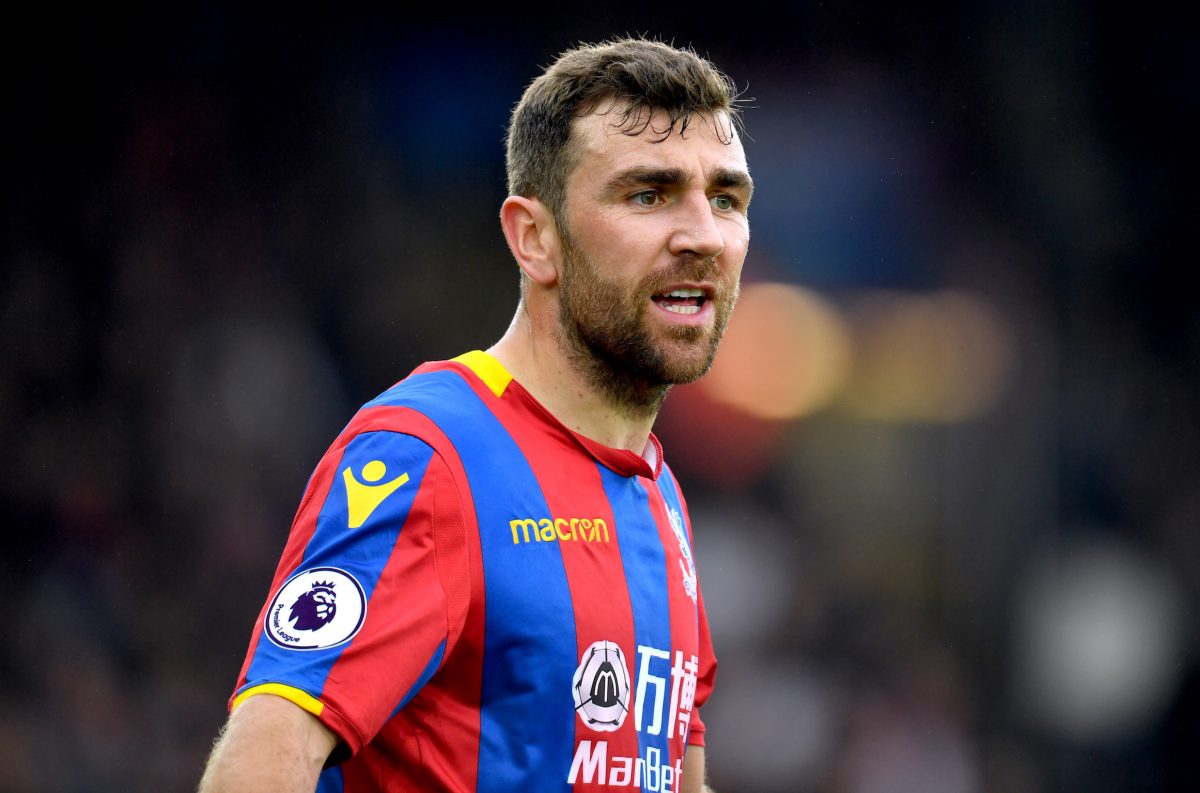 James McArthur has underlined the confidence in the Crystal Palace camp after his goal set the ball rolling on a 2-1 win at Stoke City last weekend which confirmed Premier League safety.

The Scottish international revealed last week that he still has two years to run on his Eagles contract – quashing talk that he was due to be a free agent in the summer.

And McArthur notched his fifth goal of the campaign to equalise for the South London club on Saturday. Patrick Van Aanholt slotted home an 86th-minute winner.

McArthur said: “Ruben [Loftus-Cheek] did brilliantly for it [to set me up], it was a big goal for us to try and get back into the game, but as soon as we scored we turned the game around and we looked the better side and looked like we could score a couple more.

“When you’ve got a full team fit and ready to go we can beat anyone and cause teams’ problems.

“We know our defenders are playing outstanding right now and when they have a great game at the back then we know we’ve got a great opportunity to try and score and thankfully we took a couple of chances.

“We also have spirit and confidence as well – he [Palace manager Roy Hodgson] was delighted for us, especially our second-half performance. He wasn’t quite happy enough with our first-half performance, but that’s a sign of a very good manager: he knows how to stimulate people get them going, everyone in the team.

“I didn’t think we were as bad as maybe the manager made out – we created opportunities and limited them. But the way he gets everyone going and makes sure everyone ups their game is a big part of the reason why we’re staying up.”

Stoke City were relegated and Glasgow-born McArthur said his personal relationships with those on the other bench brought home the emotion of the day.

“I’m obviously gutted for them. It’s not nice seeing anyone relegated, especially people you know and get on with so well, but at the same time we were professional enough to go and get the win.”

With the pressure of staying up off now, McArthur and his Palace team could finish in the top 10 – even in ninth if results go their way – to cap off a remarkable end to the season and the former Hamilton Academical player sees no reason to let up now with just the home game against WBA on Sunday to play.

“We still put pressure on ourselves and want to finish high up the table,” said McArthur, who won the FA Cup with Wigan Athletic. “It’s still going to be hard to get ninth with Leicester’s goal difference but 10th position, we have a good chance of that – results depending obviously. We’ll be going into the game [against WBA] to try and get three points and finish as high up as possible as we can.”

After the full-time whistle at Selhurst Park this Sunday tradition dictates a ‘lap of honour’ where the entire playing and coaching squad salute the supporters, complete with their families in tow, but for McArthur, thoughts about that can wait a little longer.

“It’s obviously a good day, especially when you’re staying up,” he said. “But it will be a great day if we win and we need to make sure that we get the win because you don’t want to finish the season off on a sour note.

“We will be focussing on the game; not the parade and that at the end – that will come in good time.”