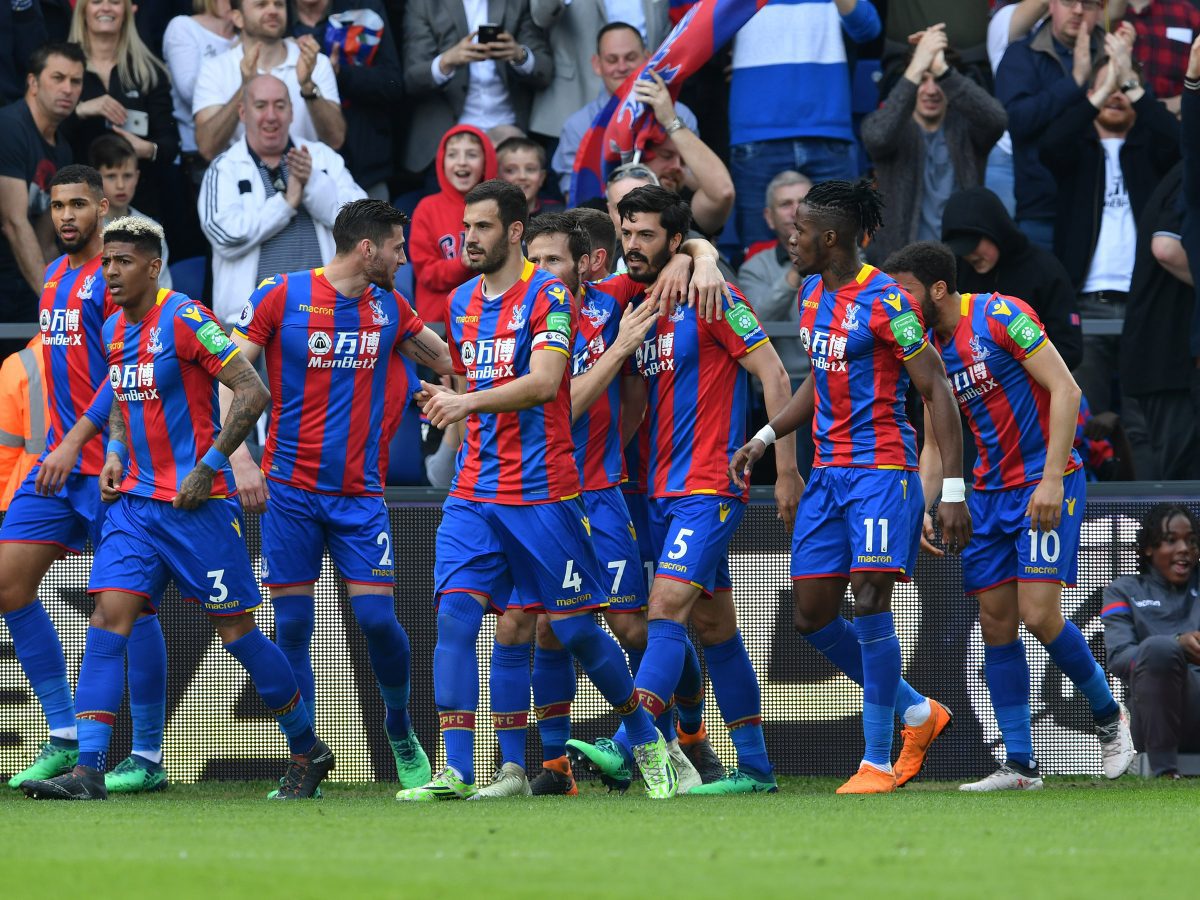 James Tomkins reckons Crystal Palace can count themselves lucky to have a matchwinner like Wilfried Zaha in their midst.

The Eagles have lost all nine matches that the Ivory Coast international has missed due to knee injuries.

And Zaha underlined his importance to Palace again at the weekend as he struck twice in Saturday’s 3-2 win over Brighton.

Tomkins, who netted the second goal in the grudge match, said: “Wilf is Wilf. He turns games by himself and it was more surprising that he scored a header than anything else.

“We’re delighted to still have him. He’s not one of those players who doesn’t put the effort in during training, he puts the effort in wherever and at whatever time.

“When Wilf gets the ball something’s going to happen. He doesn’t shy away from running at defenders and he’s a defender’s worst nightmare at times because of the speed he runs at and with the skill he’s got. He could probably play for any team in the Premier League.

“He’s one of the best I’ve played with. Technically he’s one of the best [in the league]. Obviously at West Ham we had Dimitri Payet, who’s similar in the way that you could give him the ball and he would produce something technically brilliant. It’s just fortunate that we have a player like him in the team. He’s massively important to us and that showed on Saturday.”

Palace are six points clear of the bottom three after beating Brighton.

Tomkins said: “We didn’t want to get caught up too much in the emotion of it being a derby. It was important that we got the three points and moved closer to safety, that was the main objective and thankfully we held on in the end.

“With the fans behind us and the way they were, the place was rocking. To go 2-0 up – it could have been three or four – showed how well we started. The way we finished the first half wasn’t so good because we kept them in the game by conceding the second goal. It was backs against the wall in the second half at times and we rode that storm.

“[For my goal] I just wanted to hit it low. Anything can happen if you do that and it felt like it took ages to go in. It managed to go over the line in the end and they all count, it’s more nice though that we got the three points.

“It’s important to not get carried away. This is just one victory and we need another win and maybe a draw as well to get four points. This has given us a bit of daylight but we need to keep going until the end of the season.”