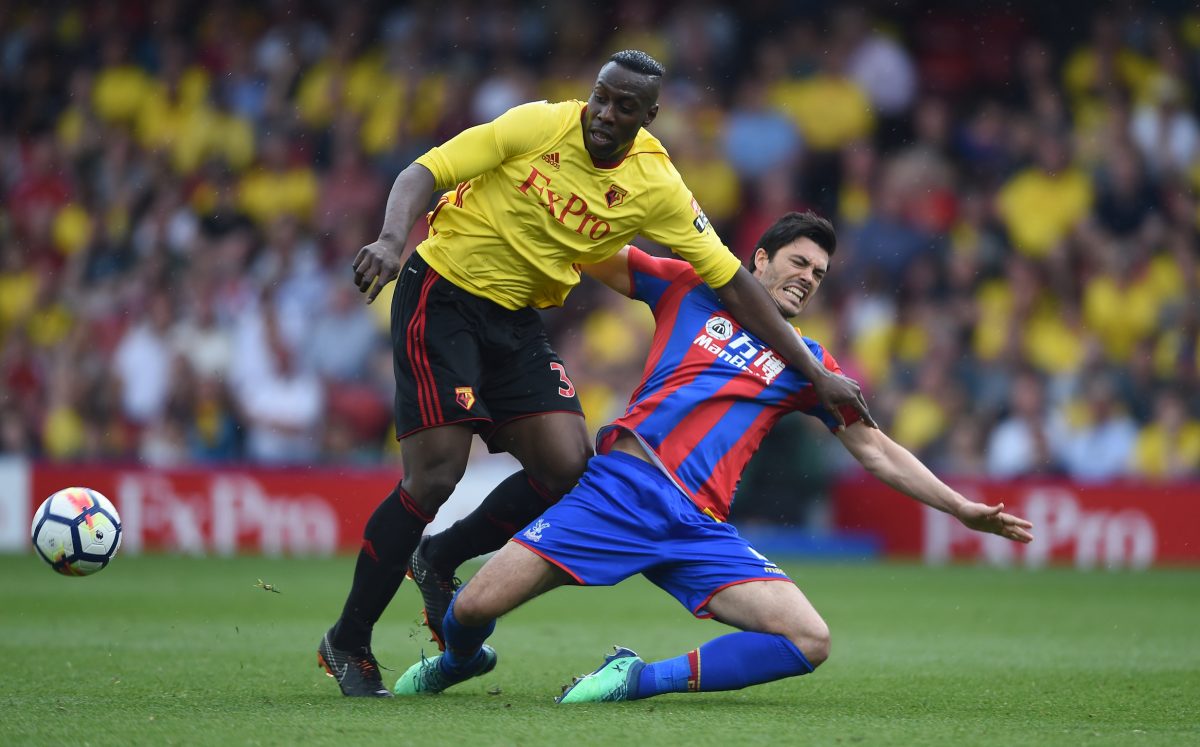 Roy Hodgson’s Crystal Palace side moved closer to Premier League survival after they picked up a point last weekend away at Watford in a match which was short on quality but not talking points as the Eagles talisman Wilfried Zaha became the subject of a national debate on diving.

Throughout the game Watford – themselves fighting for safety in the league – singled out the Palace winger for extra attention and several incidents involving the Ivory Coast international took centre stage.

The match, whistled by Premier League referee Chris Kavanagh in just his 15th game in the top flight, saw Zaha and his Palace teammates shocked midway through the second half when not only was a penalty denied, but the Ivory Coast international was booked for a perceived dive in the box which former Palace player Adrian Mariappa – who made the tackle – later revealed to Zaha should have been a penalty.

“Wilf’s going to get that in games when people will be doubling up on him and putting one on him at times – Watford tried to do that,” Palace defender James Tomkins told the South London Press.

“They tried to upset him and that’s obviously the way they wanted to play the game, but we counteracted that in the second half – I thought we played some good stuff and we were unlucky not to score.”

The first half saw Watford, led by captain Troy Deeney, come out stronger to immediately put Tomkins and the Palace defence under enormous pressure, but the Palace backline held firm under the physical onslaught and were the stronger team in the second period as first, captain Luka Milivojevic with a free-kick, and then Tomkins with a header, hit the Watford woodwork. But in the end a draw was seen by all as a fair result in a classic ‘game of two halves’.

“It’s a point gained,” said the Basildon-born player who joined Palace from West Ham in July 2016. “Troy’s always going to be physical, but I enjoy the physical part of the game and it’s nothing I haven’t seen before, I’ve played against him a few times.

“After the bad first half we had we can’t be too disappointed,” continued Tomkins, who is set to make his 50th league appearance for Palace tomorrow when they face Leicester at Selhurst Park. “They had a free-kick late on which, if it goes in, would have meant we left disappointed, so we’ll take the point and hopefully it will be an important one towards the end of the season – but a point is a point gained.”

With just three games of the season left, Tomkins and Palace know a win against Leicester tomorrow will all but mathematically seal their safety and with the advantage of the raucous home fans, Tomkins is hoping to seal the deal before the end of this campaign.

“Leicester is just another game for us and we’re looking for the win, of course,” said the 29-year-old. “Two out of the three remaining games are at home and with the fans we’ve got behind us I’m sure they will add to us as an extra man.

“They’ve been brilliant there all season and hopefully we can get the win and be out of sight a little bit, but we have to keep going until the end of the season.”