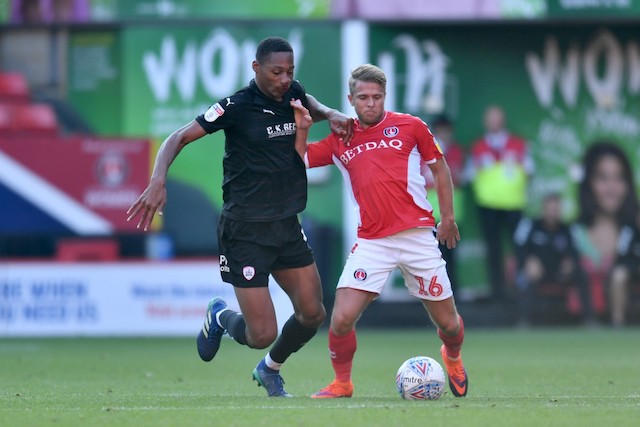 The Tykes had only lost once in the league all season when they rolled into SE7, but a brace from Karlan Grant coupled with an impenetrable defensive display from their hosts saw Daniel Stendel’s outfit return to Yorkshire empty handed.

Ward, who is on-loan from Nottingham Forest until January, is pleased that the Addicks were able to kill the game off – having failed to taste victory from winning positions in each of their last three league games.

“That’s what we’ve been talking about in the last couple of weeks,” explained the 32-year-old.

“Three points, that was obviously the aim. Get back to winning ways. We’ve done well. A good performance and we’re happy with the three points.”

Barnsley boast the joint-second most fruitful attack in the division, but came up short at The Valley against a regimented Charlton defence – who earned just their third clean-sheet of the season.

“Krystian (Bielik) did well. Anfernee (Dijksteel) and Sols (Chris Solly). A lot of credit to them. Josh Cullen in-front of them, brilliant. They’ve all put their bodies on the line, they’ve got blocks in. We needed it, just for a bit of a boost for everyone. A clean-sheet goes a long way in this league. We’ve come up against a very good side in Barnsley who have got some very good attacking players. We’re delighted about that.

“This league is going to be physical. It’s one of the battles where if you can win that battle you’ve got half a chance of winning the game. It’s always nice to have a little battle. I’ve had plenty of them in my career.

“I think defending and mucking in as a team, that certainly is. We’ve probably attacked better in other games. I think all working hard, being together, putting our bodies on the line – yes, I would say that is our best performance.”

Grant’s opening goal came after just eight minutes and was created by a superb through-ball from Ward, switching the play and picking the Addicks striker out just outside the Barnsley area.

“It just fell nicely from Lyle that knocked it down,” explained Ward.

“It fell nicely and I thought if I can get it into his stride. Luckily enough it went there, usually it goes into row Z. He did well with the rest of it. It was a great finish, all credit to Karlan.”