Jayden Stockley was so confident of joining Charlton that he put an offer in on a new home as soon as his loan spell ended.

The 27-year-old striker became a permanent Addicks player in the middle of this month, joining for an undisclosed fee from Preston North End until the summer of 2024.

But Stockley admitted that his prospects of making the switch to SE7 “ebbed and flowed” before a deal was completed.

Portsmouth, Ipswich, Sheffield Wednesday and Rotherham were all keen on the targetman, who bagged eight goals in 22 matches while on loan in South London.

Stockley will rent a place until his new property in Godstone is ready to move into. His family will stay in the Preston area until July, when his daughters finish school.

The Poole-born forward always hoped his move to Charlton in January would lead to something much longer term.

“It was really hard to leave my family in January,” Stockley told the South London Press. “There were clubs around where I was, I could have stayed in the same house up there.

“As hard as it was being away from my family for those few months, it was a case of trying to earn something permanent at the club I was on loan at.

“I wasn’t trying to use it as a stepping stone. I was using it to better myself and better Charlton as well. I was looking at it as a long-term project. When I look back then apart from going up – which would have been the absolutely ideal scenario – it turned out to be pretty perfect for me.

“I put the offer in [on a house] as soon as I left Charlton, with the risk I wasn’t going to come back. I never pulled out of the sale. Luckily it went according to plan.

“At one point it did look like it would collapse with Charlton. It was ebbing and flowing.”

Portsmouth have publicly expressed their disappointment on missing out on Stockley.

They held discussions with him after a fee, reported to be around £450,000, was agreed with Preston.

“It’s an absolutely fantastic club and it is very close to where I’m from,” said Stockley, who had a loan spell with Pompey in the 2015-16 campaign. “It was something I did take very seriously but I felt my loyalty – in terms of the relationships I’d already built at Charlton – were too much to walk away from. My loyalty, on a sub-conscious level, was always hinged towards them.

“Every decision I made was almost based on ‘what are Charlton thinking or doing?’. In my head they had first refusal. I wanted to let Charlton play their hand before I made a decision on anything.

“It wasn’t a case of trying to use people to leverage my situation. There was none of that. I went with my gut instincts at every opportunity.

“You try and put as much information on the table in those situations to make the best decision.

“It was probably the most in-demand that I’ve ever been.

“I had more admirers this summer than I did when I left Exeter after I had scored all those goals there. It seemed to be a new club every day that was interested.

“I was absolutely flattered, but also felt quite proud because there were a lot of really good teams in this league.

“I could have stayed at Preston in the January and just floated on the bench – getting a few starts there until my contract expired at the end of next season. But I wanted to do something about it and change my way of thinking; to go out there, play football and feel important again – get to experience playing week in and week out.”

Stockley is appreciative of Peter Ridsdale’s help. The former Leeds United chairman is an advisor to North End.

“He let me go to Charlton in January when perhaps there were higher payers, in terms of the percentage of your wage paid when you’re on loan,” explained Stockley.

“He bluntly asked me: ‘Where do you want to go in this window and we’ll sort a deal out’. Some players can find themselves in difficult situations trying to leave their club, whereas with Peter and Preston it worked both ways. The respect we have shown each other over the last few years and the character I am – I’ve always given everything to the club – he allowed me to follow this next step in my journey. 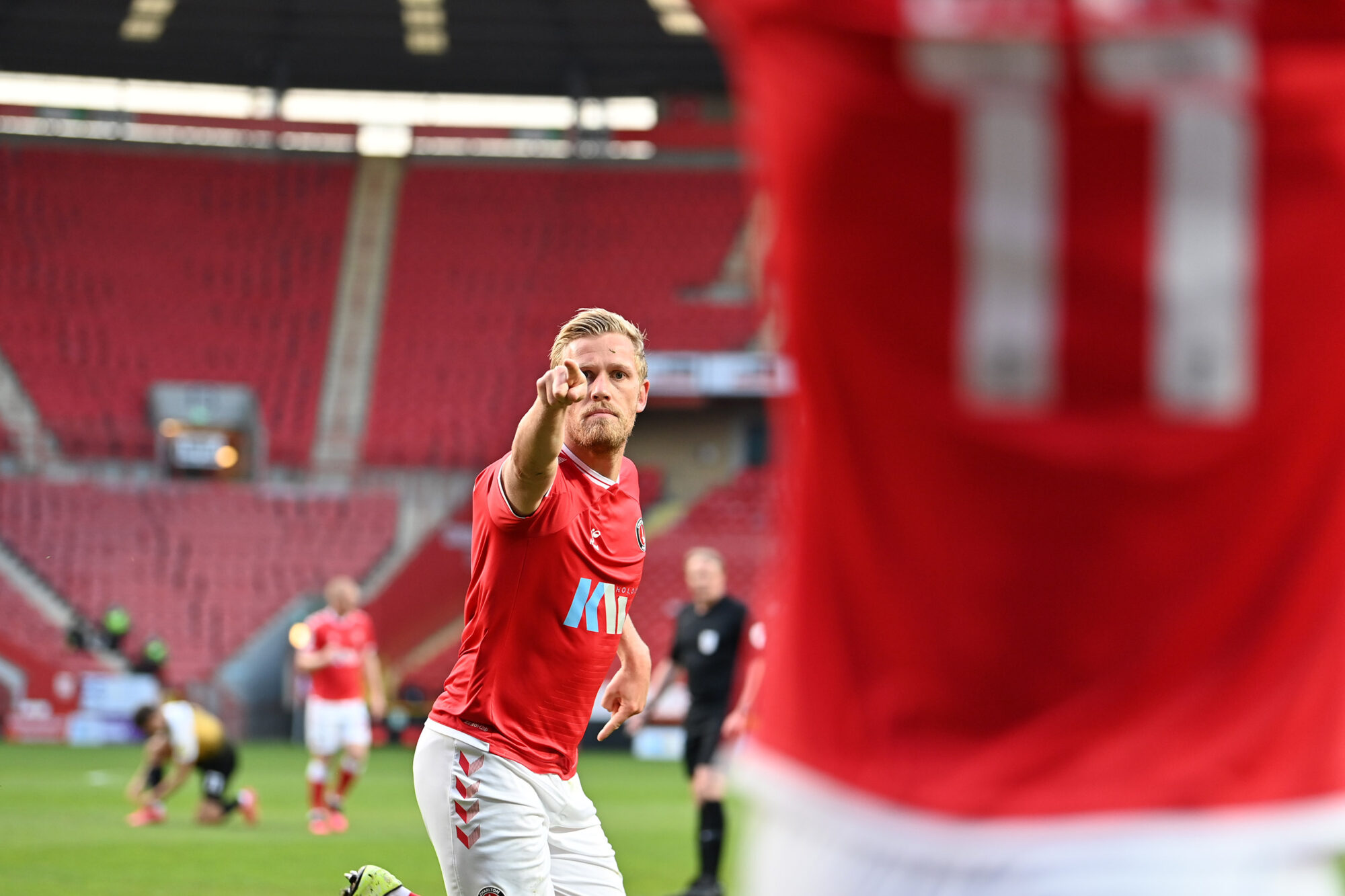 “Football-wise there were a lot of good games at Preston that I enjoyed that I will take with me.

“Sometimes you have got to do that, because there was a lot of quality there. I showed on more than a couple of occasions I was handful.

“I think it was nine goals in 20 starts for me in the league there. It wasn’t a case that I wasn’t going to get goals. If I played on a consistent basis then the goals would easily have come.”

While the exact cost of landing Stockley is not in the public domain, he is likely to be the most expensive signing since 2016 – when Nicky Ajose cost in the region of £800,000.

“If there is 100 per cent commitment to your job and you do everything you can for everyone around you – and the club – then everyone can appreciate that.

“I’ve got very high standards I set myself and I’ve got a very clear aim of what I want from this contract and what I want to achieve for Charlton. It will be an exciting time.”

Stockley’s last appearance for the Addicks was a 1-0 win over Hull City, who collected the League One title-winning trophy at an empty Valley.

“I got jealous about that but the time to do it is when it is a packed stadium and there are thousands of supporters joining in the celebrations with you,” he said.

“Hopefully next season will be my first promotion

“A packed out Valley is something we’ve missed. I hope we can play football and be a team that the fans can be proud of. We’re going to need that place to be a real fortress for us this season.

“The start is hugely important, in terms of the marker you put down.”