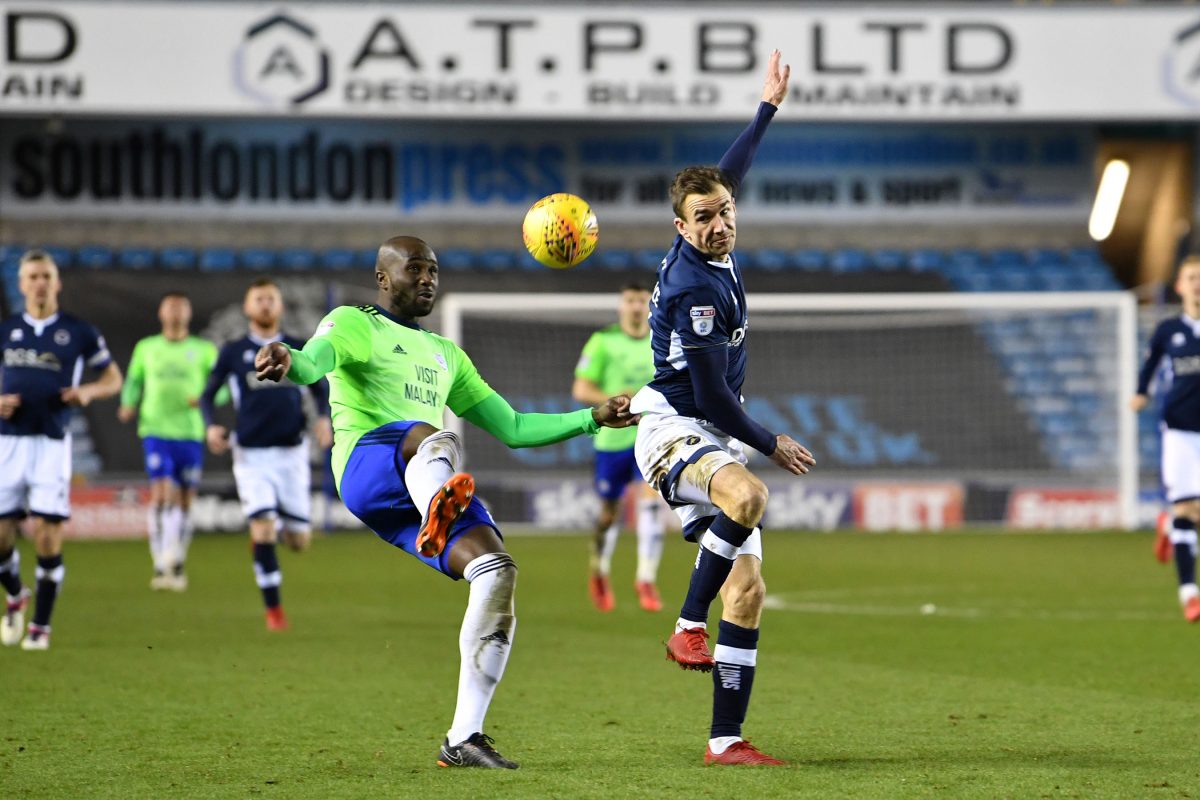 Millwall Sport
13 February 201812 February 2018 Richard Cawley 0 Comments
By Richard Cawley
richard@slpmedia.co.uk
Jed Wallace reckons the Millwall striker pairing of Steve Morison and Lee Gregory have given the South Londoners extra punch over the past month
The Lions’ only defeat since January 1 came in the FA Cup replay at Rochdale last week.
Gregory notched his seventh goal of the campaign in Friday night’s 1-1 draw with Cardiff at The Den.
“Him and Moro in the last six weeks have been the difference for us,” said Wallace. “When they play well, Millwall win football matches.
“Greggers is clinical when the ball comes in for a snapshot. There is always the same argument – is he a top, top finisher? If he did finish every chance then he’d be at a top-10 club in the Premier League, because his all-round game is that good. If you ask any opposition manager, when him and Moro play well then we’re a difficult side to play against.”
Wallace linked up well with debutant Ben Marshall, who signed on loan from Wolves at the end of the January transfer window. Wallace and George Saville were also with the Molineux club until making permanent moves in the summer.
“Wolves’ ressies taking Millwall into the top half of the Championship – Marshy has got good pedigree,” said Wallace. “He likes to get on the ball a lot and I’m someone who likes to run in behind.
“He’s only going to get stronger. Signings like that show the club is going in the right direction.”
Millwall are unbeaten in 10 home matches after their 12th draw of the Championship campaign – only Sheffield Wednesday (13) have had more.
“From 60 to 80 minutes we definitely had a right go – and 20-40,” said Wallace. “We were blowing up in the last 10 minutes and under the cosh.
“Normally we kick the ball out and we get a breather. But they had about eight people who could take a 900-yard throw.
“It was two good teams. It was probably the two sides with the lowest passing stats [in the division] but it’s effective. A draw was probably about the right result.”