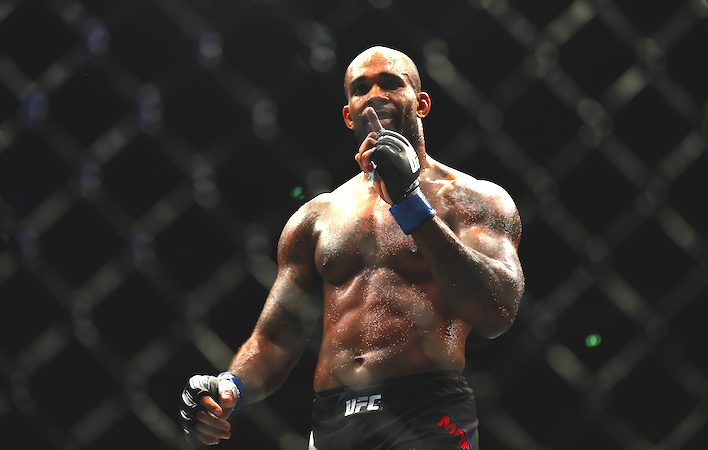 Jimi Manuwa will once again feature on the UFC’s show at Greenwich’s 02 Arena.

The Croydon light-heavyweight faces a rematch against Poland’s Jan Blachowicz on March 17. The pair first met in Krakow, Poland back in April 2015, the home fighter dropping a unanimous decision to Manuwa, 37.

The South Londoner knocked out Corey Anderson when he last fought in London.

But Manuwa’s record fell to 17-3 after he was KO’d by Volkan Oezdemir at UFC 214 in California in July. All three of his losses have been by stoppage.

The only time the big-hitting “Poster Boy” has been the distance was against Blachowicz.

Manuwa – set to fight in the capital for the 12th time in his career – said: “The London fans can expect another knockout. Blachowicz is in trouble.”

Tickets for the event went on sale last Friday via GMT and Ticketmaster.