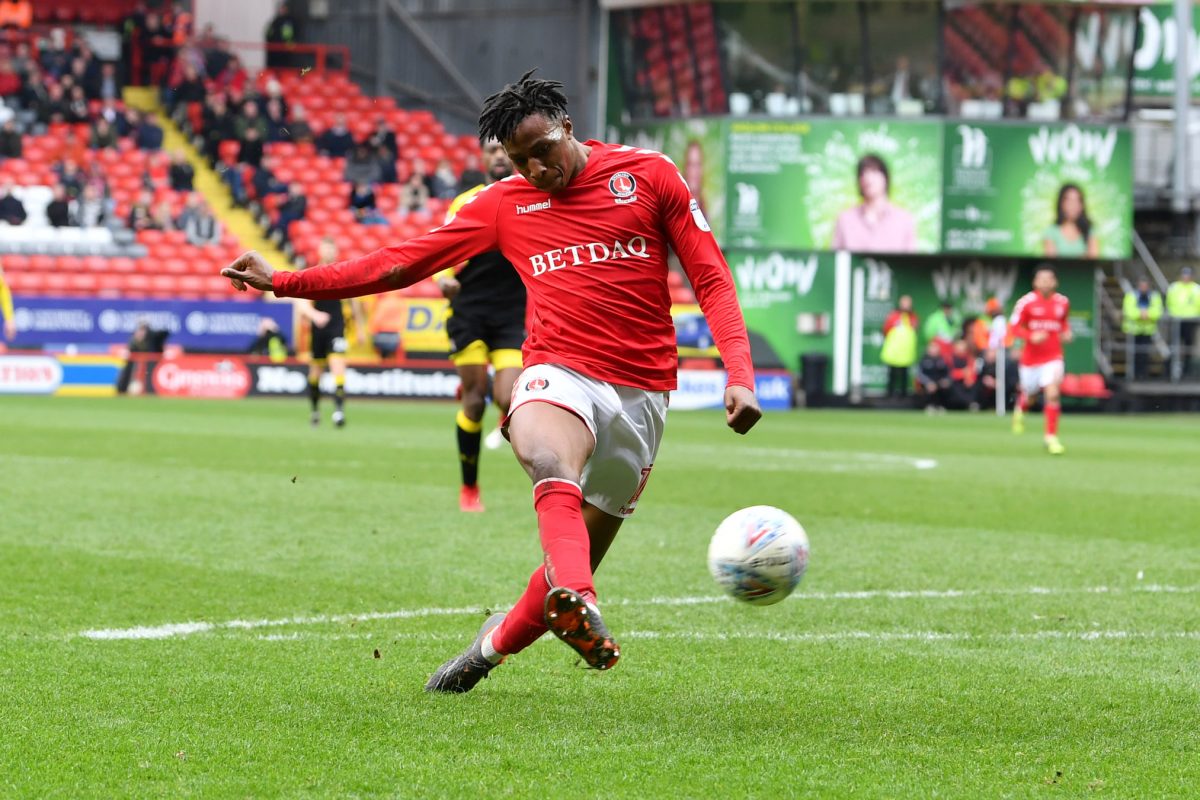 Charlton midfielder Joe Aribo says that the Addicks’ form will have the other play-off contenders in League One siting up and taking notice.

Lee Bowyer’s side have now won three in a row, with that run culminating in a fine 3-1 victory over fellow top-six hopefuls Rotherham United at The Valley on Easter Monday – a result that saw the South Londoners climb back into the play-off places.

“They’ll be watching us and they’ll be worried, thinking Charlton are pushing us,” said the 21-year-old former Staines Town man.

“We’ve got to take every game as it comes. Not look at the game ahead of that one. We’ve just got to keep working hard, winning if we can, and we’ll see where we go from there. We just need to maintain our form, keep winning games.

“Everyone is feeling good. We’ve won three on the bounce. We just need to keep going. Every game that comes we must keep going, fighting.

“Everyone is working for each other. You can see out there, we’re hunting in packs. From there, it makes everything easier. Hard work is the main thing. You have to win the battle first and then earn the right to play.

“Everyone has seen a different side to us because we definitely had to battle out there today and that’s what we’ve done. It does show that we’re a good battling side as well as playing.”

Aribo grabbed a brace in the victory over the Millers – which takes him up to six for the season – and says that caretaker boss Lee Bowyer has played a big part in goals being added to his game.

“Even before he was the manager he used to always do one-to-ones with me,” said Aribo.

“That’s still going on. He always talks to me before games, just to make sure I win my battle first and stay in the game. Make sure I get an assist, goals, get into the box.

“[Former Charlton manager] Karl Robinson, as well as Lee Bowyer, they were both working with me. I’d always hear from the side – Joe, get into the box – it makes me switch on and make my way into the box.

“The first one was just instinct. I wasn’t even going to go but it just fell to me and I just headed it. It came off my shoulder to be honest. The second one I just remember it being high in the air, then chesting it, touch, touch and then just finished on my right. I enjoyed that goal. It was on my weaker foot. I was surprised I shot but I’m happy it went in.

“I want to keep scoring goals but first of all it’s about the team getting wins. If goals come then that just makes it better. I was just focusing on, when I was getting a chance to play, trying to perform. It’s very good that I’m working hard on the training pitch and playing – I’m seeing the rewards of working hard.”