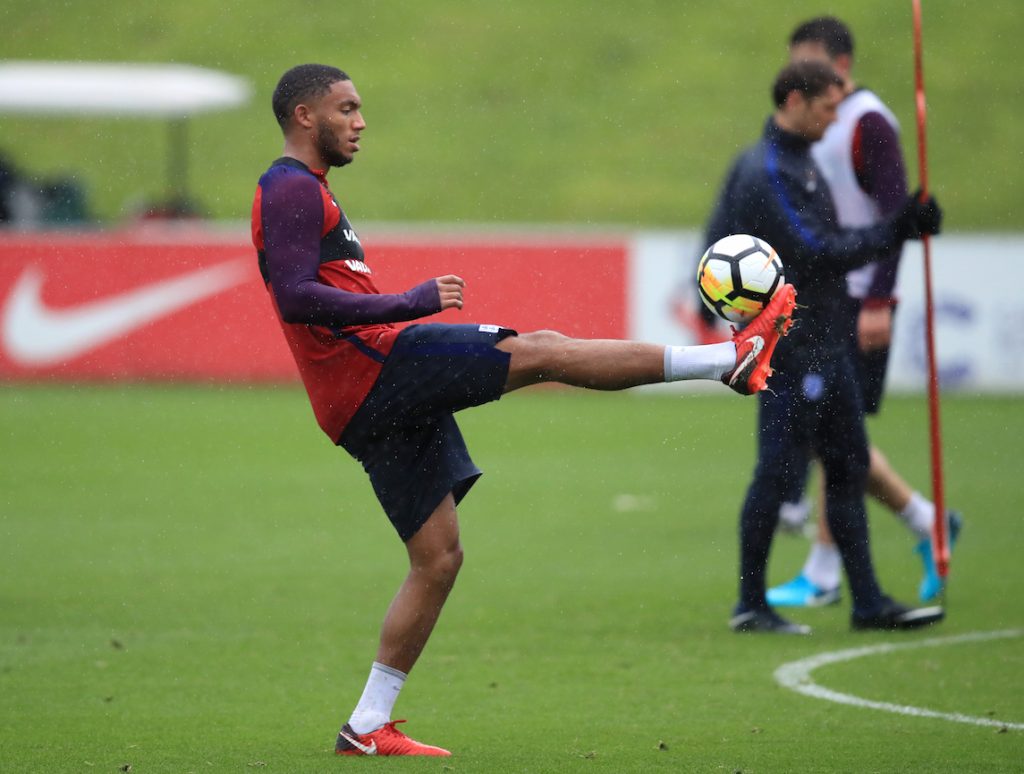 Joe Gomez has picked out Charlton Athletic academy boss Steve Avory as a huge help in his career – as the Catford-raised defender hopes for a senior England bow on Friday.

The Three Lions face Germany and Brazil in friendlies as they gear up for next summer’s World Cup finals in Russia.

Gomez, 20, came through Charlton’s academy and made his first-team debut while the South London club were in the Championship.

He was sold to Liverpool in the summer of 2015.

Gomez has not forgotten his Charlton roots. He said: “It’s a great club with a good history. That was the start of my journey, that’s where I came from, and without them I wouldn’t have the chance to play for England.

“I learned a lot there and I’m grateful to all the coaches that are still there. it’s all part of one big journey that can hopefully get me to next year’s World Cup but at the moment I have to focus on the present and do well for England.

“There’s a few individual coaches that looked after me during my youth team days – like Steve Avory, who saw me through the age groups and helped me on a personal level. He is someone who always looked out for me and who I owe a lot to in terms of my development. I’m sure he will be happy that I’m here.

“It was more of the mentality he instilled in me growing up. He kept me focused and made sure I didn’t dwell that I was a young player playing against older players. I’m sure he will be happy I’m here playing for England.”

Gomez was only 16 when the last World Cup took place in Brazil.

“Obviously I watched the games at my mum and dad’s house in Catford,” he said. “I remember getting the timetables from magazines; either Match of the Day or Match Attax – just tuning in and keeping up to date.

“It would have taken a lot to convince me that would be a reality [for me]. Obviously I would grab the chance if it was put in front of me. It does seem like quite a journey. It’s had it’s ups and downs. I had a season when I was injured and it took a lot to stay strong through that. But this is the sort of thing that was my motivation to get the opportunity to play for England at senior level and I’m just happy to have the opportunity to play.”

Gomez rejects any notion that playing for England has lost any lustre – despite the strength of the Premier League and Champions League – for young players coming through.

“Everyone comes together to support the country. Regardless of how people view it there’s still a passion to watch England and support the country. As players it’s down to us to fulfil our potential. I still feel there’s a passion to support English football and the country.
“Ideally I want to end up as a centre back. That’s where I think I can progress the most and develop to be the best I can be. But I enjoy playing at full back and it’s helped me with my development to this point. For me being a young player getting regular games, regardless of the position, I’m just happy to be able to learn. But I do see myself moving inside towards centre half. And hopefully playing most of my career there.”