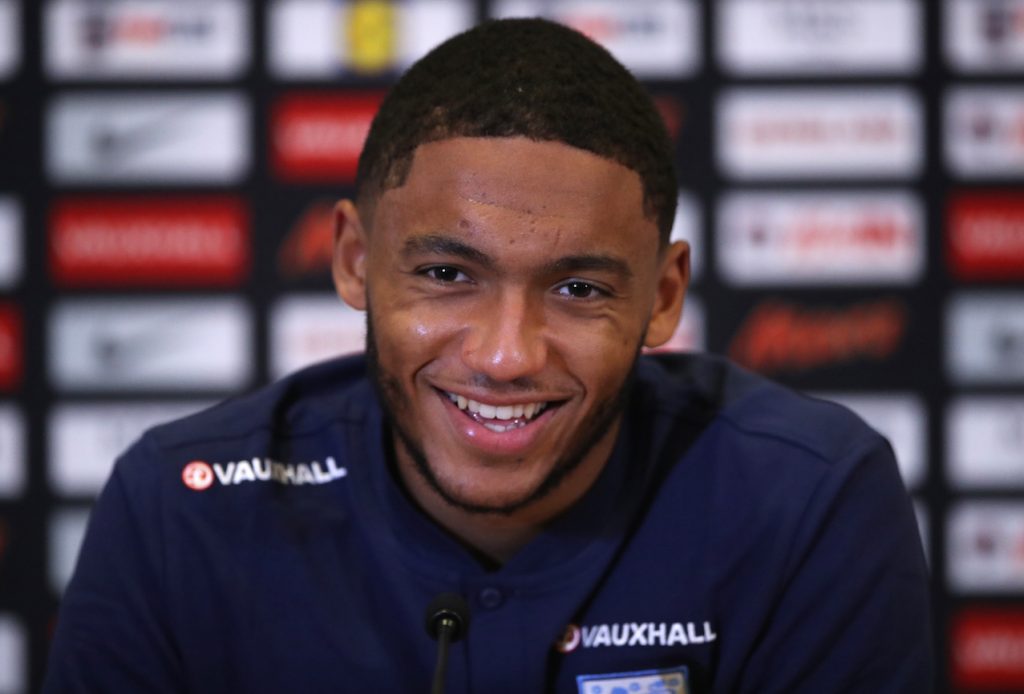 Joe Gomez had a burning desire to excel at Charlton – even just in training sessions.

The Catford-raised defender, 20, stands a great chance of making his senior England bow after being called up to Gareth Southgate’s squad for Wembley friendlies against Germany tonight and then Brazil on November 14.

Gomez’s early football education came at Charlton. He was brought into their academy at the age of 10 and went on to make his first-team debut at 17. Liverpool paid around £3.5million for the top prospect in June 2015.

Long-standing Addicks academy boss Steve Avory watched the South Londoner’s progression through the ranks. He said: “The thing I’d say about Joe is even in training he had to be the best.

“At times I thought he beat himself up if he didn’t succeed. He had to learn how to manage that emotionally. But he had such a desire to want to get the best out of every training session.

“Joe surprised me on a few occasions in how quickly he adapted to any challenge in a new environment. The first challenge at 15 was could he play under-18? Then at 17 to under-23 football? He was 18 when he made his debut for England under-21s.

“I just wondered at times if it was a bit too early on each occasion – but Joe just rose to the challenge quicker than a lot of individuals do.

“What happens with a lot of lads is you put them that next step up, they have a taste of it, do okay but probably have to go back to their old age group for a while. Joe doesn’t seem to have done that much.

“When he first went to Liverpool I don’t think Brendan Rodgers expected him to play so early in the first-team – but he did. One of his first games for them was at left-back, so that surprised me. He’s not a natural on the left-hand side, but again he coped with that.

“What has helped Joe is that he is just so level-headed. He’s got such humility and his parents have been so supportive. They are a strong family unit – his mum, dad, brothers and sisters.

“It always deserves a mention about the parents, because they play an important role in this. We’re conscious of our link with parents, so that they buy into what we do here.”

Gomez has natural talent, but Avory is also keen to point out that there were areas of his game which needed the highly-touted teenager to put in some extra graft.

“People would always tell me that they could hear Joe if they were playing indoors because he was quite flat-footed,” said Avory. “He didn’t play on his toes. That was something that just came with age.

“But even when he was playing under-18s as an under-15, one thing that we picked up straightaway was that he wasn’t the greatest header of a ball.

“He needed to put his head into contact situations and become a bit braver. He had enough pace, power and ability on the ball but it was noticeable that he needed quite a bit of work on his heading.

“He took that onboard. If you said to him ‘this needs working on, you’re ducking out of a few headers and not facing up’ then he would soon grasp it.”

Gomez initially came onto Charlton’s radar when he was just nine.

“We didn’t actually sign him straightaway,” explained Avory. “He went back into a development centre we had in Lewisham at that time.

“We’ve just opened one up this season in Catford, to get back into the South London area. It’s when we recruit players who we think have got good potential to go to academy level but are the rung below the academy.

“We take them in there as young as six or seven. Joe was probably going there at seven or eight and they gradually filter into our academy system for a trial. Catford is a good catchment area.”