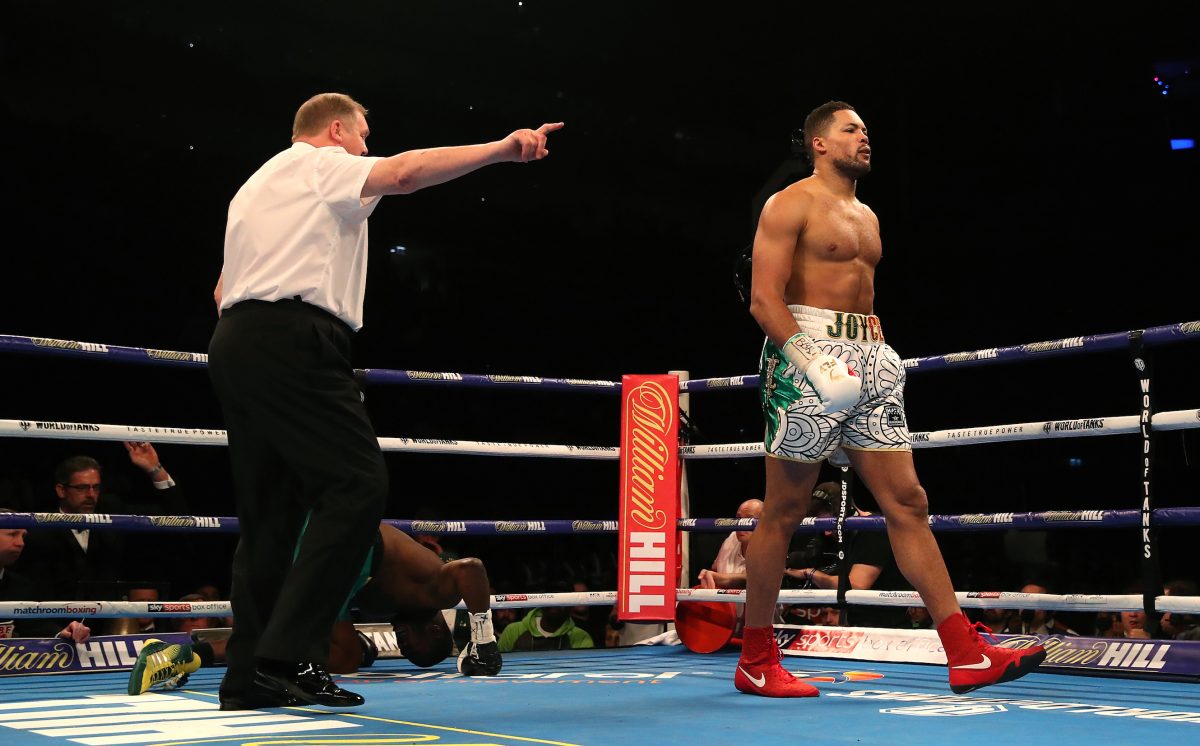 Joe Joyce lived up to his nickname of “The Juggernaut” as he flattened Lenroy Thomas to win the Commonwealth heavyweight title.

It was only Joyce’s fourth professional fight but he had too much power for the champion, who was down three times before being counted out by referee Terry O’Connor.

Thomas had the edge in experience in terms of the paid ranks but it counts for nothing when faced with a seasoned performer like Joyce, who won Olympic silver during a top-level amateur career.

The Clapham-based puncher, who represented Earlsfield ABC, sent Thomas down with a left hook to the body right at the end of the first round.

And Joyce’s stream of punches forced him down again in a neutral corner early in the second round.

It looked only a matter of time and a perfect short left hook saw Thomas (22-5-1) drop to the canvas with a delayed reaction to the shot.

Joyce said: “I did a good job. I landed some good shots, hopefully I gave everyone watching a good show.

“It means a lot to win this title. I just want to thank my team, family and friends and all the fans.

“I knew he’d be a tricky opponent, but I used my range and got to him.

“I’m made for it [the professional game].

“I’m happy to be fast-tracked – who cares? I’m up for anything. I’m successful at it. The world is my oyster.

“I’d like to challenge for the British title. It is a lovely belt and Hughie Fury and Sam Sexton will be fighting next Saturday. Perhaps I can get the winner from that.”