AFC Wimbledon are up to fourth in League One after edging a seven-goal thriller at Morecambe on Saturday afternoon. Ayoub Assal’s terrific finish clinched a third victory of the campaign and leaves them just three points behind early leaders Sunderland. Here are Dave Hunt-Jackson’s four takeaways from the match:

With Wimbledon looking to press high and swamp the midfield Nik Tzanev’s ability to operate as a sweeper and create an extra man for the Dons’ passing build ups at the back is critical. His decision-making in coming out early to break up attacks and choosing the right outlet when distributing the ball is impressive, to say the least. Tzanev seems to grow in confidence with every appearance and Mark Robinson will be delighted to have got the keepers signature on a new three-year deal. On this showing it wasn’t a moment too soon. It could be argued that Cole Stockton’s would not have scored the third Morecambe goal but for Tzanev’s high position, but he probably couldn’t finish like that more than one time in 20.

THE GOALS AGAINST COLUMN IS A WORRY

Whilst three points and another pulsating victory are all the 230 Dons fans who travelled to the seaside will really care about,  Robinson will surely be concerned that his charges have shipped six goals in the last two games and 15 this season.
The ease with which the ball was worked to Stockton for the equaliser was alarming and no-one picked up former Don Shane Mcloughlin, leaving him a free header to put the Shrimps in front.
That the Dons lie fourth in the table despite their defensive frailties is a testament to their firepower at the other end and their remarkable mental strength when behind.

When Joe Pigott chose to go to Ipswich rather than sign a new deal with Wimbledon it was always going to require the whole team to step up to replace his goals and they have – in style. In seven league games no fewer than 10 different players have netted for the South Londoners and Will Nightingale, Jack Rudoni and Ayoud Assal have all scored more than Pigott’s sole effort (from the penalty spot) so far this season.
In fact the Dons’ three strikers have just one goal each and you have to imagine they will soon be improving their strike rates. 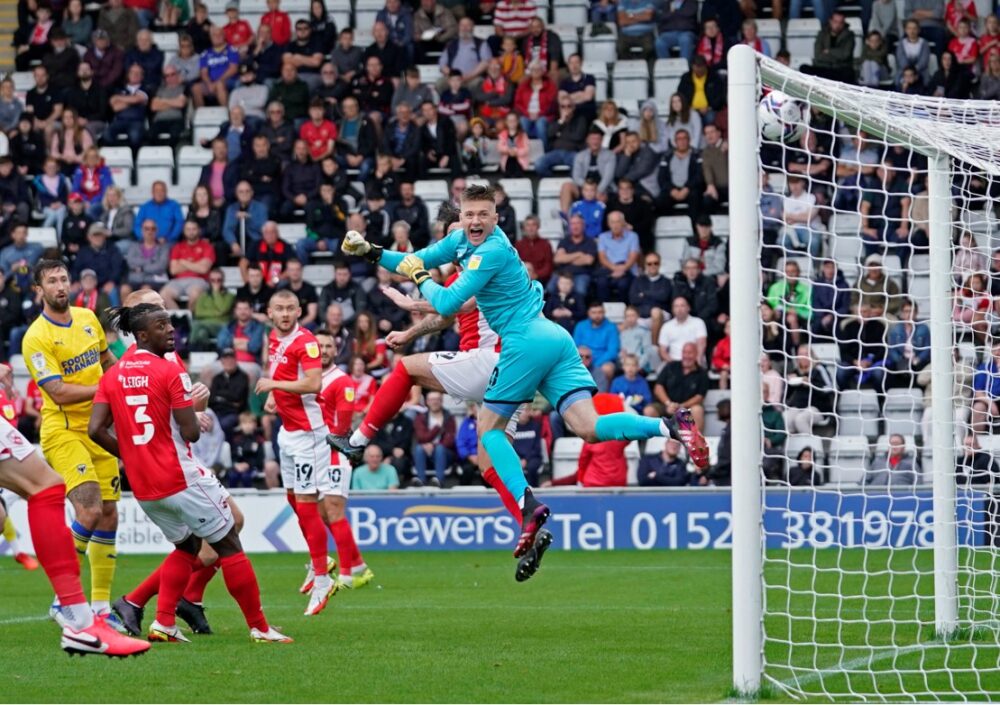 Back in the days of the “Crazy Gang” so much of Wimbledon’s threat came from set-pieces. From Tommy Cunningham and Mick Smith with their towering headers from corners, to Dennis Wise’s mastery of the free-kick, the Dons were deadly from set plays. Whether it is the coaching of restarts coach Andy Parslow or the emergence of Anthony Hartigan with his service from corners and free-kicks, AFC Wimbledon are once again a potent force from set-pieces. Hartigan’s opening goal was a perfectly placed free-kick, Ethan Chislett’s equaliser and Ayoub Assal’s winner came from Morcambe’s failure to clear the danger following corners and Will Nightingale’s third of the season was his now trademark header from another Hartigan free-kick. With young homegrown talent, a never-say-die attitude, well-drilled set-pieces and being back at Plough Lane, there is a real sense of deja vu for the older generation of Dons’ fans. 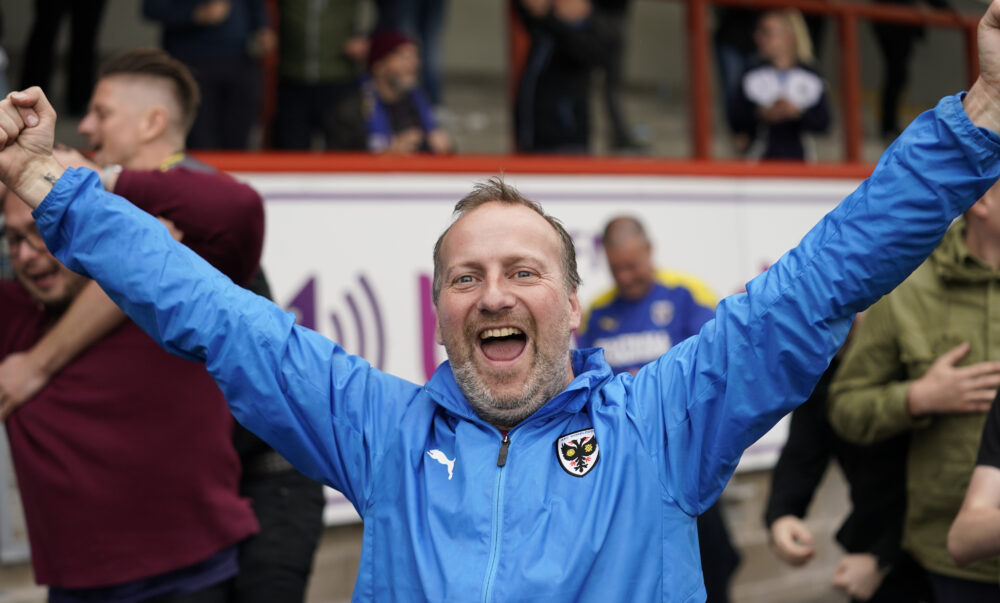