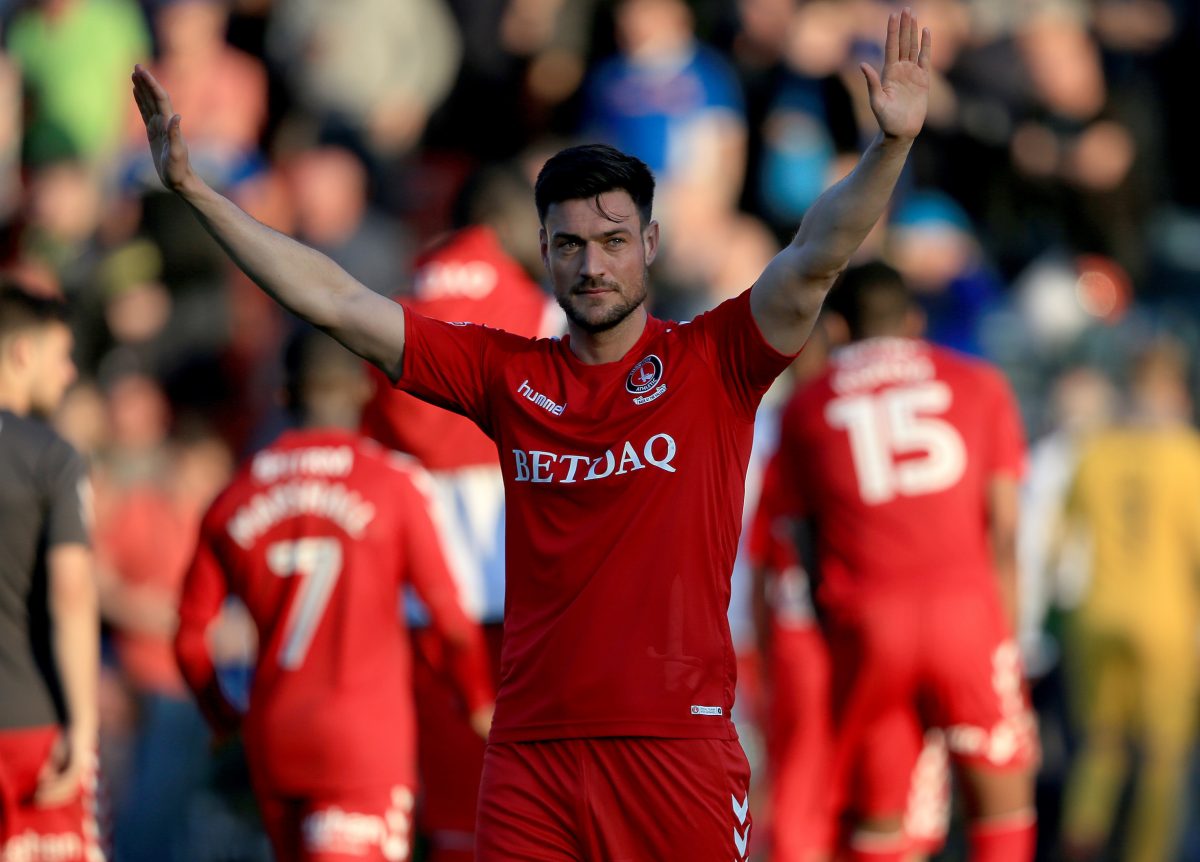 Johnnie Jackson is desperate to give Charlton supporters the chance to see their team promoted at Wembley Stadium.

The South Londoners are gearing up to face Shrewsbury Town in a League One play-off semi-final first leg at The Valley on Thursday evening, after securing a top six place on the final day of the regular season despite defeat at Rochdale.

Jackson hopes that Charlton will be running out at the national stadium on 25thMay – twenty years and two days since the Addicks last played on the hallowed turf in the infamous 1998 Championship play-off final against Sunderland.

“No one wants to go to Wembley and get beat. It will be great for the supporters, great for the players. Myself, I’ve never played there. I’ve seen many a game there but not got to run out there. It’s all about the result and getting up for me. I don’t want a day out at Wembley and there’s disappointment at the end of it.

“We want the day out at Wembley because we want to go up to the Championship that’s what it’s down to ultimately. It’s not just a day out. It will be great for the fans and everyone at the club if we could sign off there with a victory.”

Paul Hurst’s Shrews side have been the surprise package in League One this campaign, challenging for automatic promotion after narrowly avoiding relegation last year.

Jackson, who is operating as caretaker boss Lee Bowyer’s assistant manager, knows that the Addicks will have to be at their best in order to progress beyond the semi-final.

“I’ve been glowing about them all season,” he said.

“To finish where they finished with the squad they have got, I think they’ve been an absolute credit. They just fell away at the end but all season they’ve been knocking on the door and their points tally is really impressive. Two tough games, we got beat at home and beat them away. We know what to expect. We’ll be working hard in the next few days about how we’re going to prepare for it. It’s a quick turnaround, we’ve got to be ready.

“Not really,” he added when asked if there was a preferred semi-final opponent out of Shrewsbury and 4thplaced Rotherham.

“It looked obviously that we would probably get Shrewsbury anyway so we had that in our minds. If it had panned out differently it would have been a bit of a surprise. It panned out the way we thought it was going to be. We had our heads on Shrewsbury. It wasn’t a preference, it was just what we expected and what we’ve been thinking about.

Charlton secured a crucial 2-0 win at the New Meadow last month, a result that kept their then fading play-off hopes alive.

It was a reversal of the score line that occurred when Salop ran out winners at The Valley back in February – and Jackson hopes that could give the South Londoners an edge.

“It’s not going to mean anything on the day but I’d rather have won it than lost it, that’s for sure,” explained the 35-year-old.

“I’d rather have won the more recent of the games. We were excellent up there that day. I’m sure they’ll come with something different and we’ll have to do the same. It’s a tough place to go and has been all season. We’re in a good place.

“We’ve had a clear week this week but before that we were Saturday – Tuesday Saturday-Tuesday. We’re quite structured in what we do as far as recovery and getting the right training sessions in-between those times. Recovery on Sunday and then back in working towards the game and doing tactical stuff. It’s getting the balance between recovery and training. You want to get out there and do your tactical stuff, work on Shrewsbury, how they’re going to play, how we’re going to stop them and what we’re going to do to hurt them.”