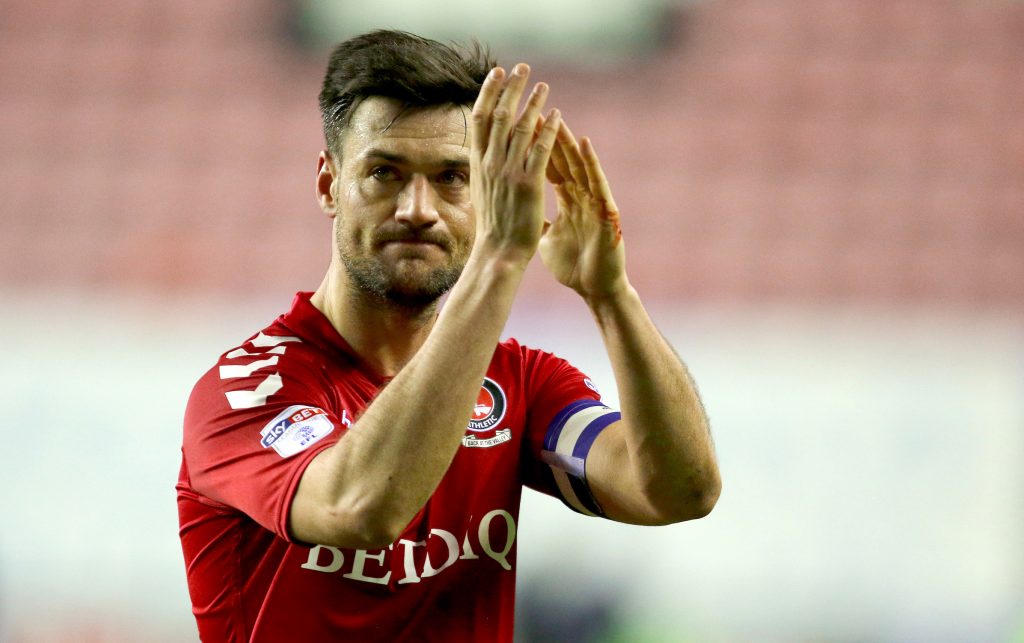 Charlton club captain Johnnie Jackson hopes that a takeover at The Valley will bring a fresh start for the players.

Roland Duchatelet’s unsuccessful reign in SE7 is set to come to an end, with the 71-year-old confirming that he is in talks with various parties with a view to offloading the South London outfit that he acquired in January 2014.

Katrien Meire has resigned from her position as Addicks CEO, effective from today. The Belgian duo have overseen relegation from the Championship along with a succession of managerial changes – decision making that led to widespread protests and unrest amongst Charlton supporters.

Player-coach Jackson hopes that, once confirmed, a change in ownership will herald a clean slate for the playing squad.

“Until whatever happens, happens – we’ll look at it then,” he said after playing ninety minutes in the impressive goalless draw at Wigan Athletic.

“At the moment, it’s not in our control. It’s not going to happen tomorrow as I understand. It’s an ongoing thing. When it happens we’ll look at it then and say is this a clean slate? Hopefully it is.

“There’s 22 games still to play. Whatever happens around the club, ownership, takeovers, all that stuff doesn’t change the fact that we’ve for 22 games to try and win as players. I think that needs to be our sole focus. What will be will be. We’ll look at it whenever that happens.

“If it happens it the summer and we come back with a fresh, clean slate then we can look at it like that, then great. But at the moment, don’t get too involved. Don’t get too high, don’t get too low. We’ve got to stay calm, stay steady. Hopefully this is a bit of a turning point now. A solid performance on the road against the league leaders.

“We’ve got to back it up now Monday (at home to Gillingham). That has to be our sole focus as coaches and players. There’s a game coming around the corner now. We get back late tonight, we’ve got two days to prepare. I don’t think you can worry about anything else that’s going on.

“It’s not a concern of ours as players,” he added.

“The gaffer, it’s important news for him because of how he goes about the next month. I don’t know the ins and outs and how that’s going to effect stuff but from a player point of view, nothing changes. Control the things that you can and don’t worry about things that are out of your control. You’re always worried about the state of the club and that things are being done right but our focus as players is the next game. What’s around it is not important.”

Jackson wished Meire, who proved unpopular with sections of the Addicks support, all the best for the future.

“I had a working relationship with Katrien,” explained the midfielder.

“Obviously coming over to the coaching side I had a few dealings with her. As a player, you see the chief executive around, you say hi, that’s it. I imagine some of the players have never had a conversation with her.

“Being captain of the club, and now player-coach, I had more dealings with her, being in on player recruitment meetings and things like that – I had a working relationship with her. That’s it.

“I had no problems with her. As far as I was concerned, we were all trying to do our job the best we could. Katrien has felt it was time for her to move on and so be it. Good luck to her. It’s football, people come and go in football all the time. You’ve just got to get on with it. Onto the next.”