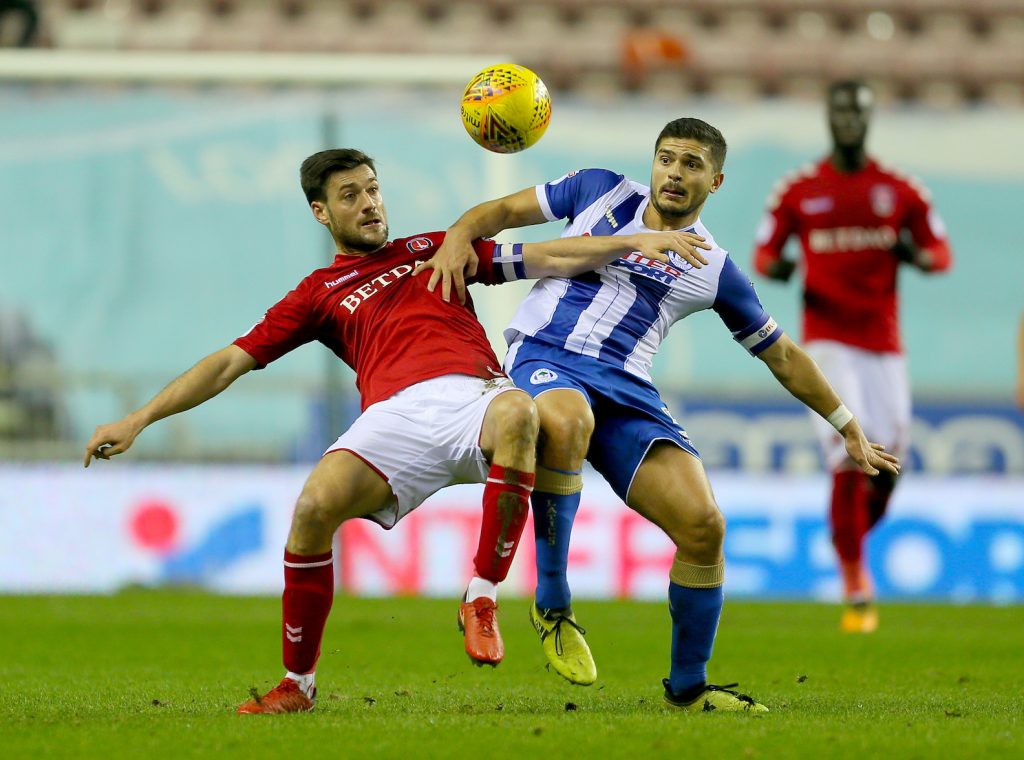 Player-coach Johnnie Jackson feels his recent displays have proven that he still has plenty to offer Charlton manager Karl Robinson.

The 35-year-old midfielder played the full ninety minutes in recent draws with Blackpool and Wigan Athletic, in what have been his second and third league starts of the campaign.

There’s 22 games left to play in the League One season and club captain Jackson would love to be included in all of them.

“I liked to be involved in every one, you know me,” he said.

“I love playing football. That’ll never change. I’m not as young as I once was but I’m still capable – I think I’ve shown that in the last couple of appearances. I always say I’m ready when needed. That’s all I can be.

“I love playing football and love playing for this club, I always have done. I keep myself nice and fit. I’ve had to wait for opportunities, it’s unfortunate that we’ve got that many injures and the gaffer has turned to me but I liked to think it showed that I’m more than capable of playing my part still. I’ve always said I don’t expect to play every week and it’s not about me anymore, it’s about the other lads but I’m there when I’m needed and I like to think that I’ve shown that I’m more than a capable replacement if need be.”

The South Londoners travelled to league-leaders Wigan on Friday night and returned south with a creditable point after securing a goalless draw with a disciplined display at the DW Stadium.

“They’re a good side, it’s a difficult place to come,” said Jackson, after the injury-hit Addicks squad frustrated their high-flying hosts – and came close to winning the contest late-on through Karlan Ahearne-Grant.

“We had a clear game plan and we stuck to it. I think it worked. Most important of all, we had fourteen men out there giving everything and leaving it all out there. You see what happens when that’s the case.

“We were prepared to give up the majority of possession, which isn’t like us, but sometimes you have to approach games differently. We’re coming to a team at the top of the league, in-form, we’re coming out of form and we felt with the personal available that was the best way to go about it – to defend in a block, soak up a bit of pressure and try and hit them on the break using young Karlan’s pace. We had a few moments where we did get in there and to be fair to the kid he didn’t stop running all night. He gave us that outlet and we knew if we did get opportunities to leave one in there for him that he’s going to open his legs and get on the end and he did. He’s nearly scored at the end, which would have been a brilliant rounding off of a great performance.

“Unbelievable turnout [from the 372 travelling Charlton fans] Friday night, freezing cold, just after Christmas. They made a right racket as well. We gave them something to cheer about at times and we’re gutted that we couldn’t snatch a winner but they had a good chance at the end as well. It wouldn’t be right to be saying here that we deserved to win but it was a good game of football. Both teams had their chances, both teams played differently but what they want to see is a team giving everything. That’s what they ask for, that’s what they demand and rightly so. That should be the very least you see from a Charlton team. I’ve always said that and I think you saw that tonight.”

Despite the positive result in the north west, Charlton are now winless in seven League One games.

“We’ve had a bad run but every side goes through them,” explained Jackson.

“There’s no way around it, we’re missing some key players to our side. The fact that we can still put a side out like we did with the players we had on the pitch and produce a performance like that, despite missing all those players, is a testament to the squad and to the lads ready to come in. Lads who have been out the side, coming in is their opportunity. Maybe we haven’t seen that so far bit I think tonight you saw a group of players fighting for the shirt. Lads coming in to the side looking to prove a point – keep me in that side. All you want to do is play football so when you get your opportunities you have to take them and I think a few did tonight.”