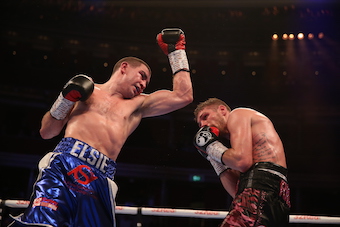 Johnny Garton has lost his British welterweight title – being outpointed by Chris Jenkins in his first defence at the Royal Albert Hall.

And there was no doubting that Jenkins was the superior fighter on the night.

The South Londoner failed to produce the same level of intensity as he did in winning the domestic belt against Gary Corcoran. But maybe that gruelling October slugfest has had longer-lasting effects, although there were also claims that Garton struggled to make the weight limit.

Jenkins landed more punches and at times looked as if he was going to overwhelm Garton. But the Millwall fan dug deep to see it through to the final bell.