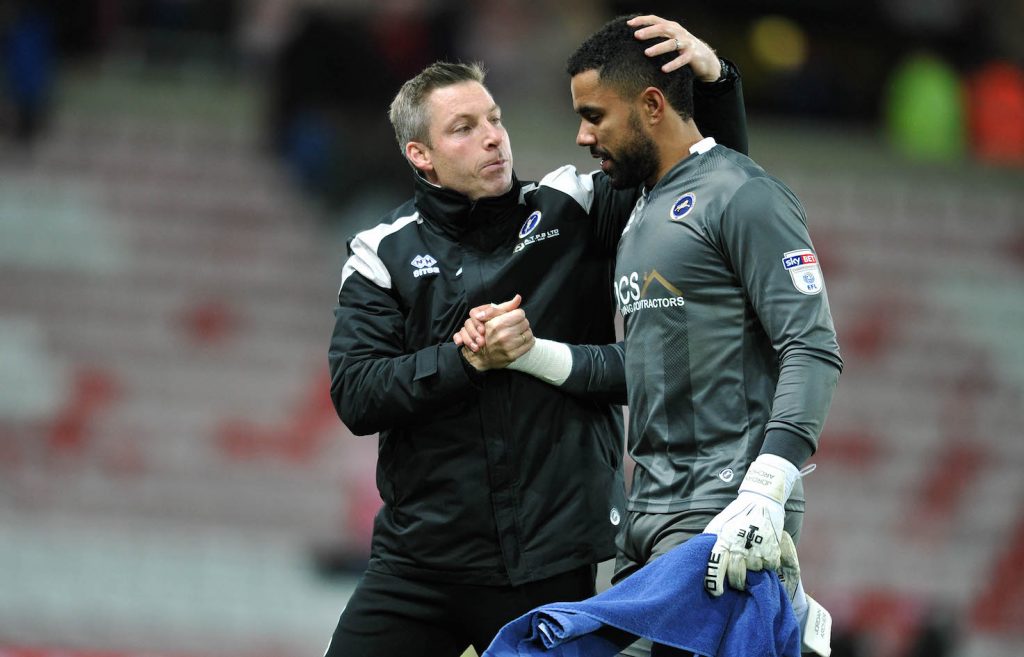 NEIL Harris says that his Millwall troops will place an arm around the shoulder of goalkeeper Neil Harris after his error-strewn performance against Sunderland, writes Dan Barnes.

The Lions stopper failed to deal with a Bryan Oviedo corner, which allowed the hosts’ Lewis Grabban to notch, and later ended up in the back of the net with the ball as he attempted to deal with Adam Matthews’ deflected cross.

A 2-2 draw against the Black Cats, who are poised to appointed Chris Coleman as their new manager, means that Millwall have now not won away from home in 10 attempts.

“It wasn’t a day for goalkeepers – that’s my verdict,” surmised Harris.

“Before today, we had one of the best defensive away records in the league and Jordan was a big part of that.

“He’s been good for us this year and the boys will get around him and make sure he’s in a good frame of mind.”

Millwall had led 2-1 at the Stadium of Light following Saville’s fortuitous double, Matthews equalising, but Harris believes that a point isn’t a poor haul.

He added: “We came here knowing Sunderland had a poor home record and no manager but they have some fantastic players and I think that’s lost on people.”