Joshua Buatsi is set to fight again in July with promoter Eddie Hearn admitting it is time to crank the South Londoner’s career into overdrive.

The Olympic bronze medallist moved to 14-0 with a fourth round knockout of Daniel Blenda Dos Santos in Manchester on Saturday night.

Buatsi, from Croydon, defended his WBA International light-heavyweight title for the sixth time. He is ranked second by the governing body.

The WBA has a number of champions in the division. Dmitry Bivol, who recently outpointed Crystal Palace’s Craig Richards, is the ‘super’ champion while Jean Pascal and Robin Krasniqi are ‘world’ and ‘interim’ title-holders respectively. 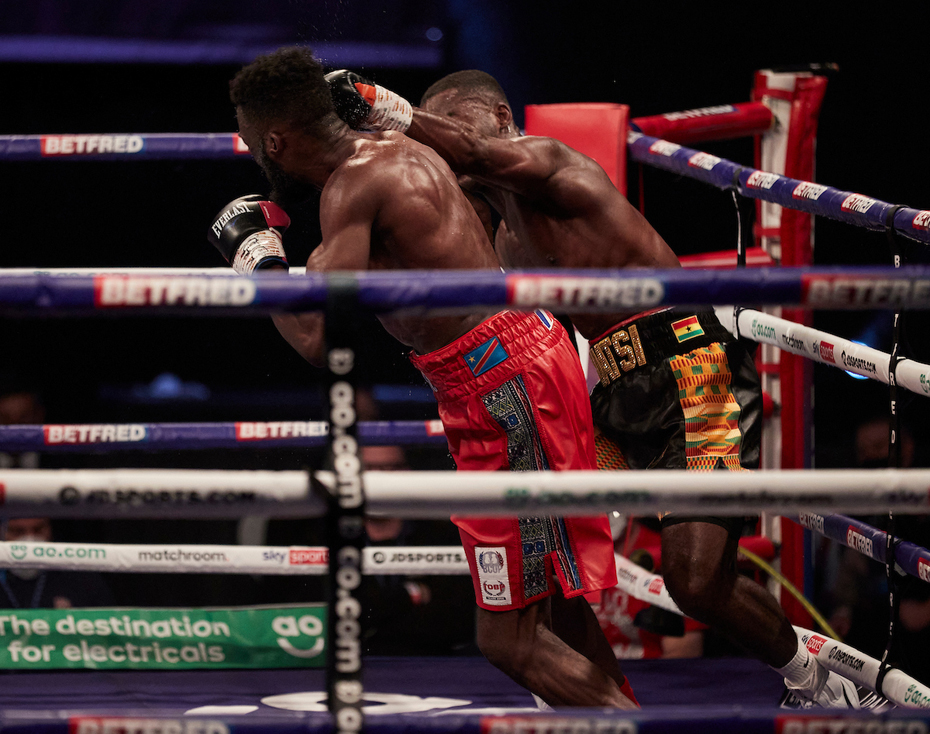 Dos Santos came into the weekend’s bout with a 15-0 record but his last six opponents all had losing records.
Buatsi took his time before a big right hand put the Frenchman’s lights out. He needed oxygen and medical assistance before being helped to his corner.

Matchroom Boxing supremo Hearn wants Buatsi to headline a show next time out and prove to his new trainer Virgil Hunter that he is ready for a world title shot.

“It was a good way to come back after seven or eight months out and with a new trainer,” said Hearn. “It is time to kick on now.

“I’m very mindful of the fact that I don’t want to miss his peak moments to win a world title. 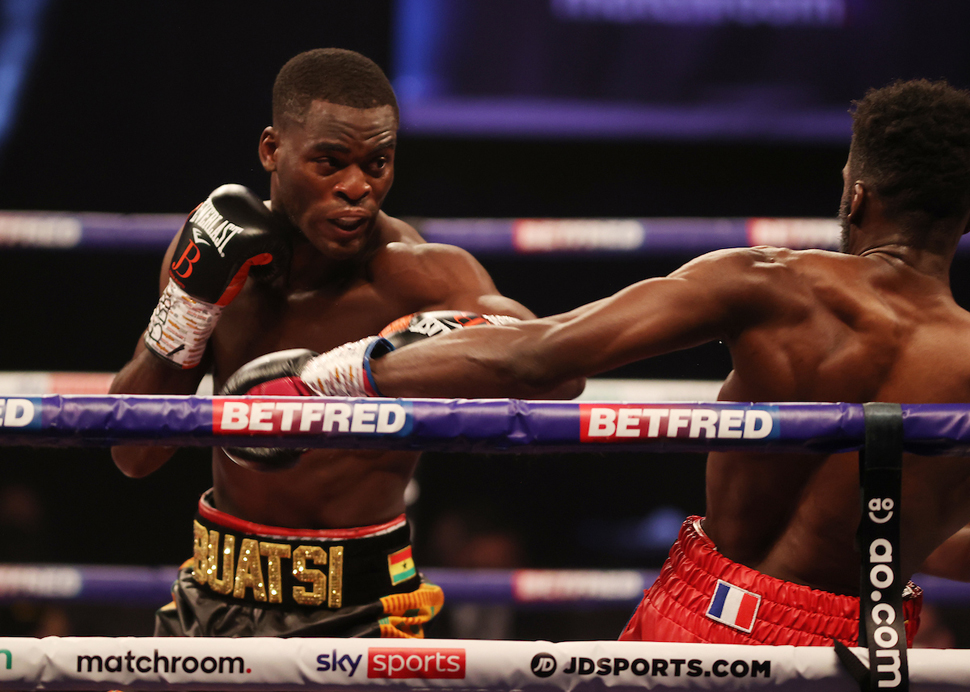 “He’s 28 now and teamed up with Virgil Hunter. Virgil will probably want another three fights before a world title – I would like one. But I’ll do as I’m told. If he fought Bivol now, who would you back? Craig Richards did really well against him [Bivol]. Buatsi is a real talent but we need to get that opponent next time out who is between Santos and Bivol, and there are many levels between them. 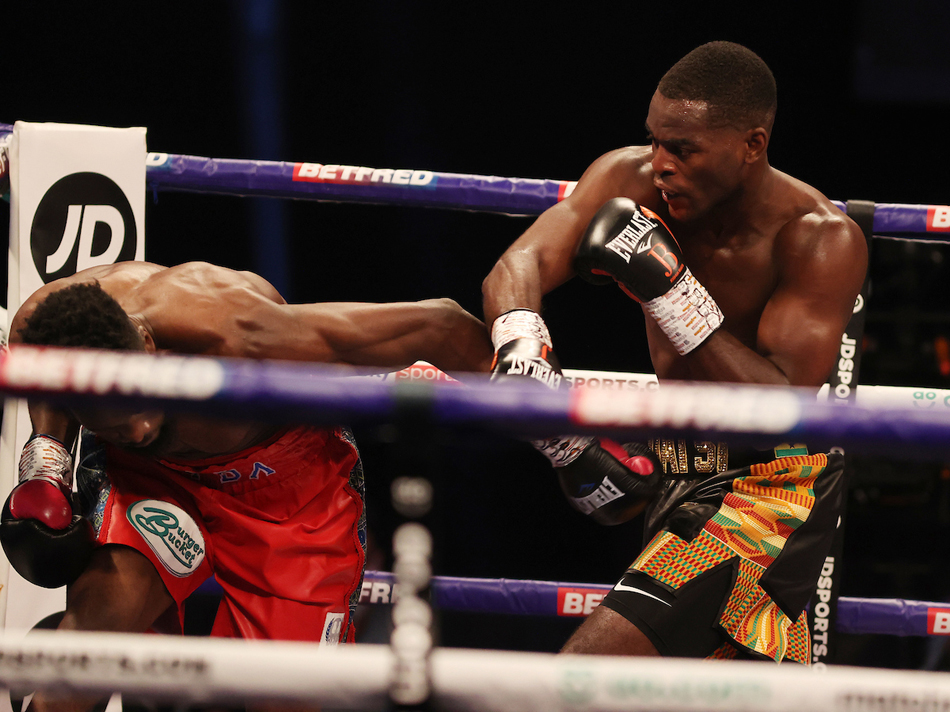 “It was a showreel knockout and he did what he was supposed to do.

“What we must do is capitalise on the ability to gain momentum in Joshua’s career. There have been times before where we haven’t got him out quick enough, or he’s popped off on a holiday or had a little injury. I believe he can beat Bivol. The next one has to be a step up.”

It was a ninth straight stoppage win for Buatsi.

Dos Santos was also dropped for a count in the second. 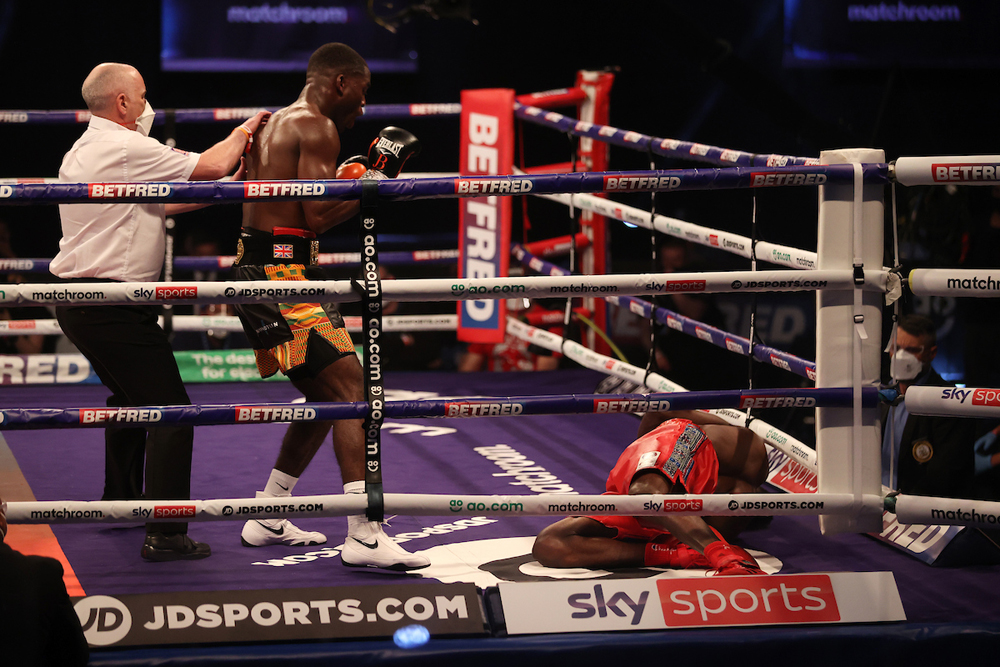 Buatsi said: “We’ve seen fighters like this come over and cause an upset, I was adamant this can’t happen to me. I handled business.

“Anyone in the top 10 fighting each other will be a good fight. This being the last fight behind closed doors it will be good for some of us, or all of us, to be mixing it up.

“I really, really want to make sure I’m back in the gym ASAP.”