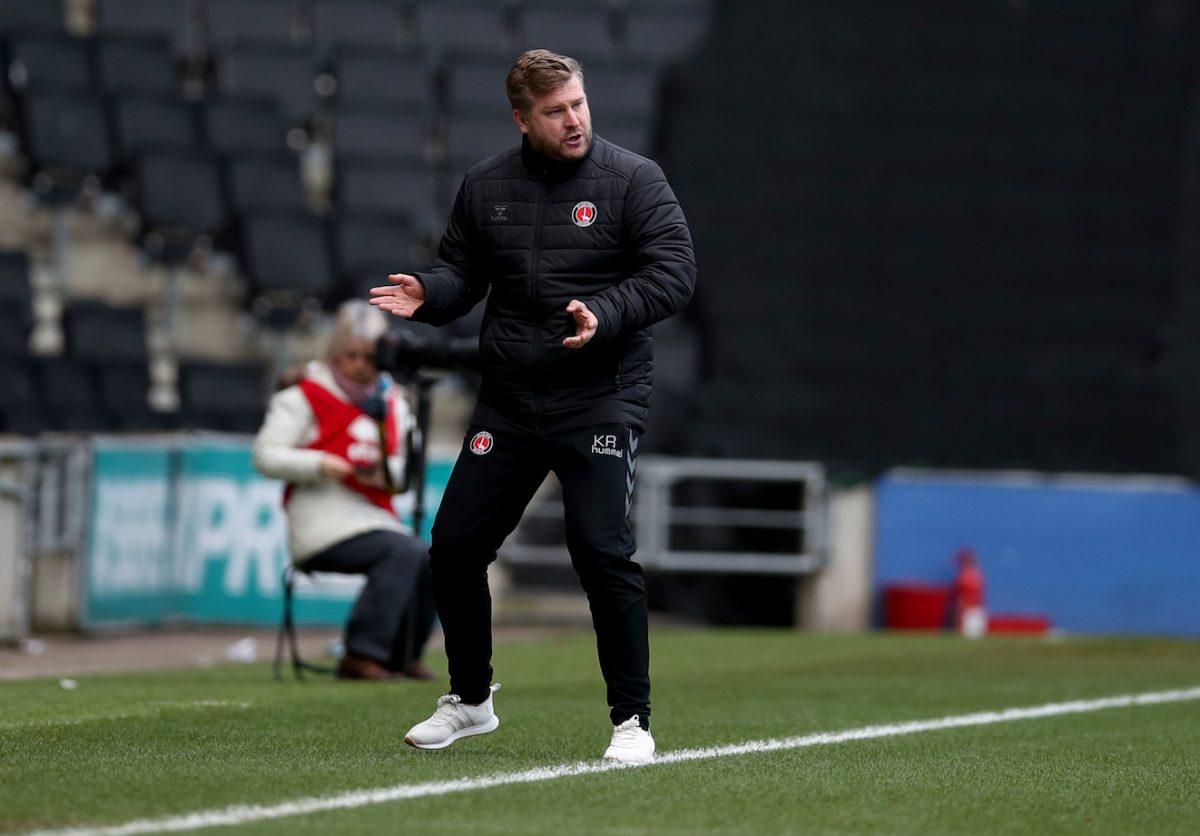 Karl Robinson admitted that he was sweating under the surface as his side held on to their one goal lead at Milton Keynes.

Goals from Ahmed Kashi and Josh Magennis had the Addicks in a commanding position but Kieran Agard halved the deficit with 28 minutes left to go.

The South Londoners, who have dropped points late on in each of their last three games, reverted to a back-five for the final stages and saw the game out fairly comfortably to climb back into League One’s play-off places.

“Were you worried?” joked the Charlton manager after the game.

“I said to Jacko (Johnnie Jackson) “my shirt is sweating under this coat.” We’ve made subs in all of these games that we felt were for the benefit of the result. I think every sub that we’ve made, other than my mistake against Oxford, were for the right reasons.

“Today we went to a five at the back. Fans may have felt that was going defensive too soon but it was an offensive substitution. We thought if we had two players on their three we could hit them on the counter attack and we did three or four times. The last fifteen minutes we looked very, very good.

“I thought we were excellent. Other than that little spell where they got a goal against the run of play. We looked a different level at times today.

“The fans were excellent. We’re back in the top six. It’s a great win without Tariqe Fosu being here. He’ll be back for next week we hope. Pearcey (Jason Pearce) got minutes under his belt. We’ll leave here very happy people.”

Kashi’s goal was his second in four games. His manager had praise for the whole midfield, which saw Joe Aribo come in as number ten to play in front of the defensive-midfield partnership of Kashia and Jake Forster-Caskey.

“He’s a great player, Kash,” added Robinson, who won a league game for the second year in a row away to his former employers.

“Everyone knows what I think of Ahmed. Him and Jake (Forster-Caskey) were sensational in midfield. The two of them looked a class act.

“We’ve got two games in hand on most of the teams around us so it’s a great positon to be in. We got to 51 points with two games to go last year. It’s 15 to go this year. Look at the improvement. I’m really proud of everybody.”