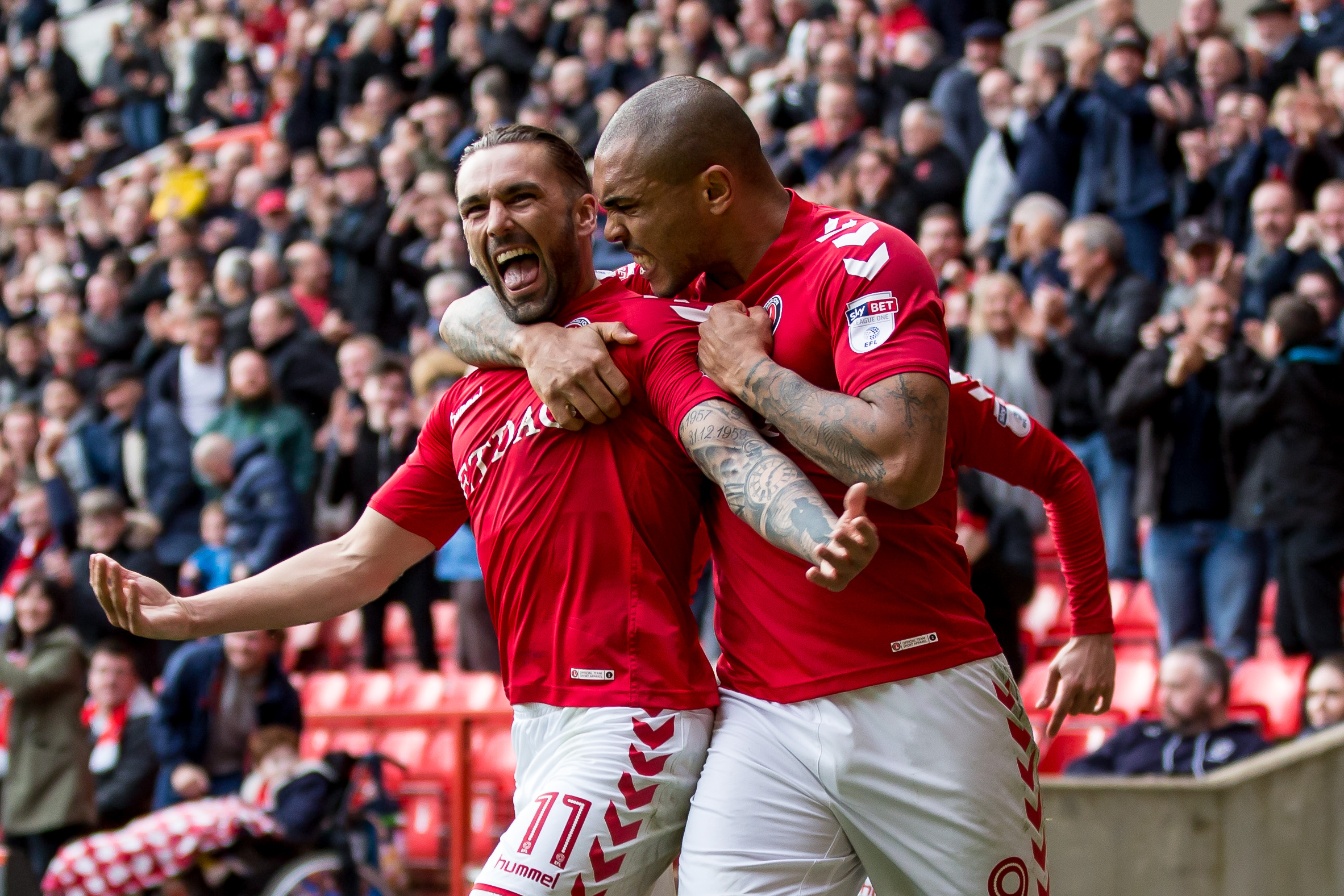 Charlton manager Karl Robinson slammed the supporters of AFC Wimbledon who abused him during the Wombles 1-0 defeat at The Valley – and says they should concentrate on supporting their own side.

Robinson is despised by some Dons fans due to his connections to Milton Keynes, the club formed after the South Londoners were moved over fifty miles to Buckinghamshire. He was a target for abuse in the reverse fixture last year at Kingsmeadow, where home fans unfurled an offensive banner and a groundsman approached the Charlton boss to hurl insults at full-time.

A section of the travelling support in the Valley’s Jimmy Seed Stand once again sung unflattering songs about the former Milton Keynes boss during today’s game. Ricky Holmes late free-kick secured a slender victory for the Addicks in Saturday’s London derby.

“Maybe if they give their team more support, they might have had more of the game,” said Robinson after the final whistle.

“I was quite happy. Keep having a go. That means their players aren’t getting any support, and the manager and the staff. Them having a go helped us. I’ll be the shield for this team. It really doesn’t bother me. I’m fat enough, stupid enough and ugly enough to take it. That’s my wife’s words by the way.

“I don’t care. I know people at MK Dons will be very happy with that result. I can go for a pint where I live tonight and they’ll be very happy. Most importantly I’m a Charlton man. I’m Charlton’s that’s it, nobody else’s. I throw myself into it.

“Our fans were excellent. It’s the difference when the fans chant at their team rather than individual opponents. It shows the support that our fans give our players. The players are the most important thing, but the fans are just as important.”