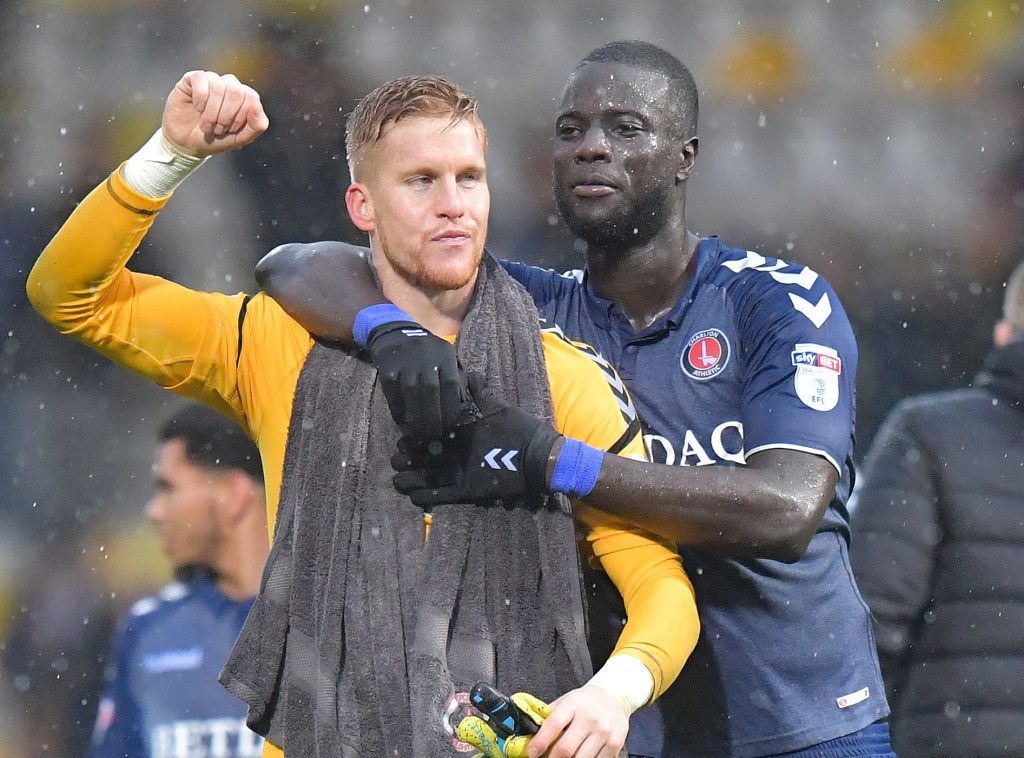 Karl Robinson said that Ben Amos’ late save to deny Alex Gilliead in the 1-0 win at Bradford City was one of the best he’s ever seen, writes Louis Mendez.

The Addicks had edged ahead in the final 20 minutes as Jake Forster-Caskey poked home at the far-post following Tariqe Fosu’s knock-down.

Amos, on-loan from Championship outfit Bolton Wanderers, secured the three points with a number of crucial interventions at the Bantams tried to find a way back into the contest.

“That’s the best thing I’ve ever seen live from a goalkeeper, the way he clawed it away from behind him,” said Robinson of Amos’ block as Gilliead met a late corner.

“Not just the save, then he did an overhead kick to tip it out of play. Our goalkeeper was magnificent – but every single player who took to the field really gave it their all.

“The players were excellent. There were a lot of components to our game that were OK, but don’t expect the fluent football that you see week in, week out. Today we weren’t miles the better team, but we looked disciplined. Tactically the players took on board everything we said.

“That’s [Bradford’s] third defeat in 38-games here, our first win here since the mid-80s. A lot of things were stacked against us coming into this game. Bradford had players out injured that played into our hands as well, and our goalkeeper was man of the match. I can’t come up here and say we were great. We dug deep relied on our cat to get us out of trouble.”