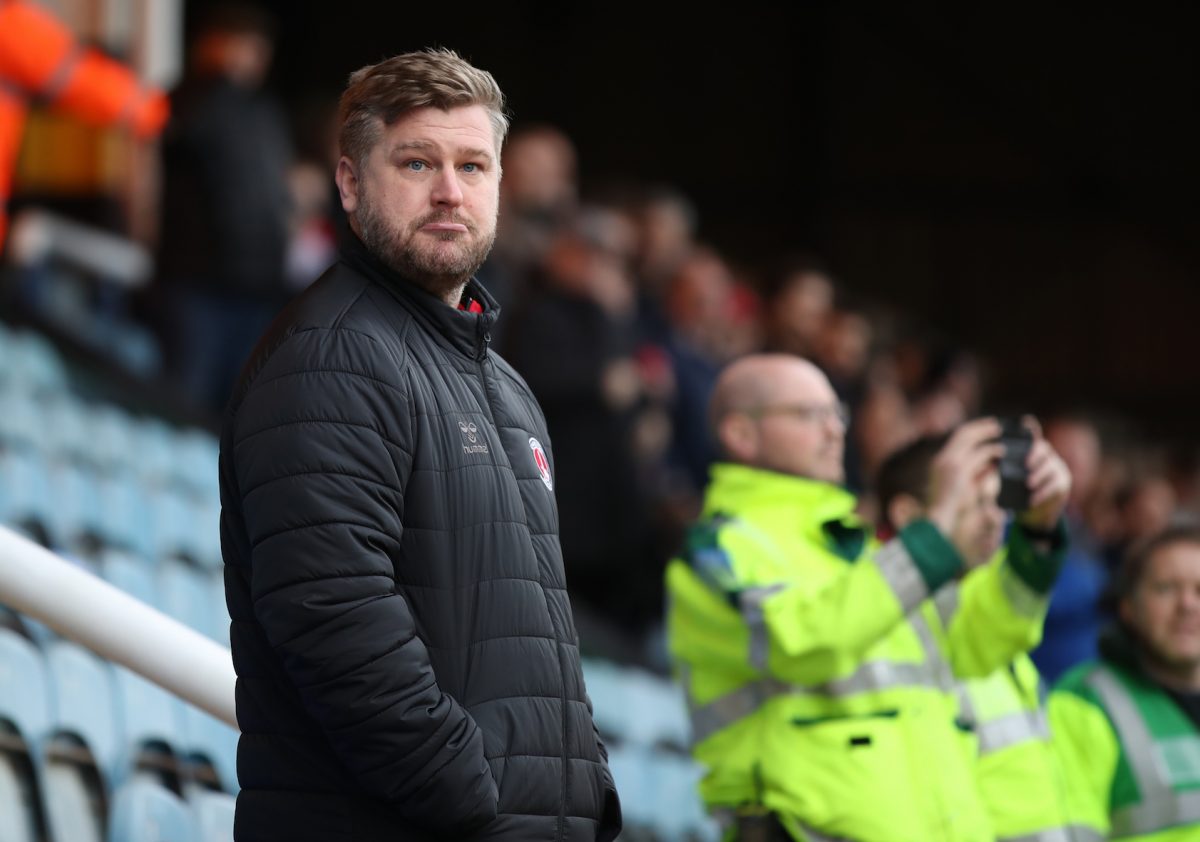 Karl Robinson kicks off life as Oxford United boss today – with his first batch of games giving him the potential to boost Charlton Athletic’s League One play-off prospects.

The Liverpudlian stepped down as Addicks boss earlier this week and almost immediately took on the U’s post.

And Robinson’s first match in charge comes at Portsmouth this afternoon (4pm). The South Coast club are just about still in the mix for the top six but a reverse would leave them with a huge mountain to climb.

Oxford then follow up with a Good Friday home fixture against Scunthorpe United, who are fifth but in poor form, before following up with Shrewsbury, who moved top of the table after a 1-0 victory over AFC Wimbledon yesterday.

It is the match against the Iron which will have greatest significance to Charlton, who won 2-0 against Plymouth Argyle on Saturday to revitalise their play-off prospects.