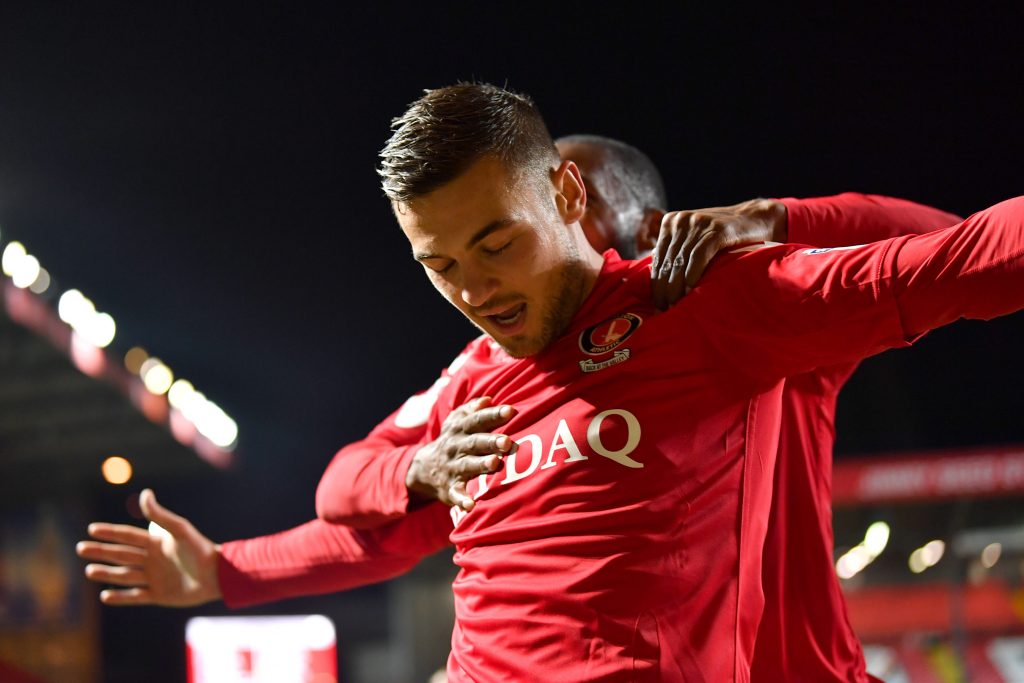 Karl Robinson celebrates one year as Charlton Athletic manager today – I majorly doubted I’d be typing about an Addicks boss hitting that mini-milestone during Roland Duchatelet’s tenure as owner.

And without that spike in form at the end of the 2016-17 season, when the Addicks took 13 points from a possible 15, then there could very well have been an eighth sacking implemented by the Belgian chief.

Prior to that form bump there had been one victory in 14 matches. Robinson was brought in as Russell Slade’s successor with mounting a promotion charge the minimum target. Instead Charlton landed up 13th.

But Duchatelet’s decision to stick with the Liverpudlian is beginning to be repaid. When Robinson walked through the door in SE7, the Addicks were 11th in the table. Twelve months later and they have eight more points after their 17 matches and are fourth in the League One standings. Clear progress.

They lack a depth in firepower – particularly in terms of back-up to Josh Magennis – to be regarded as really strong automatic promotion contenders.

So far the decision not to invest in the forward department has not caused any major issues. But losing Tariqe Fosu for the next five weeks with a quad strain and Billy Clarke also being unavailable until just before the festive schedule with a calf problem leaves Charlton lighter on offensive talent.

The fact Ben Reeves, whose battle to reach full fitness has been frustratingly slow, came off at half-time with a tight hamstring could leave them majorly depleted for tomorrow’s match at promotion rivals Scunthorpe United.

If Magennis were to go missing it could easily be a campaign-changer.

Joe Dodoo has barely been used since his loan move to Rangers.

Leon Best continues to train with the club but Robinson refused to shed any light on whether the former Newcastle and Coventry targetman is going to put pen to paper. Naby Sarr has been talked up by Robinson as a potential option to add presence and power in that position. But the fact it is being mentioned – despite no injuries in that area – only serves to underline the paucity of decent options in a hugely key area.

On Tuesday it was the turn of Jake Forster-Caskey to take on scoring duties.

The midfielder has been quietly consistent in the middle of the park. He is joint second top-scorer this season, along with Ricky Holmes and Magennis, with five goals.

His latest additions were the sort of penalty-box poaching which Charlton don’t naturally have in their squad.

He punished Rochdale’s defence for misjudging a Jay Dasilva cross to slide in and prod past Joshua Lillis. And the Rochdale keeper had a nightmare for the winning goal. He seemed to have a decent hold on Mark Marshall’s turf-skimming strike before it squirted from his grasp. As he desperately tried to regain the ball, Forster-Caskey scooped home.

Charlton were listless in the first 45 minutes. Rochdale left-back Donervan Daniels faced little resistance breaking down the left and his bobbling cross was clipped in by Matty Gillam.

Charlton’s challenge could have been made tougher.

Matt Done turned Dasilva and his shot came off the left post and spun across the face of goal before going out for a goal-kick. Calvin Andrew put a free header over the top.

The Addicks were far more dynamic after the restart and Ahmed Kashi evened up the woodwork-striking stats before Forster-Caskey made it 2-1.

It was never totally comfortable for Charlton.

Ben Amos made one excellent save – denying Ian Henderson from almost point-blank range.

But Charlton, and it is the hallmark of a successful side, found a way to win. They are unbeaten in nine league matches – five of those victories.