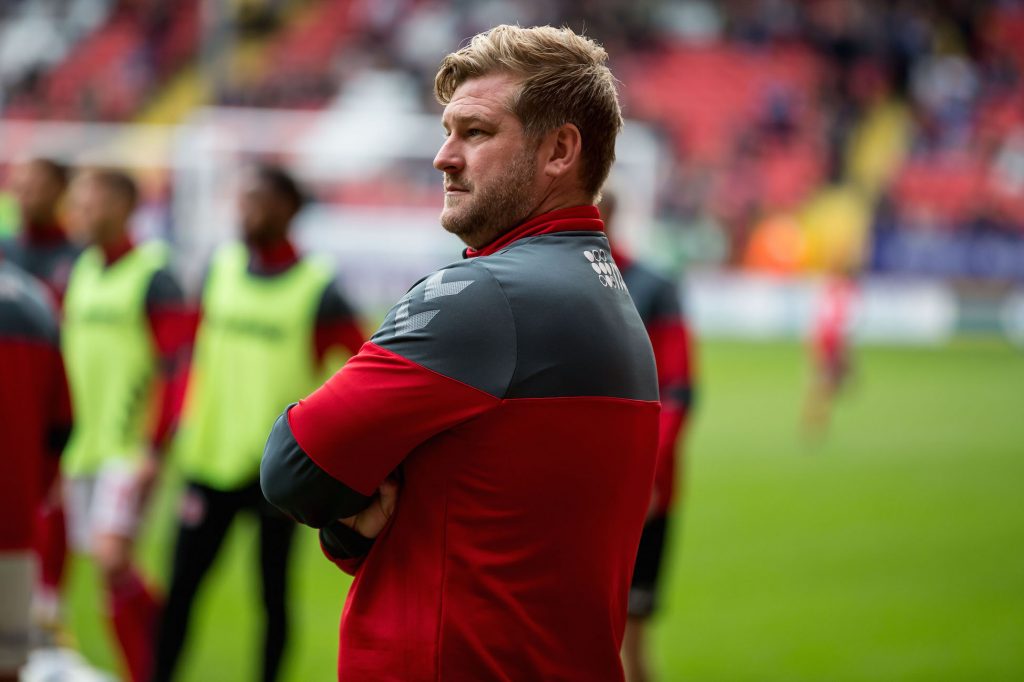 Karl Robinson has paid tribute to the Charlton fans who helped bring the club back to The Valley – as Saturday’s game against Portsmouth marks 25 years since their return to SE7.

The Addicks boss has been in charge for just over a year and the South London club are well-placed to mount a promotion push.

Robinson said: “We know that the first job is to instil pride back in the club, the second is results and the third is to get a promotion, sustainability and competitiveness at the next level up.

“God knows what the future holds for us and in the short-term and the long-term. We are just having to live in the moment.

“Every single game we play, I stand in the centre-circle and look around and think ‘this is fantastic’. I’m so fortunate to be a part – a very small part – of the history of the football club.

“You see those red seats and the passion shown by the people who sit in them during games and you realise it is very special place. It is a cauldron for noise because of where it is situated. It holds the noise very well. It is a natural amphitheatre that the stadium sits in.

“The emotional over-rides the actual game. It is almost a celebration of what happened 25 years ago.

“It is a day for people to reminisce and go through moments in that period that they fondly remember and what has happened since.

“It’s becoming increasingly difficult for clubs to do what Charlton did. You just have to look at West Ham. A lot of clubs have gone away from their grounds for commercial reasons. Lower down the leagues it is a small possibility – but higher up it becomes almost impossible.

“Back then it was we want our club back. It shows the type of people Charlton fans are – the dedication, desire and love for the football club.”