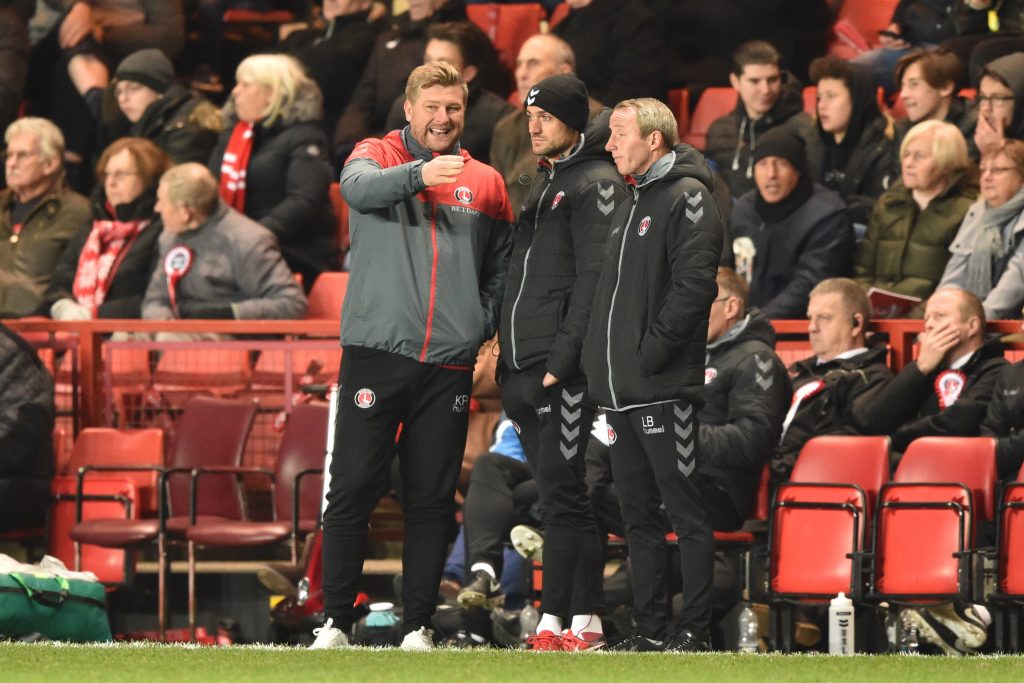 Karl Robinson was left floored by Charlton Athletic’s 1-0 defeat to Portsmouth at The Valley.

Josh Magennis’ own goal early in the second half decided the contest – which was also the match to mark the 25th anniversary of the return to The Valley.

Robinson said: “I’m on the floor at the moment, because of the result. I feel like I’ve let people down.

“Our first 20 minutes were excellent. I don’t think they created any chances either. The penalty was a borderline penalty. For their goal the assistant referee gave it [the free-kick] to us.

“The ball in is outstanding. They’ve attacked it really well. We’ve had double the set-pieces and failed to do that.

“Some of the players who were creating chances are not doing that now. Maybe Tariqe [Fosu] is a bigger loss than we thought. We have got to get him back fit. There is still enough quality in the dressing room [to cope with that].”

The likes of Ricky Holmes toiled without being able to produce a moment of quality.

“Ricky has been one of our best players in the last 18 months, so he is allowed a day like that,” said Robinson. “You are always worried about bringing him off. He wasn’t great against Peterborough but then there were two minutes of magic – he set up the first goal and then took the penalty.”

Magennis’ own goal came from a ball in by Gareth Evans.

Robinson said: “Ben was excellent today. He could do nothing with the goal. I’m more worried about why it was given. We got our shirts pulled from two set-pieces and they weren’t given. I’m nit-picking at things.”