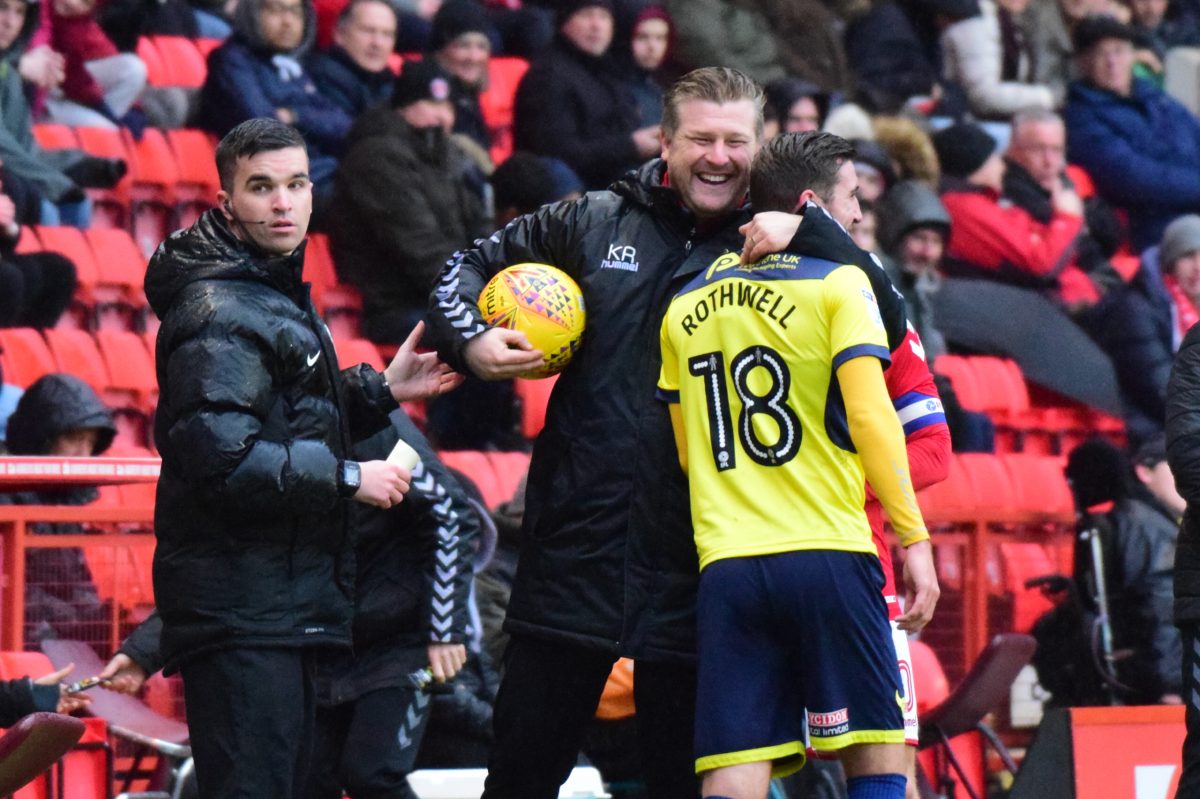 Charlton Athletic Sport
23rd March 201822nd March 2018 Richard Cawley 10 Comments
By Richard Cawley
richard@slpmedia.co.uk
Karl Robinson quit Charlton Athletic yesterday – then revealed he did not demand a penny in compensation.
The Liverpudlian became the new Oxford United manager yesterday afternoon.
He had made two attempts to resign from his role in SE7 – rebuffed by owner Roland Duchatelet – before his exit was allowed.
Assistant boss Lee Bowyer has taken caretaker charge, with player-coach Johnnie Jackson assisting the former Newcastle, Leeds United and West Ham midfielder.
Charlton announced Robinson’s departure as “mutual consent”. When asked by the South London Press if  he had been handed a pay-off, the 37-year-old replied: “Not at all. I’ve walked away from a few things. I could quite easily have stayed and waited to get paid off. But it was completely clean. It was a case of shaking hands and thank you very much.
“I am not that type of person. I don’t want people to ever think I’ve taken something to leave or to keep quiet – because that is
certainly not the case.”
Robinson’s issues stemmed from a lack of major financial commitment from Duchatelet in the January transfer window, with the club firmly in the promotion mix at the time. Plus his position was majorly under threat if a new group assumed control of the Addicks, the Australian consortium fronted by Andrew Muir could complete their takeover early next week with Crawley Town’s Harry Kewell lined up for the hotseat.
“You can’t always pick the perfect time to go,” said Robinson. “We had all heard that the takeover was imminent, then I was told it was a long way away and now it is very close again.
“People are well within their rights, whatever they need to do, to take the football club forward.
“Something came up very quickly and people in the game were aware that I had handed in my resignation, not once but twice. People know there was another opportunity around the corner.
“It was hard to make that decision, because of the relationship I have got with the players and staff there. We’ve done so much over the space of 18 months, things people don’t overly see.
“They are in a great position to really move forward. I don’t want anyone thinking the season is written off – there is still a massive possibility the club can still get promoted.”

10 thoughts on “Karl Robinson: I didn’t ask for a penny from Charlton Athletic when I left – sometimes you can’t choose the timing of your exit”