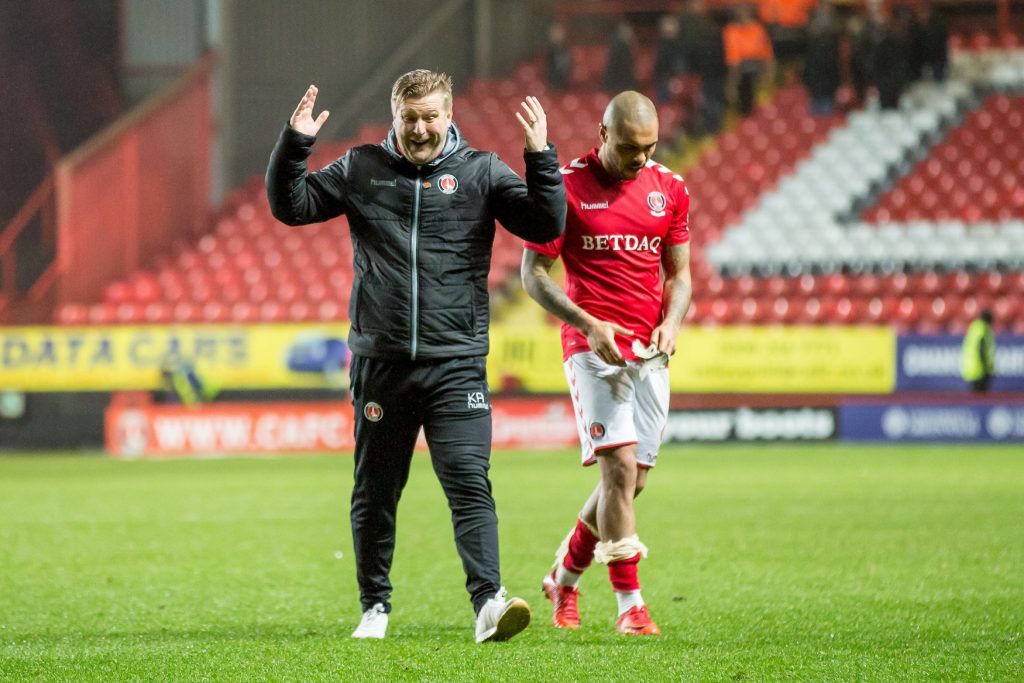 Karl Robinson joked that he’d be kicking his cat around his house in frustration after the 2-2 draw with Milton Keynes – if he had one.

Charlton seemed to be heading for three points after Scott Golbourne’s late own-goal, only for the visitors to level up on ninety minutes after a soft penalty decision.

The Addicks had dominated large spells of the game and had lead through a sixth-minute Josh Magennis header. Kieran Agard drew Milton Keynes level midway through the second-half before the late drama saw the game end all-square.

“I’ve not got a cat but if I did I’d be kicking it all over my house tonight,” said Robinson after the game.

“It was disappointing for us but it’s a point. It’s not enough, our performance deserved more, but our performances haven’t been good enough in other games and we’ve got three points. So it balances out. The fans were excellent once again. We’re just going to go home very frustrated.”

The South Londoners are now eight unbeaten in the league, and Robinson pointed out the progress his side have made in the seven months since a 2-0 defeat to Milton Keynes in the corresponding fixture last season.

“It’s almost two months in the league without losing,” he explained.

“They battered us here 2-0. Look at the difference. Look at the gulf in where we’ve come from to where we are. They’ve strengthened, we’ve strengthened but we’ve caught up with them. Forget where they are in the league, they’re a good team. With a good manager. The fans were great for them and our fans were fantastic today. From where we were in that 2-0 defeat, to where we are today, is a completely different set of circumstances.”