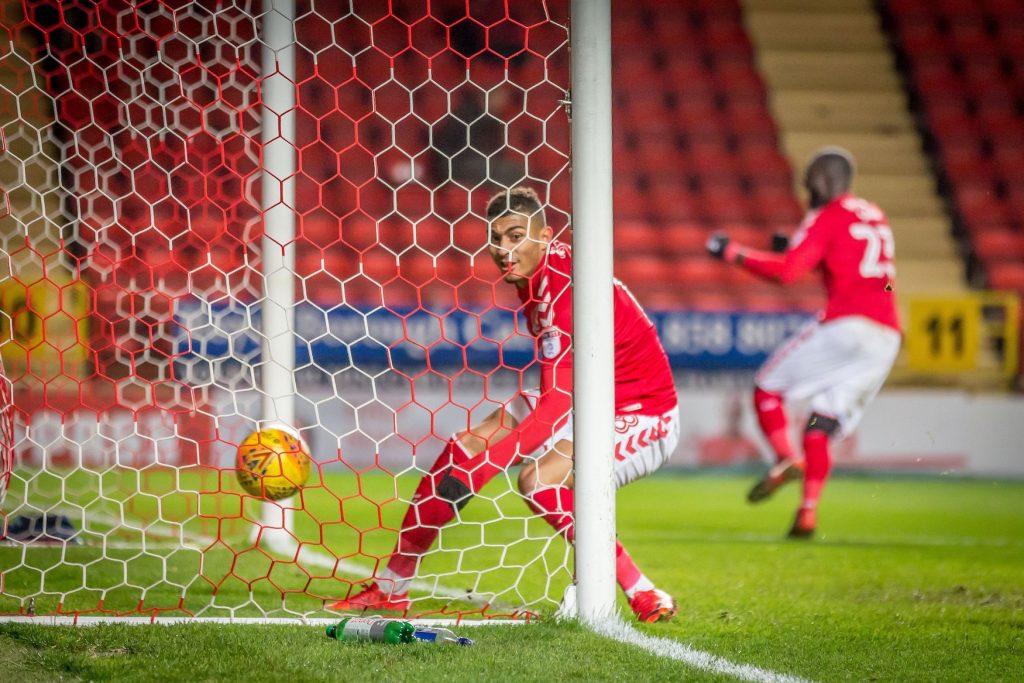 Karl Robinson was delighted for Karlan Ahearne-Grant, after his goal rescued an unlikely point for Charlton at home to Peterborough United.

The Addicks were trailing their visitors 2-0 as the clock ticked over ninety minutes. Ricky Holmes halved the deficit from the spot in the first minute of added-time, with Ahearne-Grant burying Naby Sarr’s knock-down three minutes later to score his first ever league goal at The Valley – and his first anywhere since September 2015.

“I’m so happy for him,” beamed Robinson.

“I just gave him a big hug in there. He gets criticism because sometimes it maybe doesn’t look like he has that hunger in his belly. I can assure everybody that he certainly has that. It really hurts Karlan when he doesn’t play well. He’s so desperate to do well for this football club. Hopefully this will be another step forward.

“Our lads were excellent. The biggest disappointment for me was what we spoke about in the build-up. They would hit you on the break. We knew about that and they still did it. We looked a little bit all over the place defensively we normally build from a very strong base.”

Former Newcastle striker Leon Best, who had been on trial with the South Londoners for over a month, finally penned a short-term deal with the club yesterday and was thrown straight into the starting line-up.

“You could see some quality from him and some rustiness from him,” said Robinson of his new acquisition. “That shows you how short we are, someone who hasn’t played football for nearly 12 months and he starts the game. We’re very pleased with certain aspects of the day. We know we’ve got players to come back, we’re going to get better. We’ll keep getting better.”

Former Millwall boss Ian Holloway criticised some fans of his current side QPR after many of them left early and missed a similar comeback against Brentford at Loftus Road last night.

But Robinson praised the Addicks faithful for sticking with their side despite the seemingly impossible rescue-act ahead of them in the closing stages.

“The fans stay behind. That’s not saying anything about any other team’s fans. But our fans stayed to the end. Maybe our traffic isn’t as bad.”