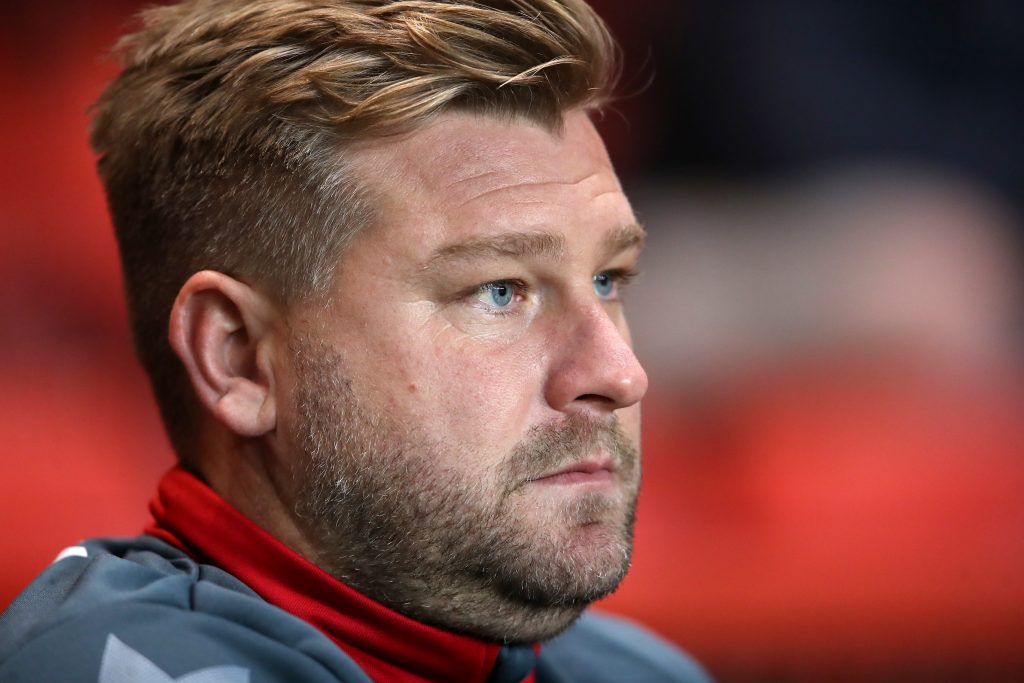 Charlton boss Karl Robinson was fuming with his young side’s performance in the EFL Trophy win over Fulham u21s.

The Cottagers twice went ahead either side of Ben Reeves’ second strike in this season’s competition which had hauled the hosts level midway through the first-half.

Two goals in the closing stages secured a 3-2 victory which earned the Addicks’ place in the knock-out stages with a game to spare. Rangers loanee Joe Dodoo headed Robinsons’ men’s second equaliser two minutes before the end of normal time, with Joe Aribo adding an injury-time winner.

However, Robinson wasn’t happy with the way the game had flowed for his much-changed team – which included first-team debuts for defenders Jo Cummings and Jamie Mascoll.

“I’m fuming,” he admitted after the contest.

“I’ve just had a right good go at them. Whenever we did what we said, we got a chance. Back-four being too deep, disconnection, too many backwards passes. Too many people not driving into spaces. They showed great desire to win at the end but our job was to install a quality that’s unrivalled. That’s not acceptable for us.

“We’ve just spoken in there and we were quite harsh on them, maybe. But maybe it’s all part of their learning. It’s a ruthless industry.

“The bit that I’m happy with is that they got themselves out of the mire. Do you know why that was? Because we played on the front-foot. We played like a Charlton team. This forward pressing, being up against people – it’s almost unplayable at times. When you get in people’s faces it makes it difficult for the opposition and we’ve got to have that mentality right the way through the club.”

Despite his disappointment with the performance, Robinson hopes that some of the less-experienced members of his squad will be able to learn from their chance to play in a first-team fixture.

“Do I go away from this learning more?” he asked.

“100 percent. Do we go away from this with them learning where their careers have to go? Yes. It’s a real positive for their careers. They’ve had a first team appearance for Charlton Athletic. I said to them do you realise how many kids around this area would dream of that? This is a dream for people from south-east London. Maybe not from a Millwall perspective but if you’re a Charlton fan this is a dream for around this area.

“They got a chance tonight. Ok the attendance wasn’t great but the people here were here to support them with the desire and application that they do on a Saturday.”