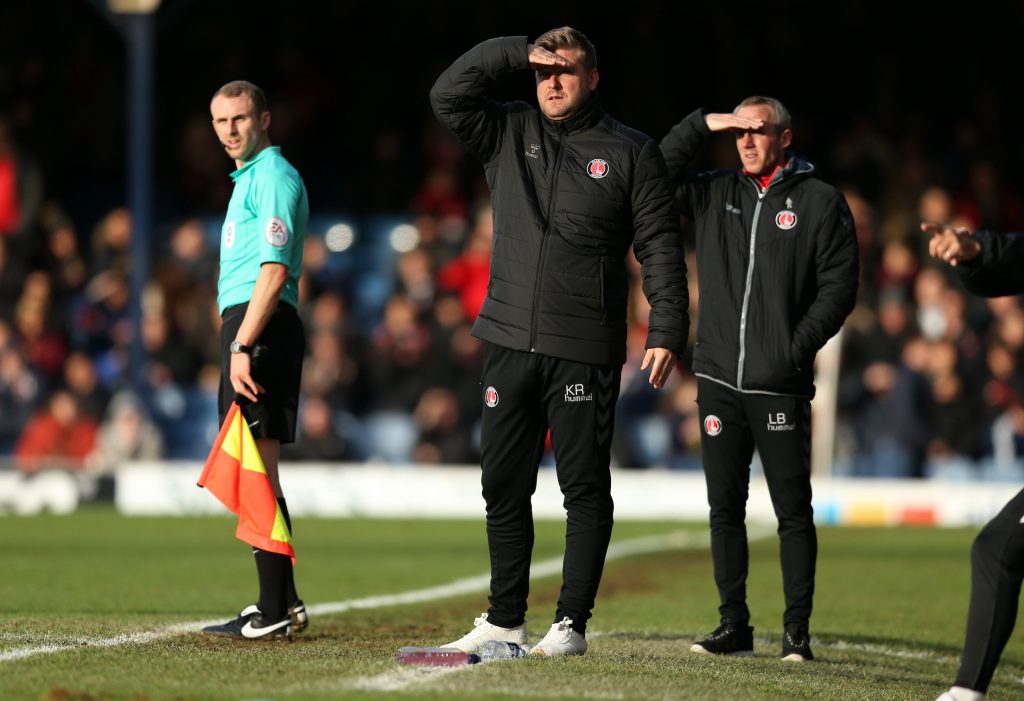 Karl Robinson is hauling his Charlton players in for a 7am start tomorrow following the sluggish 3-1 defeat at Southend United.

The Addicks’ sleepwalked into a 2-0 deficit within the opening 11 minutes in Essex on Boxing Day thanks to goals from Simon Cox and Michael Turner.

Ben Reeves gave the South Londoners a lifeline midway through the second-half but Cox soon completed his brace to earn the Shrimpers their first league win in four.

Charlton boss Robinson has called his players in for a 7am meeting at their Sparrows Lane training ground on Wednesday morning.

“We’re in at seven in the morning to go through it all and we’ll have a right good look,” explained Robinson, with a short turnaround before a trip to league-leaders Wigan on Friday to contend with.

“We’ll be sat down at 7:15 to watch that game again as a team. The first half was atrocious. We got out-manned in some ways. It’s a young back-four with a young midfield player and it really showed. We looked naïve in our defending. The distances between the lines were atrocious. We took too many touches. The pitch was horrendous, you can’t play football on it.

“They did what they had to do. We were appalling. We’ve let everyone down today. As you can tell from my throat, one or two things were certainly said at half-time. It was probably as animated as I’ve ever been at this football club at half-time.

“Second-half, we didn’t play but we just did what we were supposed to do in the first half. And you’ve seen the effect that had. The third goal was people switching off. (Simon) Cox runs past three of our players and taps it in. These are fundamental things – this is not coaching, management or motivation, this is doing your own thing and not what you were asked to do.”

Charlton are going through an injury-crisis at the moment which has given other members of the squad a chance to stake a claim for a more prominent place in the manager’s plans – but Robinson said that they need to improve upon what he’d seen today.

“Many of them players have knocked on my door and asked why they aren’t playing. Now is your chance to shine. If they can’t do it then there’s certain players that we have to swap.

“We’ve lost that fluidity and little bit of an edge that we had. We’re not scoring enough goals and at the back it’s looking absolutely atrocious.”

Robinson has previously won promotion from League One with his old employers Milton Keynes, and is confident that he and his players have what it takes to keep his current club in touch with the promotion places.

“I know what it takes. I know how to get to the top echelons of the league, how to finish in the top six. I know how to get automatic promotion. I know what discipline it needs and how much work it takes. I know when things don’t go quite right, as much as we all want to be so down, I’ve got to stay level headed and look at the facts rather than just making things up for the sake of massaging egos or trying to say the right things to keep people happy. You’ve got to take the facts out of it. That first goal was a bad a goal I’ve ever seen conceded.”

3 thoughts on “Karl Robinson: I’m hauling my Charlton players in for a 7am meeting after today’s “atrocious” performance at Southend”