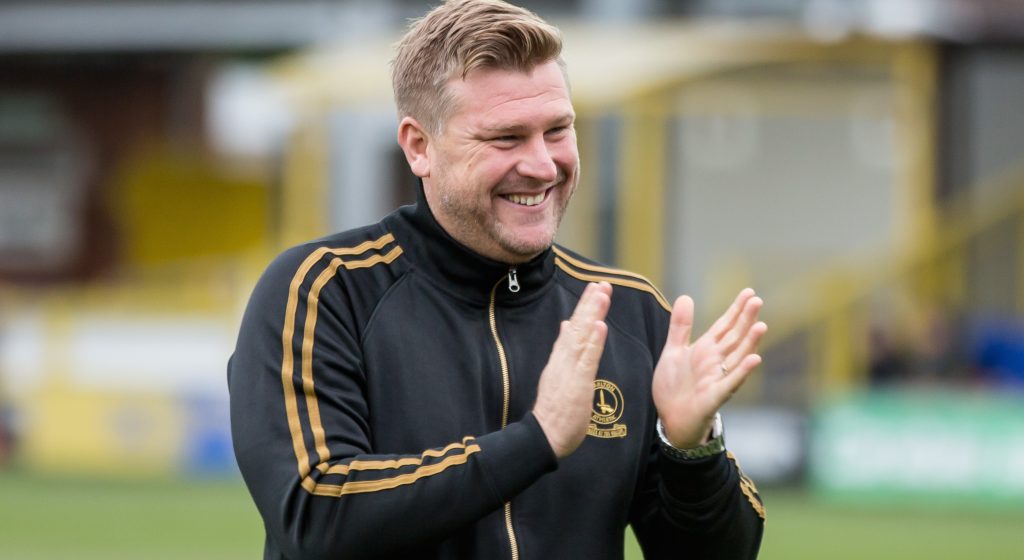 The Addicks only had just over two days to recover from Sunday’s 3-1 FA Cup defeat at AFC Wimbledon before they were in EFL Trophy action at Swansea on Tuesday.

“We’ve had 11 games in five weeks,” said Robinson. “We have been Saturday-Tuesday since November 28 and had a minimum of six players injured for those games.

“It is taking its toll a little bit in our decision-making. It is ridiculous what we are being asked to do. The Football League has to change. It has got to reduce the amount of games we play and that will increase the quality for people who pay to watch. They are paying to see players who are tired.

“It is expensive to go and watch football and they need to be entertained. The players are getting flogged. Us going to Swansea on Tuesday to play their under-21s was a disgrace.

“We have to sit down and give the fans value for money.”

One thought on “Karl Robinson: It is ridiculous what Charlton Athletic have been demanded to do”