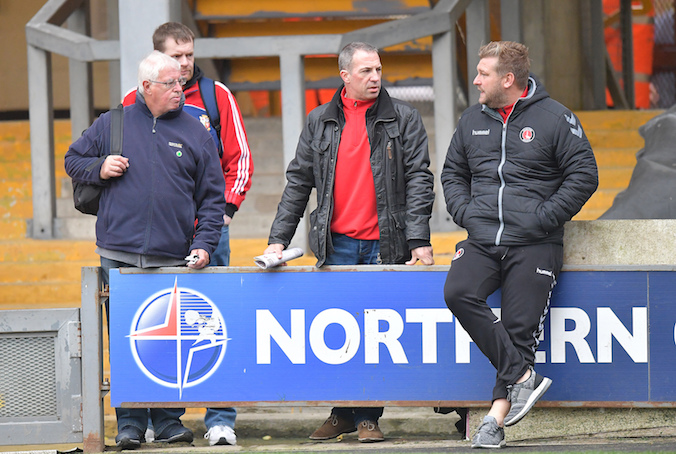 Monday marks the one-year anniversary of Karl Robinson’s sacking as manager of Milton Keynes – and the Charlton manager is proud of the progress he’s made with his new side, writes Louis Mendez.

Saturday’s win at Bradford City delivered a return to the ground where Robinson had his first league game in charge of his new side – and a chance for the Liverpudlian to take stock of a tempestuous year.

“It’s 12 months today since I left MK Dons,” explained the Addicks boss after his side’s 1-0 win at Valley Parade left them fourth in the League One table.

“I left MK Dons six points out of the play-offs. I felt we were in a good position this time last year to go and push. I’ve had a very turbulent 12 months in relation to me learning and me trying to different things. I look back 12 months ago from today, we got beat 3-0 at home to Southend. Twelve months on, I’m proud of everybody whose associated with the football club.

“I’m just a very small cog in everything that is associated with Charlton Athletic. I’m just one of many. I’m just the same as a fan, the same as a player. You see that unity on the pitch at the end of the game. The desire that we have to play together and the appreciation we have towards the fans as a thank you.”