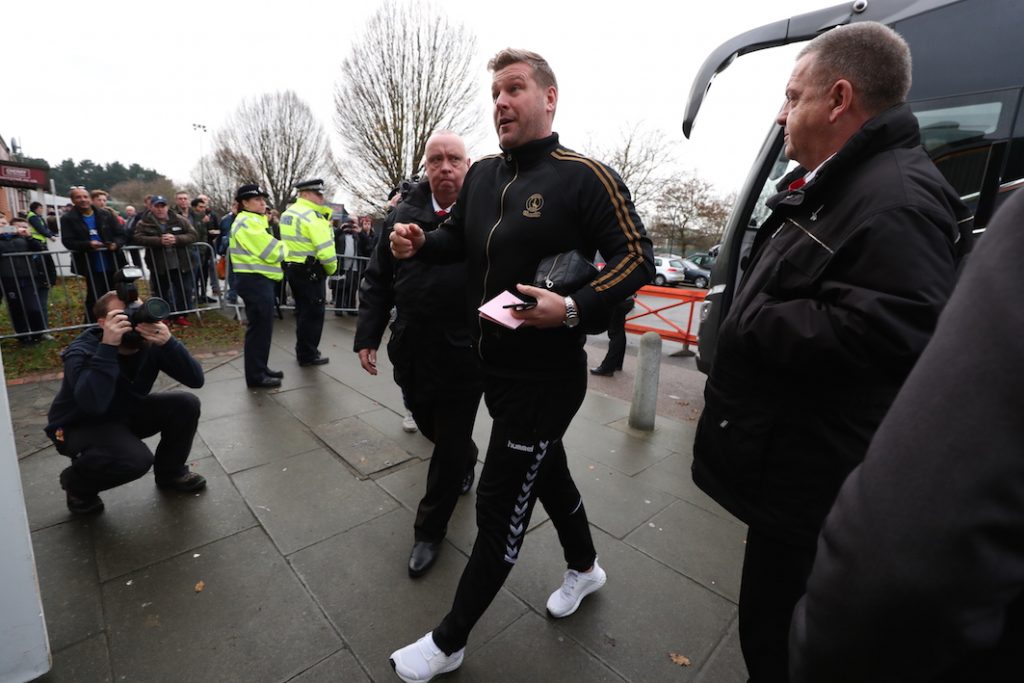 Karl Robinson said that wasted opportunities cost his side as Charlton crashed out of the FA Cup after a 3-1 defeat at AFC Wimbledon.

Cody McDonald had given the hosts the lead before Karlan Ahearne-Grant’s second goal in as many games hauled the Addicks level.

However, a brace from Lyle Taylor in the second-period saw the Dons through to the third round, with Charlton left to rue missed chances in a good spell after the interval.

“The key part of the game was the first fifteen minutes of the second half,” explained the Charlton boss.

“We were exceptional. But if you don’t take your chances. The boy Taylor up front for them is one of the best strikers in the league on his day.

“I thought defensively we looked a little bit open and expansive today. I don’t think it was a game that anyone was ever going to draw. We don’t need that many games in the calendar. Congratulations to them, but we feel aggrieved that we’ve not taken our chances.

“Our main objective is the league, we’ve not hid from that, but we’re frustrated to be beat. The first fifteen minutes of the second half we were dominant but didn’t take our chances. If you don’t take your chances, you don’t win games of football. Subsequently I thought we looked scruffy defensively. We dived in, looked a little bit off it at the back.”

Ahearne-Grant’s first-half equaliser added to his strike that rescued the most unlikely of points against Peterborough United on Tuesday evening.

Robinson hopes that the academy graduate can continue his goal-scoring run, but says that there aren’t enough goals throughout the squad as a whole at the moment.

“It’s not just (Karlan), right across the board we’ve got to score goals,” he said.

“It’s the way we play, a freedom of expression for everybody to chip in and score. That’s not the case at the moment, we’re not scoring enough goals.

It’s something that we will work on. We’ve got to make sure when chances come along that we’re braver in that moment.

“The last few weeks we’ve looked a little bit open and more disjointed than we’d like to be, but we know when the league campaign comes back next Saturday it will be a different Charlton side.”