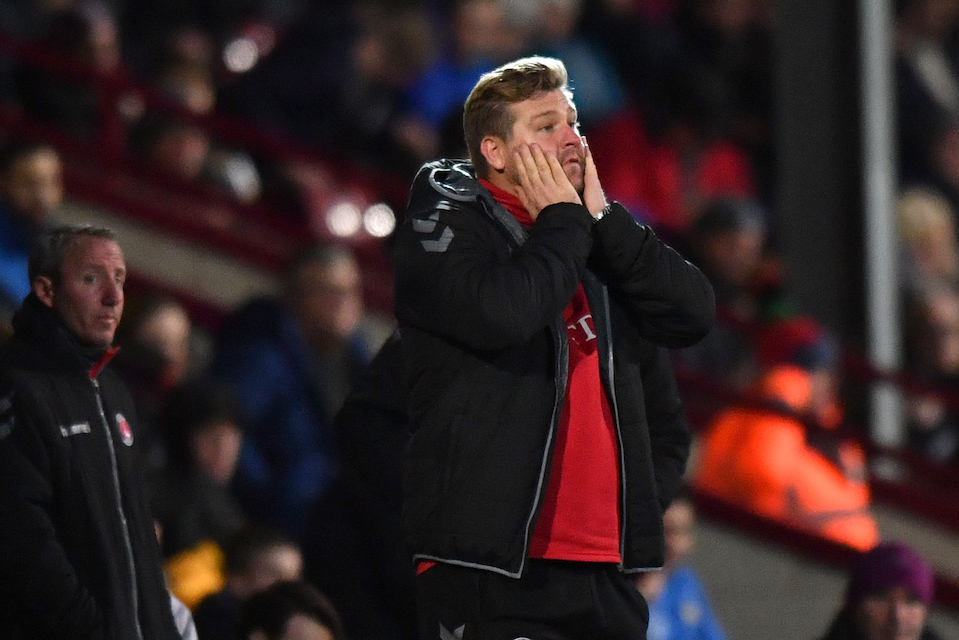 Karl Robinson felt that he couldn’t have asked for more from his side after they were undone by two wonder-strikes in the defeat at Scunthorpe United.

A spectacular brace from Josh Morris sealed the three-points for the Iron, after Charlton were denied on a number of occasions in a first-half where they found home goalkeeper Matt Gilks in inspired form.

“We bar far edged the chances,” explained Robinson, who was taking charge of a side for the 400th time of his managerial career.

“It’s all about the chances you create. Our set-up was perfect. They didn’t have a chance that I can recall. It was as strong an away performance as a unit that we’ve put in all season. Against a team that’s dominant here and is third in the league. We’ve nullified it.

“The first goal was unbelievable. When you see it back, you will not believe how much that ball has moved. You think, that’s some strike. Then you see the second which was ten times better.

“My players have done nothing wrong here today. From my perspective that’s all I can ask for. You’ve got to look at today and say we’ve played well here. I don’t think many teams have come here and done this.”

“We’ll play a lot worse than that and win,” added Robinson.

“Thats the sign of a good team. We’ve come to a top team and really performed to a high level.”

Robinson didn’t get the result he wanted from his 400th game as a manager but said that he felt privileged to have spent so long in the game.

“That’s probably the best goal I’ve seen in the four-hundred,” he said.

“I’ve been very lucky over that period of time. My family have had some difficult times and some moments where I think why am I’m doing this job, but overall, I’m so fortunate to do it. I won’t see two better goals against my team in one game in the next four-hundred.”