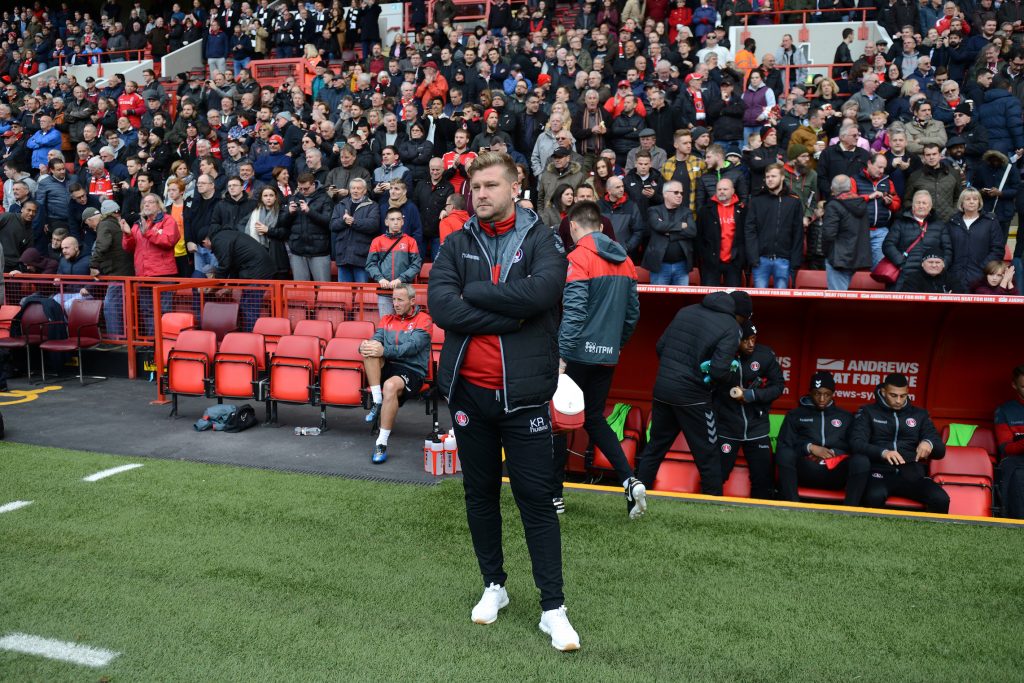 Charlton boss Karl Robinson is ready for whatever comes his way when he takes his side to AFC Wimbledon in the second round of the FA Cup.

Monday’s draw paired the Addicks with their fellow South Londoners, just weeks after Robinson was targeted for abuse by sections of the travelling Wombles support during Charlton’s 1-0 League One win at The Valley.

Robinson, disliked by AFC Wimbledon fans due to his long-running association with Milton Keynes, is prepared for another bout of verbal jousting ahead of the cup tie.

“I’m sure it’ll be great for you, column inches and everything else,” he told the assembled press following his side’s 1-0 defeat to Portsmouth in the EFL Trophy.

“I’m sure I’ll say something stupid in the build-up to the game and get myself in more trouble with them, that’s probably a banker. If I can wind somebody up it’s something that I can definitely do, but I’ll get it back.

“It doesn’t bother me really. Whatever comes my way will come my way. It doesn’t really bother me, I think you know me better than that. It’s a great draw for the club, a local derby. To go up against them again, it will be a great challenge for us as a team, regardless of whether they like me or not. It’s not about me, its about the two teams going toe to toe.

“I had a chuckle. I was going to meet a friend in the city. I had to Facetime my daughter. I pulled over and watched it on Facetime with my daughter, whose only eleven. She was telling me everyone who came, whoever vs whoever. Then she went AFC Wimbledon. Oh no Dad, Charlton. I thought she was winding me up. She said I wont be coming to that.

“It’ll carry on. It will never die down about where I’ve been or what I’ve done for another football club and what I’ve said about certain things. People can ridicule you and be so bitter and cruel in what they say, but at no stage do I ever lower myself to being disrespectful or anything like that. It’ll be a great game. And you’ll certainly have a headline the day after the game, regardless of what happens.”