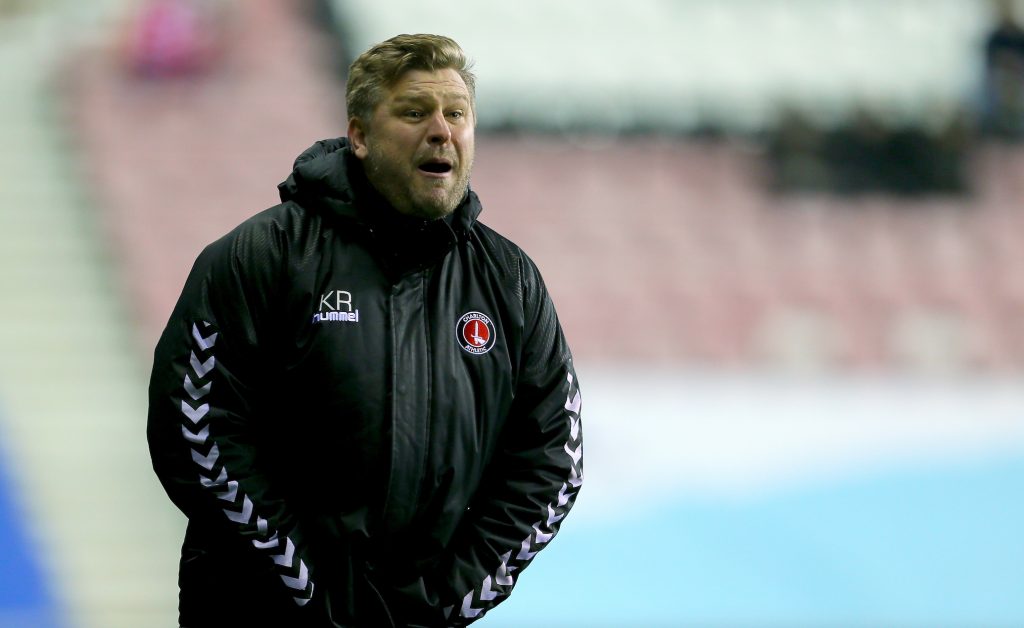 Karl Robinson hopes that any takeover at The Valley happens quickly as he prepares to herald a new era in SE7.

Charlton CEO and director Katrien Meire resigned from her posts at the club yesterday, with unpopular owner Roland Duchatelet confirming that he is in negotiation with a number of parties over a possible sale of the League One outfit.

Robinson wants the transition to happen as soon as possible with the January transfer window just around the corner.

“Whilst there’s this if, but, maybe –  it needs to be resolved for the sake of this club and these players,” explained the Addicks boss.

“I see the fans, what they care about. We need it resolving. I’ve been told it will be. We just move on now and we get ourselves a new era if you want to call it that.

“Whatever goes on we need to make a decision quickly as we’re in January. We want to go up. We’ve built a team at this football club that cares. We’ve got rid of a lot of players, we were flying at the beginning of the season. You’re going to get fans that are unhappy with certain things and I understand that but we’ve had 7-8 players of our starting eleven not fit and were still in the mix here. We need players in quickly.”

Robinson had previously admitted that his job may be on the line should a takeover go through, and says that he’s still none-the-wiser as to whether he’d be kept on after any change in ownership.

“That’s part and parcel of football,” he explained.

“It’s for whoever takes over this football club. We’ve all been told it’s going to be sold. That’s their prerogative.

“I’ll tell you now, if this ends today I’m going to be one of the proudest men that you will see because I’ve done what it says on the tin. What I came here to do. I came here to sort things out. We came here as a unit, as a coaching team to change the wage bill, tom recruit young players, to play the young academy players. To integrate the academy staff, to integrate everything at the training ground, to change the methodology, to recreate a DNA and to put a team on the pitch that cares. You can write that, it’s not down to me to say if it’s been done or not. But as a manager looking on I’m so proud of the staff, the players and everybody for what they’ve achieved.

“Whilst I’m here I will keep this team together. We will keep marching on, doing our is best to support what we believe is the future of this football club going in the right direction. But I’ve been saying that for a while.

“Katrien was in tears as she broke the news yesterday to staff. My question – there was a coldness because I’ve still got the future of the football club in my hands – who do I report to, why do I report to him. I’ve got very clear guidance, I’m not in the dark. It’s clear, it’s precise.

“There’s takeover talk as you all know about. Whether in the next 14 days, seven days, three months, four months we don’t know. The due diligence has to be done, the money has to be brought up I believe. You’re talking to a football manager not an accountant here but there’s so many logistical and legal things you have to go through with a football club.”