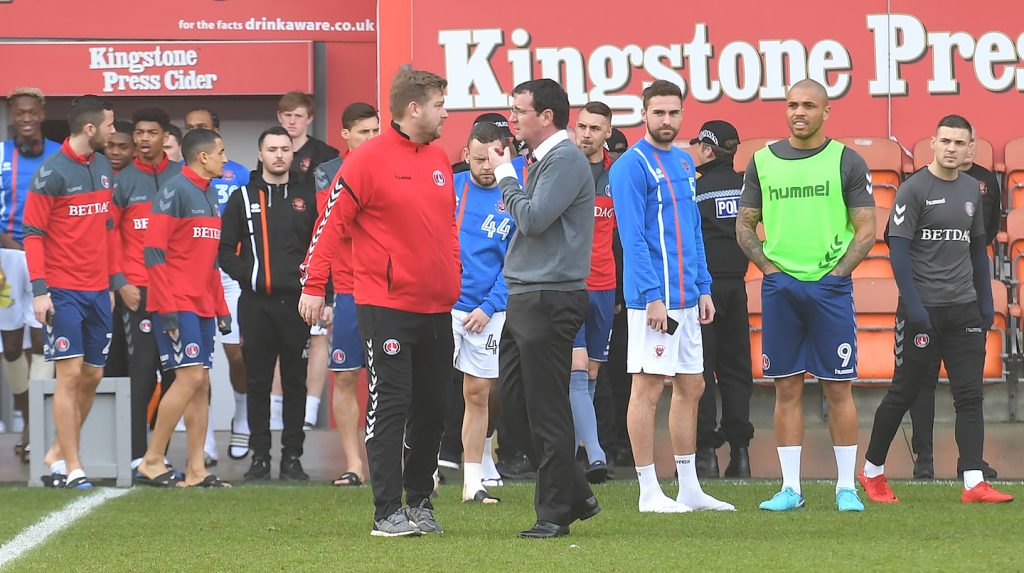 Karl Robinson says he may just be uncontactable for the last few days of the transfer window – as his phone is broken and he’s feeling under the weather.

The Addicks boss quipped that he will be looking to go off-grid with Wednesday’s deadline day looming and star defender Ezri Konsa still at the club – whislt rubbishing reports that a fee of £8m had been agreed between the South Londoners and Premier League outfit Brighton – saying that they were untrue.

“I’m not well. I can’t be contacted for three days,” joked the Charlton chief.

“I think I’m going to be ill for a few days. And my phone’s broken, weirdly. So no one can contact me.”

“You worry about every one of your talented players,” responded the Liverpudlian when asked about centre-back Konsa, who has also been linked to Merseyside giants Liverpool and Everton.

“The unpredictably of the game is what it is. And all them five or six premier league scouts that were here to watch him today (for the postponed game with Blackpool). That’s a shame, isn’t it”.