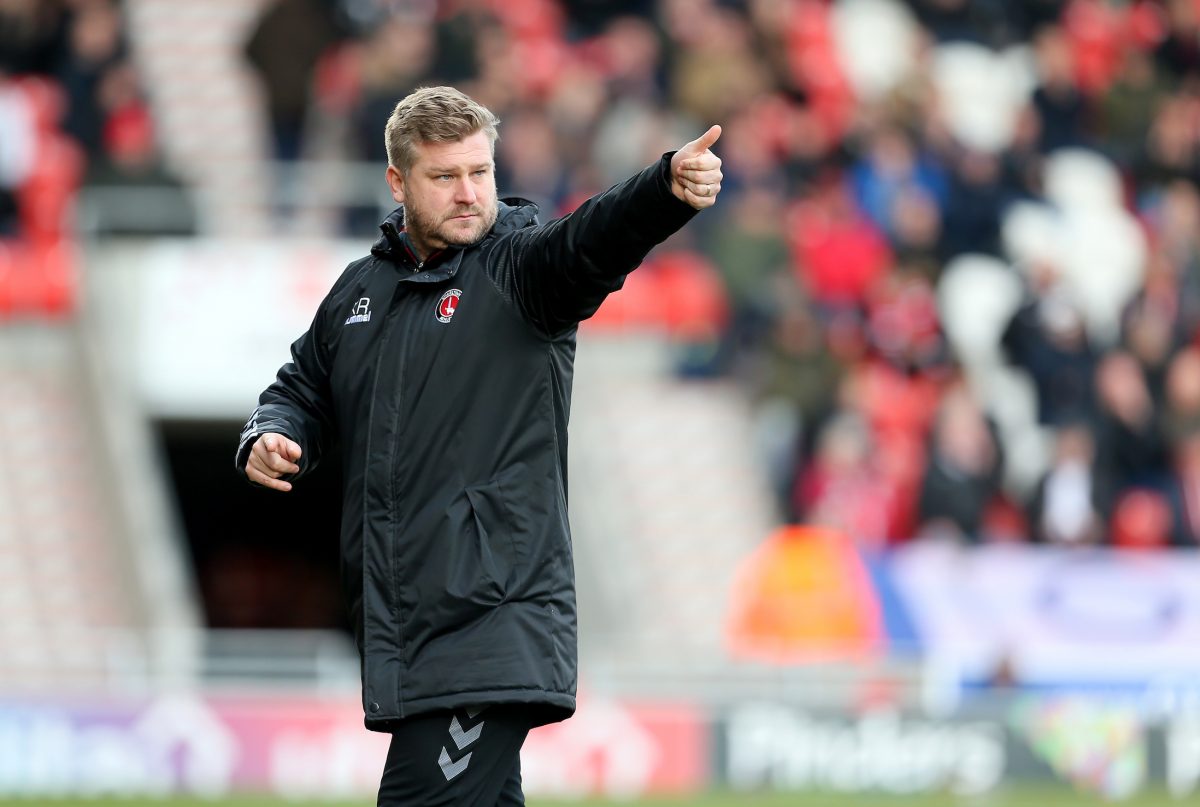 Karl Robinson is desperate for his side to show a more ruthless streak as they once again failed to turn a winning position into three points at Doncaster.

Matty Blair’s 94th minute leveller, after a shot ballooned into his path via a freak deflection, denied Charlton a win on the road at the Keepmoat Stadium.

Patrick Bauer had given the South Londoners a first-half lead, but despite creating numerous openings, they were unable to add to their solitary strike and kill the game off.

Rovers’ late goal meant it is now two weeks in a row that Charlton have been denied in the dying stages, following Oxford’s late turnaround at The Valley last week.

“We have to be more ruthless,” said the Addicks boss.

“We have to have more of an edge. We need to find that ruthless edge.

“The big thing for me is if you don’t take your chances at 1-0. I said this last week. We need to be more ruthless when we go 1-0 up. We were excellent today. But we’ve not turned a very comfortable position into three points.

“I don’t think the players did anything wrong. It took two deflections and players are throwing their bodies on the line. It hit someone and looped. Everything we did today was to sure it up. They did not create a chance. So we’ve done our job. But they have a lucky deflection and it drops to someone who scores.”

Fellow top-six contenders Bradford City also dropped points today which means that Charlton are still well in the race for the play-off positions.

“We’re two points outside the play-offs with two games in hand,” Robinson added.

“If you offered that to Most teams they would take that right now. But still, if we don’t learn right now from these situations, the season will just drift away.

“We’re miles ahead of where we were last year but because of the perfections we’re trying to achieve – we’ve got to be more ruthless.”

One thought on “Karl Robinson: The players have to be more ruthless – then Doncaster score from a lucky deflection”