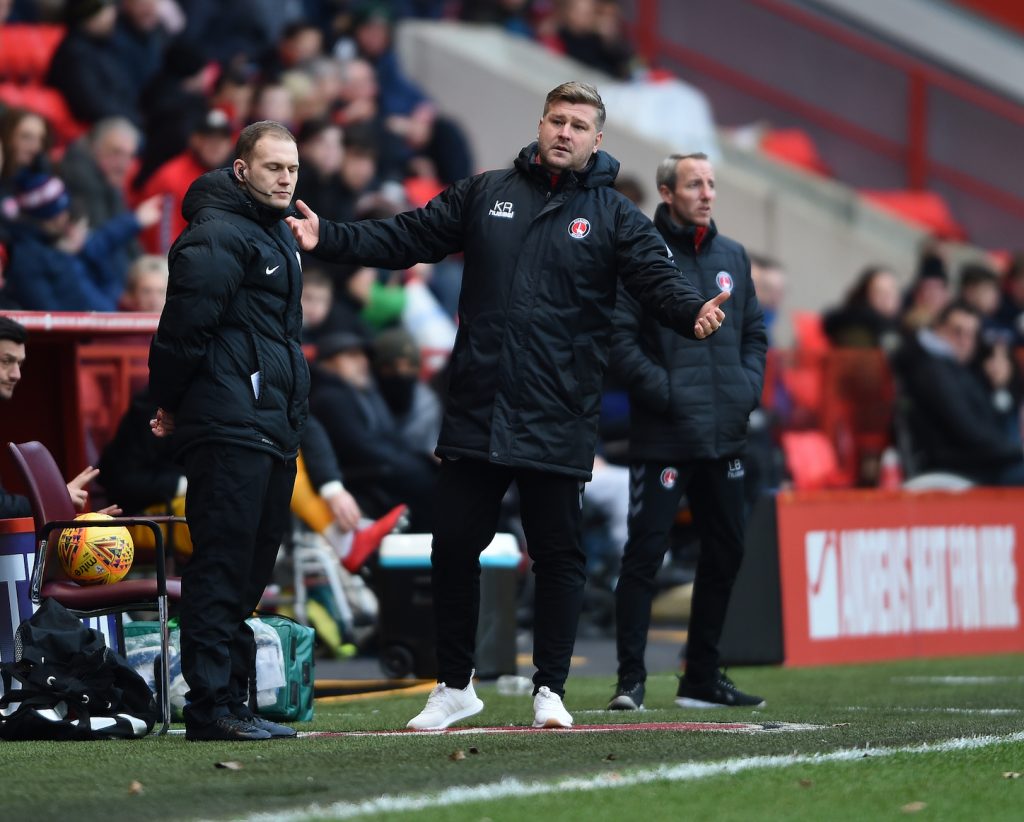 Karl Robinson says today’s win over Oldham Athletic is just papering over the cracks because of the issues behind the scenes at the club.

The Charlton manager revealed on Thursday that he doesn’t expect to make any further signings in this January transfer window, with owner Roland Duchatelet unwilling to splash the cash as he prepares to offload the South London outfit.

Stephy Mavididi’s first-half goal secured a first league win in nine for Robinson’s men, who sit just one point outside the play-off places.

“It’s a great result, that’s all it is,” said the Addicks boss.

“It’s papering over the cracks behind the scenes at the moment. Let’s not beat around the bush. We’re in January and we need to bring players in.

“I was saying this in the middle of December, this is something we need to do. We’ve known this for a few weeks and it’s almost like everyone has sort of accepted it. I’m not going to accept it. I really love being here and so do the players. We weren’t there technically today but we were certainly there in heart. I think every player left their body on the pitch.

“It was important to get [three points], important for the fans who have stuck with us through a difficult time in relation to the results, maybe not the performances. The performance wasn’t there today but the result certainly was.”

Robinson admitted that he’s heard no further from above on the progress of any change in ownership, and says that work he and his staff are putting in to try and encourage players to join the club is going to waste.

“We’ve lost where I go to get deals done at the moment,” he said.

“I’m speaking to agents, I’m doing every job. My staff, from Lee Bowyer, to Johnnie Jackson and Steve Gallen (Charlton’s head scout), we’re doing three or four jobs more than we are. We’re not leaving the training ground until 9pm at night and getting in for 7.30am. That’s just what we’ve got to try and do at the moment. I care so much. I’m trying my best; my staff are trying their best and the players who we have are still fit are trying their best.

“Everyone works so hard behind the scenes. I’ve said this before – if you’re going to take over a club – take this club over. Trust me. The infrastructure is here. The players are here, they need building on. The fan base is here. The area is ready to go again. What a great moment to take over a club. The owner has said he’s selling it. So, come on, step forward and get behind this club. Come and guide something to a bit of success because it’s long awaited.

“Regardless of whether I’m here or not, that doesn’t matter. It’s about the people who come in and where we go from here. The stability the football club needs, the work ethic, the desire. Everything that goes with it.”

One thought on “Karl Robinson: Win over Oldham just papers over the cracks of transfer issues off the field at Charlton Athletic”