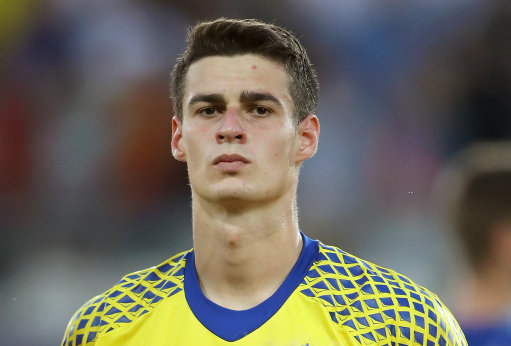 Chelsea have signed Spanish goalkeeper Kepa Arrizabalaga from Athletic Bilbao for £72million in a seven-year deal.

Chelsea were forced into signing the 23-year-old after Thibaut Courtois went on strike, refusing to return to SW6 after his holiday following the World Cup.

The Blues had to cough up the world record for a goalkeeper as it was in his release clause at Atletico Bilbao.

Kepa has only playe 50 times in La Liga.

He said: “It’s a very important decision for me, for my career, and also for my personal life.

”So many things attracted me to the club, all the titles the club has won, the other players, the city, the English Premier League. It’s an accumulation of things, and I am very glad Chelsea has decided to trust me and to take me in as well.”

The deal was brokered by director  Marina Granovskaia, who said: “Kepa is a talent we have admired for a long time and we are extremely excited about his arrival. He has already demonstrated fantastic quality and consistency and will be a big part of any success Chelsea have in the coming years. His long-term contract reflects the belief we have in him and we look ahead to the coming seasons with an enormous sense of optimism.”

Weyher he plays on Saturday against Huddersfield Town is down to head coach Maurizio Sarri. But it’s odds on he will.