A man who was found with £1m worth of cocaine has been jailed for 15 years.

Simon Tozen, who was living in Cromwell Road, Kensington was on Wednesday found guilty by a jury of five counts in relation to drug offences and sentenced at Kingston Crown Court on Thursday.

During the trial, the court heard that on July 31 last year, Met officers attended the Cromwell Road address in order to execute a search warrant.

Tozen was arrested as he was seen leaving the apartments. When spoken to, he stated his name was Simon and when asked where he had come from said he had been visiting a girl. He was asked where she lived and was unable to tell officers what flat he had come from.

Keys were found in a bag being carried by Tozen when he was detained. He was taken back up to the apartment that the search warrant was going to be executed at.

He later claimed the belongings in the flat were his and he was from Germany. He also said he had only been here for a few days.

On entering the one-bedroom flat there were no other people present and it was clear to see Tozen was living at that address alone.

Officers commenced searching the premises and in the kitchen a large suitcase was found within a pantry cupboard. The suitcase was locked with a padlock. The key to this lock was found on the keys, which had originally been taken from Tozen when he was detained.

On opening the suitcase, officers identified a large quantity of cocaine. The cocaine was in large, compressed, taped blocks, wrapped in black socks. Also in the suitcase were metal plates, scales and cutting equipment.

There were smaller amounts of sample bags of cocaine individually wrapped within the bag.

Next to the bin, in a large bag were empty packages of what was believed be 1kg blocks of compressed cocaine.

In total there were 20 of these packages. The drugs had been removed from these packages and it is believed that they were being contaminated in the kitchen, with mixing agent added to increase the amount of cocaine to be sold on.

Hand blenders, mixers and accessories to adulterate the drugs were also found therein. In essence, Tozen’s flat was a drugs factory. 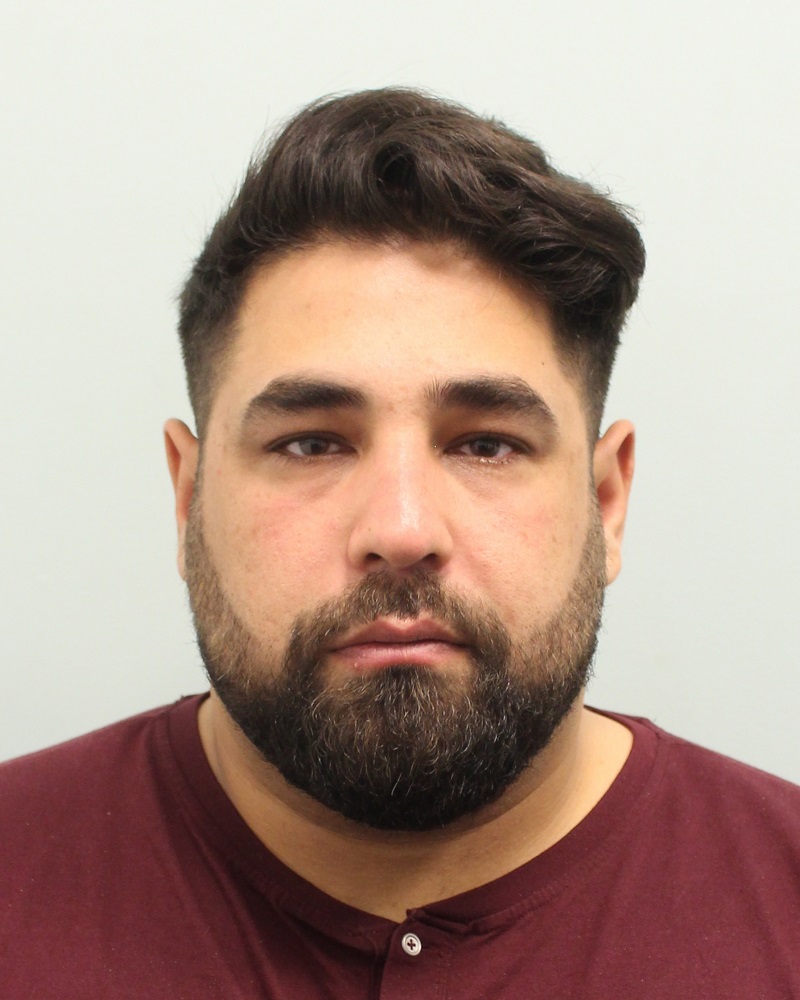 Officers searched the rest of Tozen’s property. In the bedroom there was a black bag which contained a number of elastic bands and £1,000 binders, which are used to wrap around £1,000 bundles of cash. There were empty SIM card holders, which had codes written on them and dates.

The bag Tozen was stopped with also contained more than £2,000 in cash and two highly encrypted mobile phones. He also had two further phones, an iPhone X and a Samsung.

Tozen was arrested and cautioned for being concerned in the supply of Class A drugs. He made no reply. In interview he made no comment to all questions put to him.

Tozen had pleaded guilty at an earlier hearing to drug offences in his role as a courier.

However, due to the overwhelming evidence, the indictment was changed and he was found guilty by a jury on Tuesday of two counts of possession with intent to supply, two counts of being concerned in the supply of Class A drugs and one count of possession of criminal property.

Acting Detective Sergeant Vanessa Calafat, from Specialist Crime South, said: “Tozen was running an extremely sophisticated drugs factory from his flat and tried to skulk away as my colleagues were about to start their warrant at his address. Sadly for him, his weak excuse was too transparent and we were able to see right through it and arrest him before he fled.

“By removing all of Tozer’s drugs and paraphernalia, I have no doubt that we have massively disrupted a major drugs network operating in London.

“The supply of Class A drugs has an intrinsic link to the violence we have seen playing out on our streets and Met officers across all of London are working tirelessly to dismantle these suppliers and put people like Tozer behind bars.”

If you have information about someone you suspect to be involved in criminal activity and you do not want to speak to police, please contact the independent charity Crimestoppers on 0800 555 111 or by visiting their website.