If Lee Bowyer’s bedraggled bunch never see the White Rose county again, they might consider it’s a day too soon. So it’s a relief that Hull – their next stop on the road -was airbrushed out of Yorkshire years ago.

Wednesday’s woes in Sheffield loaded the weight of the world on Bowyer’s slim shoulders but there were, at least, straws to which the beleaguered manager could cling. Lyle Taylor had been desperately unlucky to hit the bar, while the last gasp free-kick which Steven Fletcher eventually headed home, was dubious. Probably justified but dubious. Added time defeat is a bitter pill to swallow and there was some sympathy for Bowyer’s heartbroken troops. 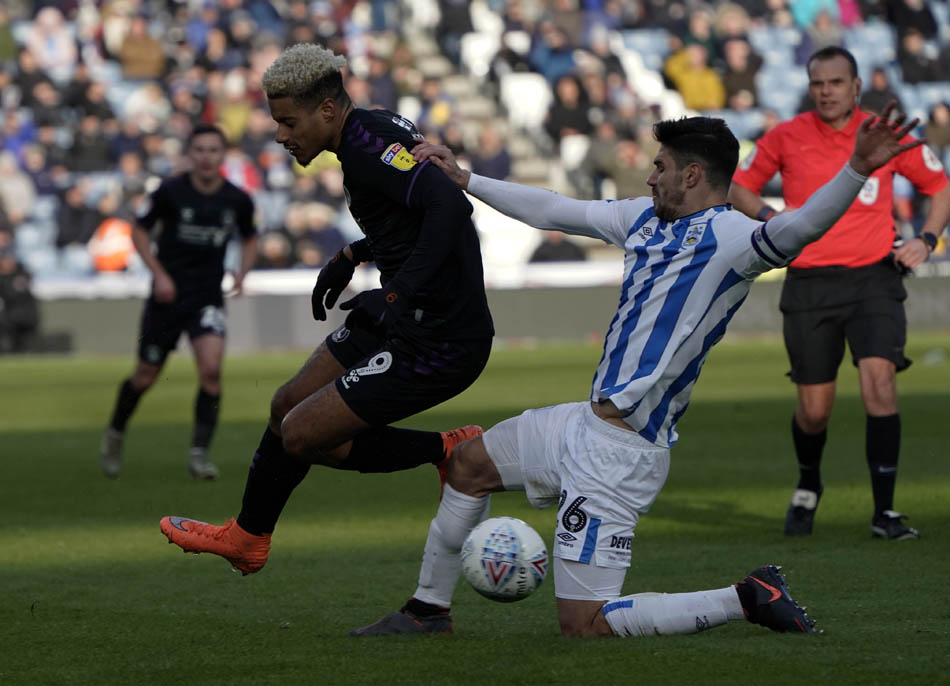 There was no such consolation in wind-torn Huddersfield, where Charlton were abject losers -spiritless, spineless, soulless losers, pointless in all senses of the word.

You’d come across more naked aggression among the nuns of Nonnatus House. Every second ball belonged to Town, every 50-50 challenge was won by a blue-and-white shirt.

It was men against boys and a walk in their attractive park for chief tormentor Karlan Grant and his chums. By the end, even Taylor’s head showed signs of dropping. 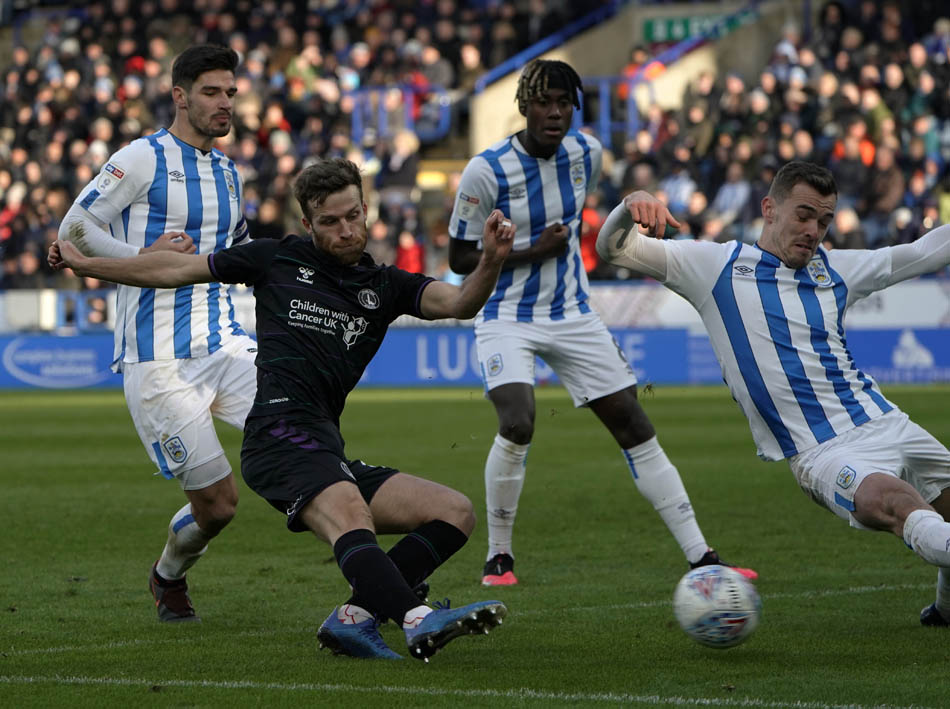 Without centre-back Tom Lockyer due to suspension, Bowyer made three changes from the Wednesday debacle, with George Lapslie, Aiden McGeady and Andre Green replacing Lockyer, David Davis and Macauley Bonne.

Having received  negligible help in the January transfer window, the manager adheres faithfully to a rotation system, which sees fringe players popping in and out of the starting line-up like fiddlers’ elbows. 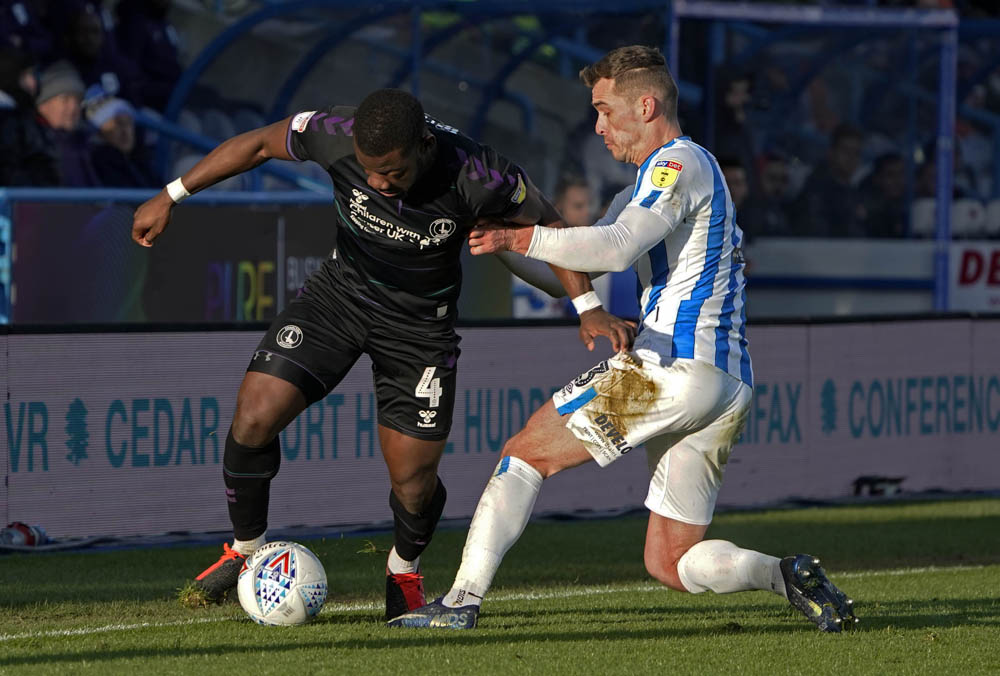 The return of his injury victims was supposed to signal an upturn in Charlton’s fortunes, instead of which his constant tinkering suggests he still hasn’t settled on his best team.

Erhun Oztumer or McGeady, Green or Bonne, those are among the current dilemmas. Another relevant question might be why the club’s best left-back – Ben Purrington – is now a bench warmer?

And come to that, why is Chris Solly’s calming experience not even among the substitutes?

It took the Terriers a puzzling 25 minutes to score and a further 50 minutes to finish off their hapless visitors. 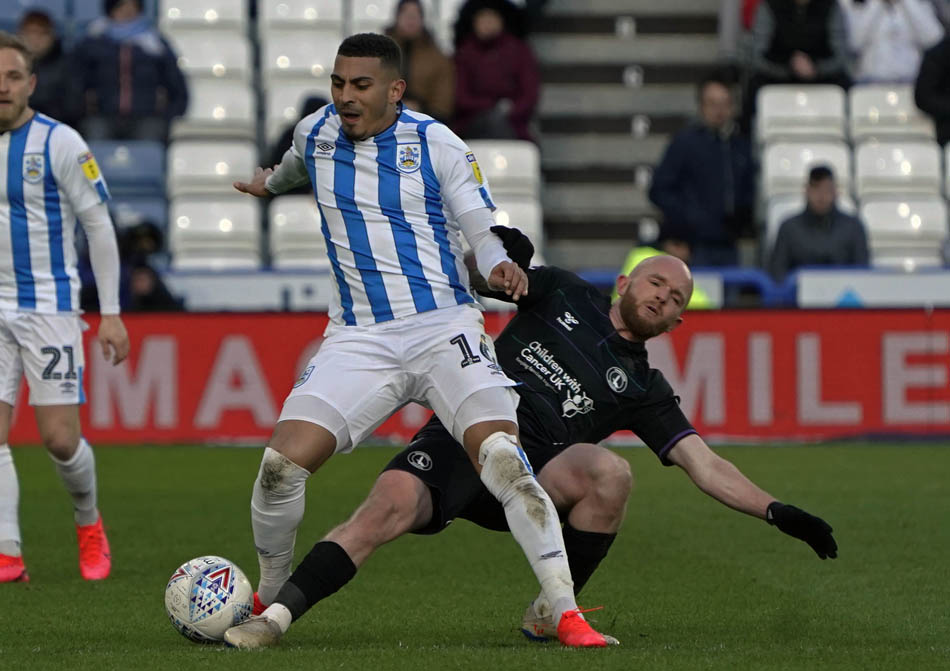 Inevitably it was Grant who answered some drearily inevitable abuse by claiming the opening goal, though it must be said that Deji Oshilaja and to a minor extent, Lapslie, did their bits.

Lapslie’s pass back to Oshilaja was underpowered, the latter’s panic-stricken donation of the ball to Grant gratefully accepted and ruthlessly drilled past Dillon Phillips. On the credit column, Oshilaja’s determined run to the right byline set up his side’s solitary genuine chance with a clever setback which Josh Cullen blasted over the bar from the edge of the home penalty area. 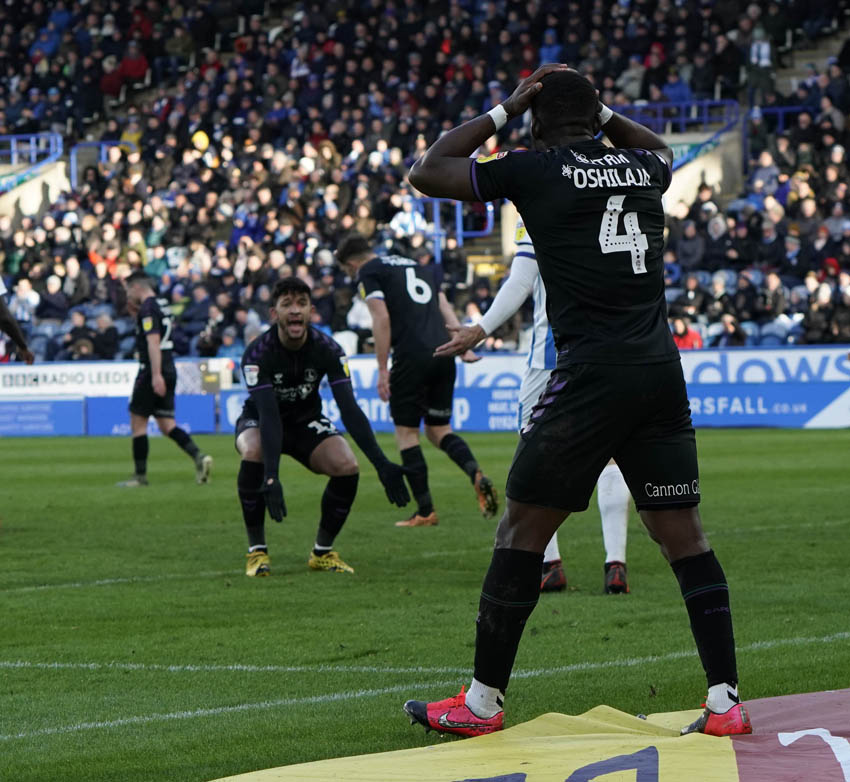 And let’s not forget that Oztumer’s low drive drew a sharp save from Jonas Lossl in the first minute.

With 15 minutes left and with Charlton still theoretically in the game, Town finally tumbled that they had nothing to beat and mercifully put their victims out of their misery.

Substitute Steve Mounie knew little about the low left-wing cross he bundled over the line – with his arm according to an incandescent Phillips – but they all count. 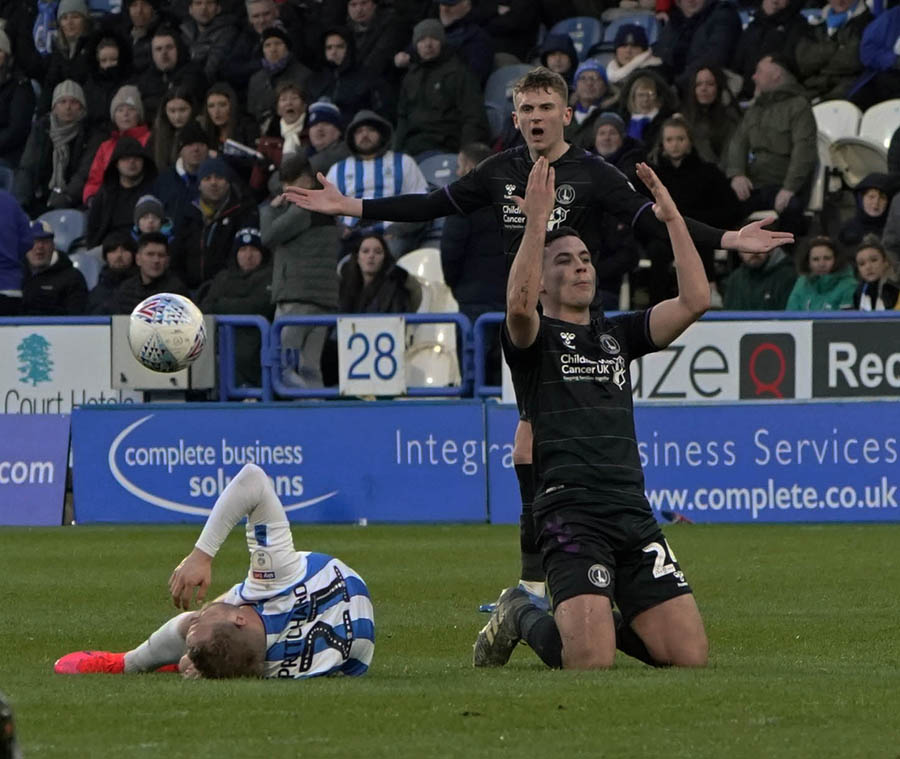 Both goals arrived during added time and while hardly crucial to this result, may yet ultimately send Charlton down.

Their vastly superior goal difference, so Addicks smugly assured themselves, could be worth an extra point in the final analysis. It was once their ace in the hole – now it’s a busted flush.

Huddersfield, for example, picked up eight goals yesterday and are now only one worse off in the GD column. There really is no silver lining to the dark cloud which hung over these unravelling Addicks in God’s own county.

Detailed study of the Championship table, meanwhile, is not recommended for Charlton supporters who experience attacks of vertigo. 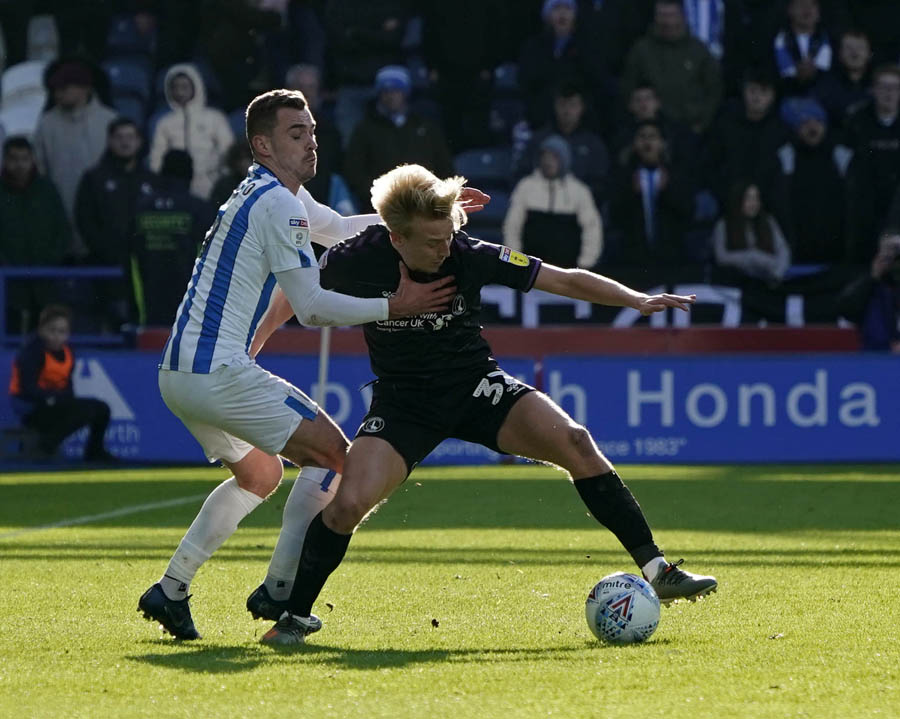 There is, to be sure, the comfort of the five-point gap which continues to insulate them from Barnsley and Luton, both of whom they beat at The Valley last month.

But a three-point blanket covers six more candidates for the remaining relegation place, among whom are Middlesbrough, due at The Valley on Saturday and Hull City, who await Charlton a week later.

The euphoric 3-1 victory over Luton which sent the Addicks off to be humbled up north seems now a distant memory but can be found in the fixture list as recently as February 22.

It seemed at the time that they had turned a corner and were on their way to safety. But just when they thought they were out… Wednesday and Huddersfield pulled them back in…