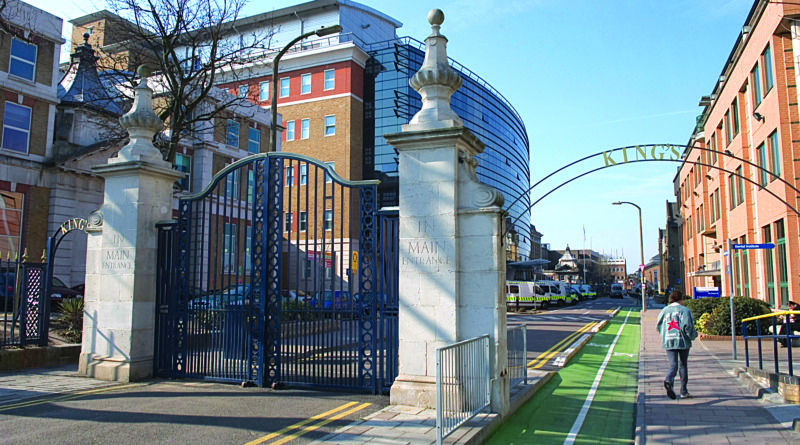 A hospital’s newly built £100m intensive care unit looks likely to be closed for months after it failed fire safety checks, leading to seriously ill patients being moved out.

King’s College Hospital has had to shut its critical care unit (CCU) after its own engineers and London Fire Brigade inspectors said it could be unsafe because of fears the panels on the outside of the unit could make it easier for a fire to spread.

The trust has declared a critical incident over the closure at the CCU, which opened in April and is the biggest and most advanced unit of its kind in the NHS. It has played a key part in helping King’s care for seriously ill Covid-19 patients.

It holds up to 56 patients, and had 21 when the critical incident was declared on Wednesday morning. They are being moved to other parts of the hospital, including a critical care ward that had been closed for refurbishment. Other critical care wards that are not part of this new unit which remain operational.

The hospital is doing urgent remedial work to remove the risk posed by the panels, which may not now be finished by tomorrow, Friday.

The planned opening of its first phase was postponed in November 2018 because of  fire prevention issues.

A spokesman for King’s College NHS Foundation Trust said: “The Trust has closed the new Critical Care Unit so that it can complete the outstanding remedial work inside the unit itself, as well as rectify issues identified more recently

“Before the unit was opened in April as part of the Trust’s response to the COVID-19 pandemic, a number of mitigations were put in place to ensure the safety of our staff and patients. The remaining patients in the unit are being moved to critical care wards at King’s College Hospital, Denmark Hill so that the remedial work can be completed as quickly as possible.”